The Senator told Pence the administration's failure to develop an adequate national testing regime is a 'dereliction of duty.' 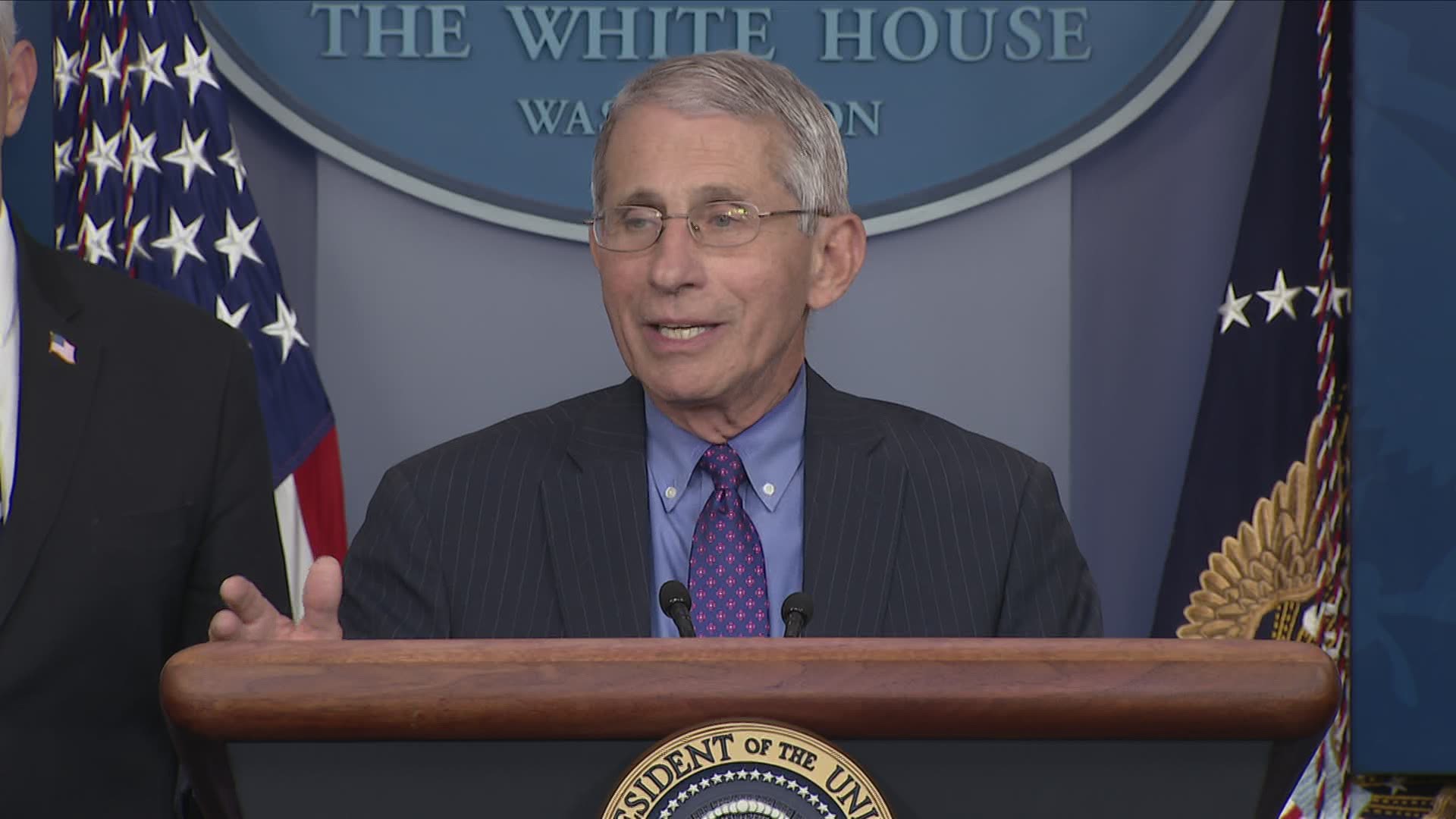 WASHINGTON — Frustration boiled over into anger on a private call with Vice President Mike Pence as Democratic senators questioned administration officials about coronavirus testing plans but left without adequate answers.

At one point in the Friday call, Maine Sen. Angus King, an independent and former governor, told Pence the administration's failure to develop an adequate national testing regime is a “dereliction of duty,” according to a person who joined the hour-long call but was unauthorized to discuss it and granted anonymity.

“I have never been so mad about a phone call in my life,” King told the administration officials, the person said.

The plea for more testing before implementing President Donald Trump's new guidelines to ease stay-home restrictions is a top priority for Democrats. They are heeding the warnings of health officials worried the virus will simply boomerang into prolonged national crisis.

The outburst came as Republicans signaled Friday they are willing to accept Democratic demands for additional federal funding for hospitals as part of an effort to break a stalemate over the Trump administration's $250 billion emergency request for a small-business paycheck subsidy program that's out of money.

House GOP Leader Kevin McCarthy told The Associated Press he is also willing to meet a demand by House Speaker Nancy Pelosi, D-Calif., to set aside some of the requested “paycheck protection” funding for community lenders.

But he said Republicans would draw the line at Democratic demands for additional tens of billions of dollars in additional funding for state and local governments suffering from plummeting tax revenues. McCarthy said Republicans also want replenishment of another Small Business Administration program that offers disaster loans.

“I think it'll be (paycheck protection), the other SBA ... the disaster portion. And probably some hospital money,” McCarthy said in an interview Friday with the AP. “I don't think you'll see any money for states in there because states already have it.” State and local governments were awarded $150 billion last month.

The House met in a pro forma session Friday in which no business was conducted. A Senate session quickly adjourned Thursday without any progress. The next meeting of either the House or Senate is a Senate session Monday that could be used for legislative action if all sides agree.

Negotiations are continuing into the weekend and pressure is mounting since the SBA announced Thursday it has reached its $349 billion lending limit and is no longer accepting applications.

At issue is the Paycheck Protection Program that was a centerpiece of last month’s massive rescue bill. The program gives grants to businesses with fewer than 500 workers so they can maintain payroll and pay rent while shutting down their businesses during social distancing edicts.

But it has been swamped by businesses applying for loans and has reached its appropriations limit. Frustrated businesses are demanding more help, and pressure is intense on Democrats to deliver more.

“They can't sustain this any longer,” McCarthy predicted, citing unrest among rank-and-file Democrats like Dean Phillips, a freshman from Minnesota.

“Many of these businesses — which together comprise the backbone of our economy — are on the precipice of insolvency. Congress must cast aside partisan affiliations and pass relief for these companies NOW. No delay. No excuses,” Phillips said in a statement. "This is for our country’s small business owners, their employees, and their families. We simply cannot afford to let them down.”

Meanwhile, Senate Minority Leader Chuck Schumer, D-N.Y., said more money is needed for widespread, accessible testing for the coronavirus before the economy can be reopened with confidence.

“Right now the testing regime is scattershot and totally inadequate for the job that’s needed to get the country back to work,” Schumer said on MSNBC's “Morning Joe.”

Republican senators also discussed testing on their own private call earlier this week with the president and administration officials. But they counter that plenty of money has already been appropriated for testing.

"In the last month, Congress has given federal agencies up to $38 billion to develop tests, treatments and vaccines," said Sen. Lamar Alexander, chairman of the Senate health panel. "We should start by using the money Congress has already provided, put politics aside, and work together on more tests with quick results.”

Thursday's Senate session featured a short speech by a frustrated majority leader, Mitch McConnell, R-Ky., who said he had cleared the $250 billion package on the GOP side but Democrats would have stopped it.

“Democrats would not let us reopen the program," McConnell said. “This really should be above politics."

On Friday, Trump added his voice, tweeting that the “Do Nothing Democrats” should immediately return to Washington and approve the legislation. “End ENDLESS VACATION!” he wrote.

The Capitol is largely shuttered, requiring consensus from all sides for any legislation to pass, and top GOP leaders are vowing to stick closely to Trump’s request despite Democrats' additional demands.

The Senate is away from Washington through May 4, but it convenes twice each week for pro forma sessions that could be used to pass more coronavirus aid — though only if no senator objects.

McConnell, asked by a reporter whether he could support any agreement reached by Schumer and Treasury Secretary Steven Mnuchin, was noncommittal.

“Well, look, we’d take a look at it. My members want to plus up the small-business program. We think the need is obvious," he told reporters.

Democrats want money for hospitals burdened under COVID-19 caseloads and additional funding for states and local governments straining as the economy slides into recession.

They also want to make sure the Paycheck Protection Program is opened up more to businesses that don’t have established relationships with banks that have been accepting applications for rescue funding.

Republicans are agitating to help rural hospitals, while Democrats are also keen to boost aid to cash-strapped states and local governments whose revenues have cratered. Aiding the states may be a stretch, as the issue can easily provoke fights between large, high-tax states like California and New York and smaller states more typically run by Republicans.