President Trump has pushed for more use of hydroxychloroquine, but the drug maker warns there are still questions about its safety and effectiveness. 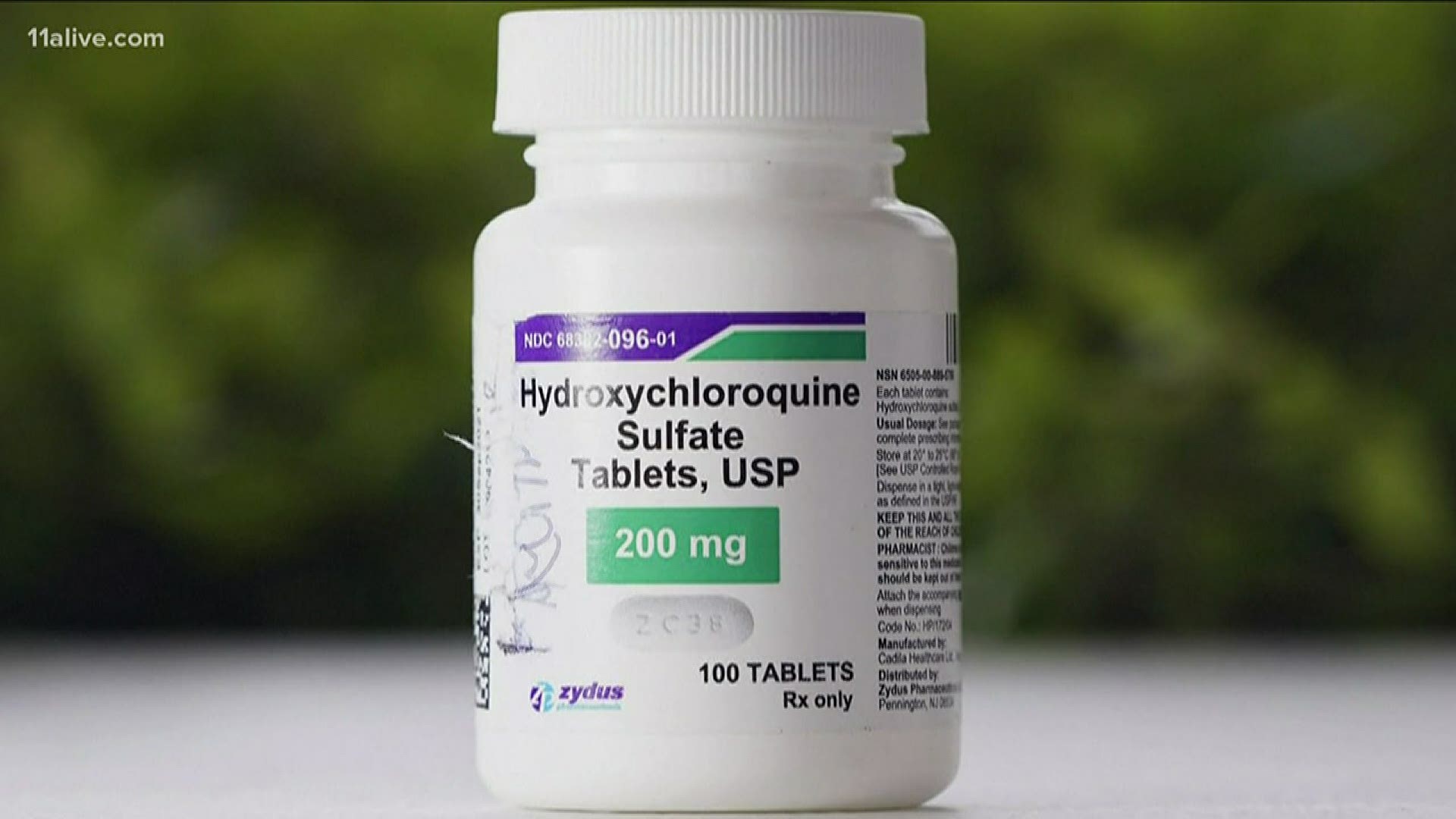 PARIS, France — French pharmaceutical giant Sanofi says it is donating 100 million doses of a malaria drug being tested for use as a treatment against the new coronavirus and touted by President Donald Trump. But the company is cautioning about "serious" side effects and lack of known effectiveness against COVID-19.

In a statement Friday, the company said the hydroxychloroquine doses will be given to 50 countries. The statement did not say which countries would receive them. Sanofi said it also is ramping up production, aiming to quadruple is capacity to manufacture the drug.

Sanofi said it “will continue to donate the medicine to governments and hospital institutions if ongoing clinical studies demonstrate its efficacy and safety in COVID-19 patients.”

RELATED: VERIFY: Conspiracy that COVID-19 deaths are being inflated doesn't add up

But the company also cautioned that hydroxychloroquine has “several serious known side effects” and tests are so far inconclusive over its safety and efficacy in treating COVID-19.

The drug can cause heart rhythm problems, severely low blood pressure and muscle or nerve damage. Taking it outside of a scientific experiment adds the risk of not having tracking in place to watch for any of these side effects or problems and quickly address them if they do occur.

"Not everyone can take this medicine," the company said.

The American Medical Association’s president, Dr. Patrice Harris, said this week she personally would not prescribe the drug for a coronavirus patient, saying the risks of severe side effects were "great and too significant to downplay” without large studies showing the drug is safe and effective for such use.

Sanofi said that “while hydroxychloroquine is generating a lot of hope for patients around the world, it should be remembered that there are no results from ongoing studies, and the results may be positive or negative.”

Trump has been among the drug’s proponents, tweeting that hydroxychloroquine plus an antibiotic could be a "game-changer" and should be put in use immediately.

“What do I know, I’m not a doctor," Trump said during a press briefing Sunday. “But I have common sense.” In promoting the drug's possibilities, the president has often stated, ”What have you got to lose?"

RELATED: VERIFY: President Trump has small financial stakes with hydroxychloroquine, but he doesn’t control them

The FDA issued an emergency use authorization on March 28 for use of Chloroquine Phosphate or Hydroxychloroquine Sulfate supplied from the Strategic National Stockpile to treat COVID-19 patients. The EUA allows the drugs to be given to adult or teen patients as appropriate when a clinical trial is not available or feasible, and with the patient's consent.

For most people, the new coronavirus causes mild or moderate symptoms, such as fever and a cough that clear up in two to three weeks. For some, especially older adults and people with existing health problems, it can cause more severe illness, including pneumonia.

What's the evidence on hydroxychloroquine?

Some small and very preliminary studies give conflicting results. One lab study suggested it curbed the virus' ability to enter cells. Another report on 11 people found it did not improve how fast patients cleared the virus or their symptoms. A report from China claimed the drug helped more than 100 patients at 10 hospitals, but they had various degrees of illness and were treated with various doses for different lengths of time, and might have recovered without the drug — there was no group that didn't get the drug for comparison.

Other researchers in China reported that cough, pneumonia and fever seemed to improve sooner among 31 patients given hydroxychloroquine compared to 31 others who did not get the drug, although fewer people in the comparison group had cough or fevers to start with. Four people developed severe illness and all were in the group that did not get the drug. These results were posted online and have not been reviewed by other scientists or published in a journal.

Finally, the small study from France that Trump touted as evidence of the drug's benefit is now in question. The head of the journal that published it has put out an “expression of concern” about its methods.

Zeke Miller and Deb Riechmann of the Associated Press contributed to this report.