Otis and Carol Menasco have spent the last 26 days in quarantine. Both have tested negative for the coronavirus after spending weeks on the Diamond Princess ship. 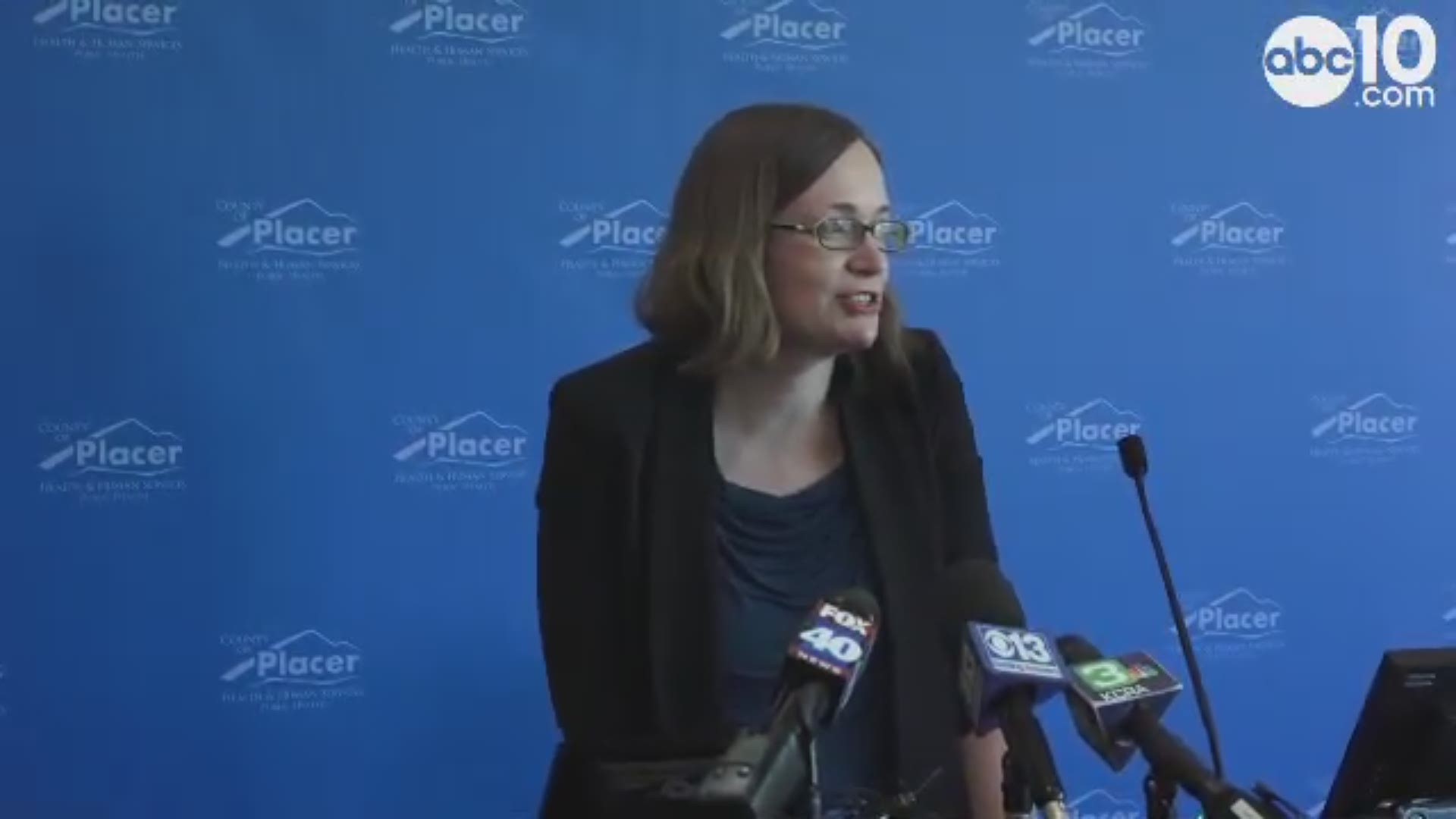 SACRAMENTO, Calif — Otis and Carol Menasco have spent the last 26 days in quarantine, despite both testing negative for the coronavirus (COVID-19). Today was supposed to be the day they went home — the day they left Lackland Air Force Base in Texas and returned home to California.

But after San Antonio Mayor Ron Nirenberg declared a local emergency forcing the more than 120 Diamond Princess evacuees to stay in quarantine for more testing, the Menascos aren’t sure when they’ll finally make it back.

"My wife have had the test twice. We've been in the negative," Otis explained in a video interview with ABC10. "We've had 26 days of quarantine, and we're still not allowed to go home. This has been a terrible day as far as the shock and disappointment. A lot of people becoming very unhappy, including us two."

The Menascos took a two-week cruise around Asia, a usually normal cruise fully equipped with food, gambling and entertainment. But that two-week stay on the Diamond Princess turned into 26 days — 14 of which were spent quarantined inside their room aboard the cruise ship that was docked on the coast of Japan because of the coronavirus.

After 12 days quarantined, Granite Bay couple was evacuated to Lackland Air Force Base in San Antonio for another two-week isolation.

READ MORE ON THE CORONAVIRUS:

On Monday, the final day of a 14-day quarantine at the Air Force base, Mayor Nirenberg blasted the Centers for Disease Control and Prevention for releasing a woman into the public before confirming a third test done on her for the COVID-19 came back positive. The woman was later taken to a hospital for more testing and isolation but not before spending at least 12 hours in the public.

"As mayor of this city I find it totally unacceptable that the CDC would release a patient prior to receiving all test results and potentially exposing the public to this harm," Nirenberg said Monday press conference. "Local health professionals, in whom I have the utmost confidence, are working very hard to prevent the spread of this virus here in San Antonio, and we simply — we cannot have a screw up like this from our federal partners."

Nirenberg declared a local emergency, requesting those quarantined have three negative tests before being released, instead of the CDC’s mandated two tests.

Despite the extra time, the Menascos are trying to stay positive.

Credit: AP
This undated electron microscope image made available by the U.S. National Institutes of Health in February 2020 shows the Novel Coronavirus SARS-CoV-2, yellow, emerging from the surface of cells, blue/pink, cultured in the lab. Also known as 2019-nCoV, the virus causes COVID-19. The sample was isolated from a patient in the U.S. According to a poll from The Associated Press-NORC Center for Public Affairs Research released on Thursday, Feb. 20, 2020, a wide share of Americans are at least moderately confident in U.S. health officials’ ability to handle emerging viruses, and more express concern about catching the flu than catching the new coronavirus. (NIAID-RML via AP)

"We've been taking it one day at a time, just trying to stay upbeat," Otis said. "We've been going through Facebook to talk to our friends. But it's been difficult. It's a long boring day, because they really don't want you to leave the room."

Meanwhile, some Diamond Princess evacuees staying at Travis Air Force Base in Fairfield have to start their 14-day quarantine all over, because Solano County health officials said they were in close proximity to others who tested positive for the COVID-19.

"About half a dozen or so who were, for example, roommates of people who then became a case of cornonavirus," explained Solano County Health Care Officer Dr. Bela Matyas. "So, their quarantine had to start all over."

In total, 170 American evacuees were brought over to Travis Air Force Base for quarantine from the Diamond Princess Cruise Ship. On Monday, two weeks after they arrived for quarantine, 140 people were released to go home.

Maytas said about two dozen were hospitalized after testing positive for COVID-19.

But the issues extend beyond the Air Force base. More than 100 health care workers at UC Davis Medical Center in Sacramento were asked to self-quarantine after being exposed to a patient who tested positive for the novel coronavirus.

"It's a 14-day quarantine, so over the course of those 14 days, we expect them to develop symptoms — from a cold, from flu or something else," Maytas said. "But we don’t know, so we have to test them."

That patient the hospital workers were exposed to is the country’s first instance of community-spread infection, and health care officials are still unsure how the woman contracted the virus. She reportedly had not traveled out of the country or been exposed to anyone who had.

While the patient is showing some signs of recovery at UC Davis. Maytas said there is likely to be more instances of infection with unknown origin.

"At this point, we have to be honest with ourselves and recognize that it is here, and it’s going to be here for a while," Maytas said of the virus. "Whether it stays, that is too early to tell. But the good news is that there is so much we can do to protect ourselves and our families."

According to the CDC, coronavirus (COVID-19) is a family of viruses that is spreadable from person to person. Coronavirus is believed to have been first detected in a seafood market in Wuhan, China in December 2019. If someone is sick with coronavirus, the symptoms they may show include mild to severe respiratory illness, cough, and difficulty breathing.

Currently, there is no vaccine, however, the CDC suggests the following precautions, along with any other respiratory illness:

The CDC also says facemasks should only be used by people who show symptoms of the virus. If you’re not sick, you do not have to wear a facemask. The CDC says the immediate risk to the U.S. public is low.