One day after saying that the White House COVID-19 task force would be winding down, President Donald Trump says it will continue on indefinitely. 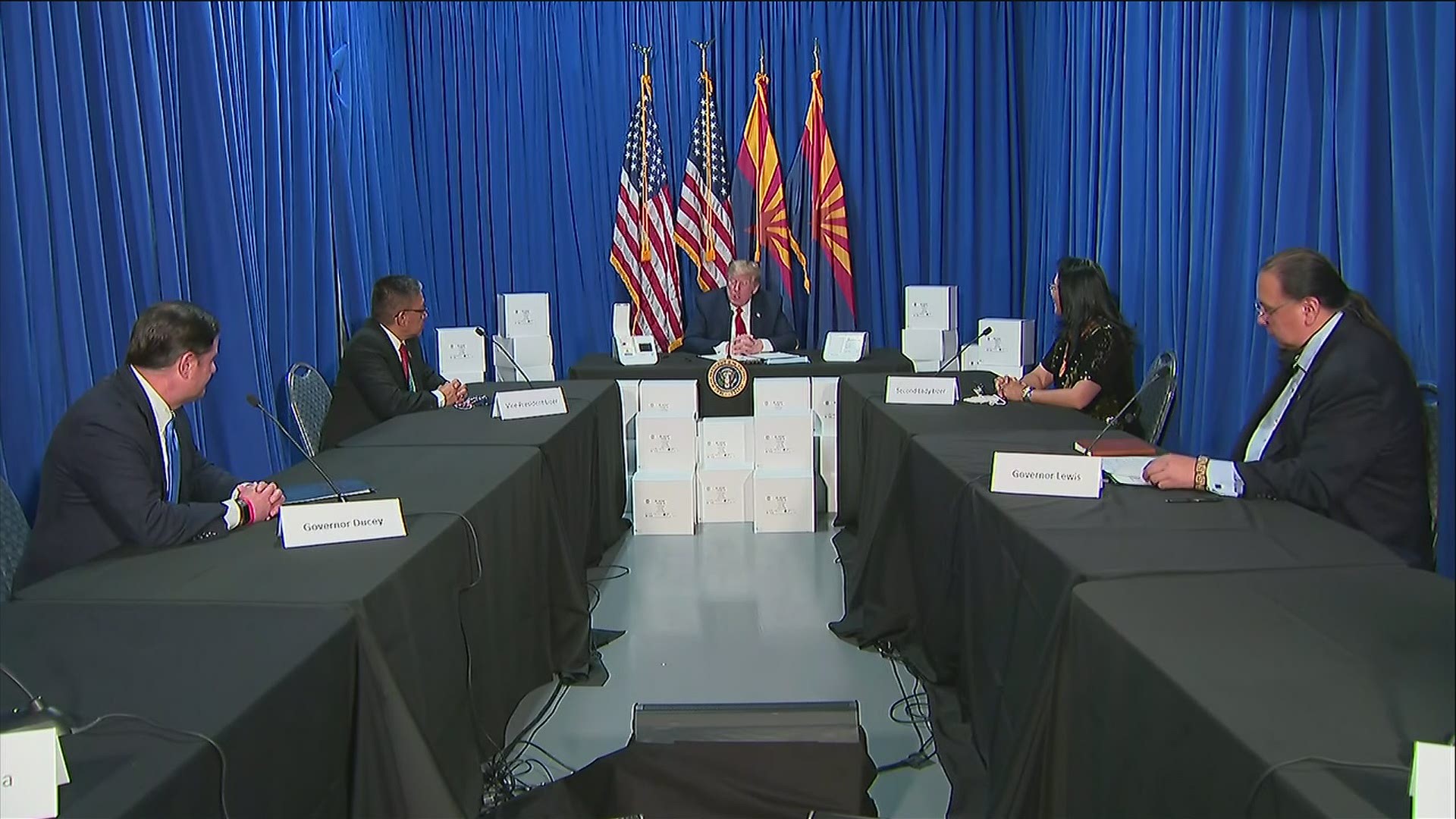 In a series of Wednesday morning tweets, the president announced that the task force "will continue on indefinitely" and that the panel's focus would be on "SAFETY & OPENING UP OUR COUNTRY AGAIN."

Trump's reversal comes as deaths and infections rates outside of New York, the epicenter of the coronavirus, are rising even as states move to lift their lockdowns.

A White House official acknowledged Wednesday morning that signaling that the task force was preparing to shut down sent the wrong message and created a media maelstrom. The official, speaking on the condition of anonymity to discuss internal thinking, said the membership in the task force group would change as the nature of the crisis evolves.

Trump's comments come just one day after Vice President Mike Pence revealed the White House was planning to disband the task force over the coming weeks.

Pence said the administration was beginning to eye the Memorial Day to early June window as the appropriate time to have federal agencies manage the pandemic response in a more traditional way. He added that they've already begun to talk about a transition plan with FEMA.

The president's tweet noted that they may "add or subtract people" from the current task force group "as appropriate."

"The White House CoronaVirus Task Force, headed by Vice President Mike Pence, has done a fantastic job of bringing together vast highly complex resources that have set a high standard for others to follow in the future," Trump tweeted.

RELATED: The second virus wave: How bad will it be as lockdowns ease?

During a trip to Arizona on Tuesday, Trump applauded the work of the task force so far.

"Mike Pence and the task force have done a great job," Trump said. "But we're now looking at a little bit of a different form, and that form is safety and opening, and we'll have a different group probably set up for that.