Pfizer announced Monday its vaccine is safe and effective for children five to 11-years-old. 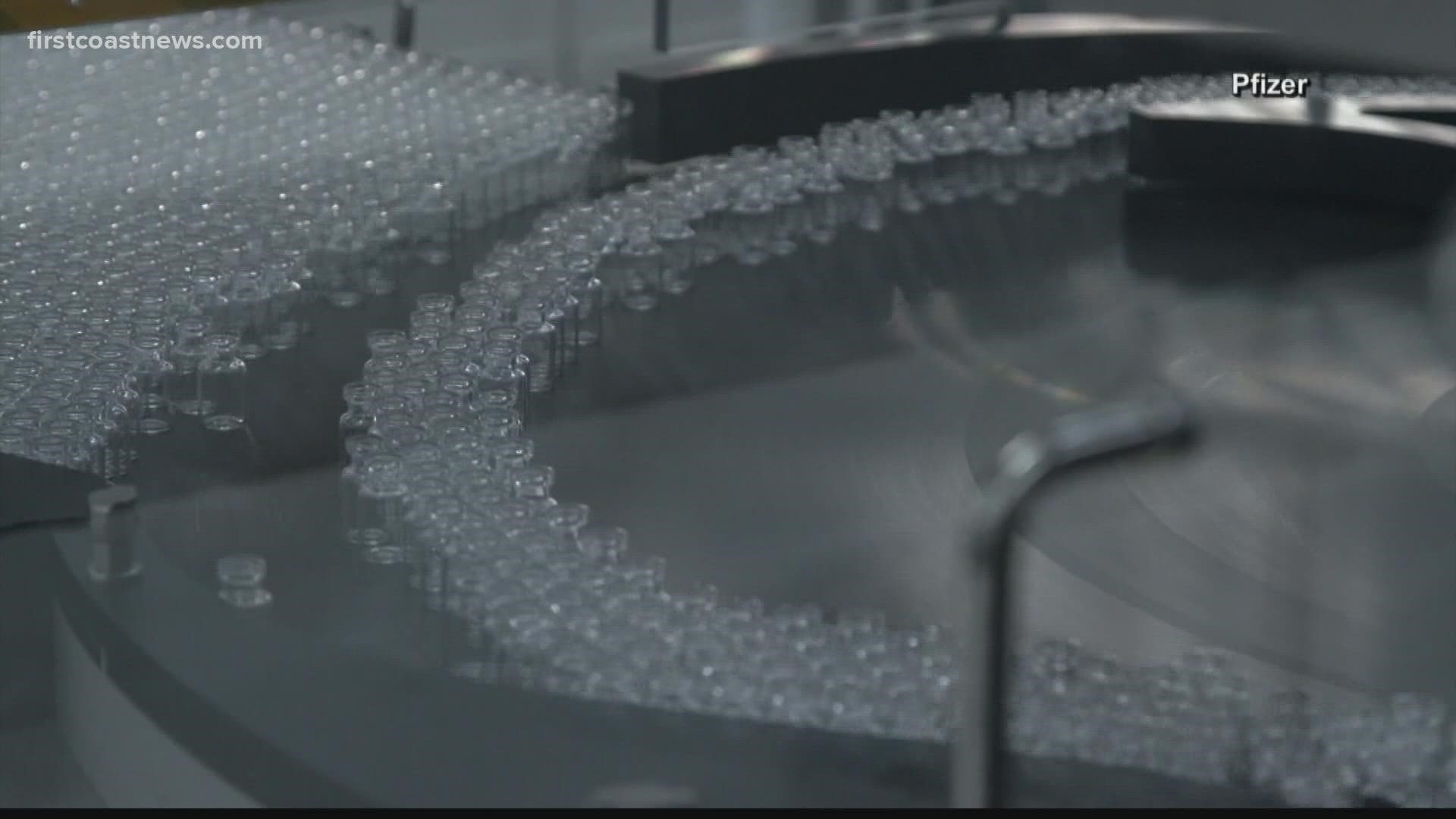 JACKSONVILLE, Fla — Athina Adams said she chose to keep her 5-year-old, Cassandra, home from school this year due to COVID-19.

“I didn't feel safe at all," she said. "I have three young kids, five, three and 18 months old. So, I didn't want her to go in have her exposed. I didn't feel confident to send her at school because we had an excessive spread here in Florida."

She said hearing the news Monday that her daughter could be closer to getting the COVID vaccine is reassuring.

"When it comes to vaccines, we're always first in line," she said.

Pfizer announced Monday its COVID vaccine is safe and effective for children 5 to 11 years old.

The findings are based on data collected in a trial with more than 2,000 children. The children were given about one-third the dose given to young adults, and it produced a strong antibody response, Pfizer said.

While Adams said she will get her daughter vaccinated, not everyone agrees with her.

First Coast News posed the question on Facebook: "Would you get your child vaccinated as soon as it's available?" While some parents said yes, others said no, one commenting, "Nope. Not a chance."

“The pediatric population is the biggest unprotected population in the United States and in our community here in Northeast Florida," he said. "So, it's a very, very important announcement."

According to data from the Florida Department of Health over the past few weeks, children under 12 years old have led every other age group with the highest number of new cases in Florida.

"Assuming that it gets emergency use authorization, we finally have a tool to protect the kids," Koren said.

Pfizer said it plans to submit data to the Food and Drug Administration for emergency use authorization for this age group by the end of the month. Koren said he expects the FDA to have a final decision some time around Halloween.

“What Pfizer did not release today is whether or not infections were prevented," Koren said. “Now, my guess, and this is just speculation on my part, but my guess is that they will give it the green light for the younger population. Because, again, there's no real reason to anticipate that there's going to be any difference in preventing infections, but that will be the question that comes up and there will be a rigorous debate around that."

Koren said he wants to reiterate, though, that everyone should get the vaccine to protect yourself and others, saying it is safe.

"Unfortunately, when you're in a situation that we're in right now, where COVID-19 is widespread, virtually anybody who is not protected will be infected," Koren said.

Pfizer is also testing the COVID vaccine in children under 5 years old, and expects to have those results by the end of the year.