It was a grueling decision for a Jacksonville paramedic, pay her bills and have a roof over her head or be with her 5-year-old son who was at home in hospice care. 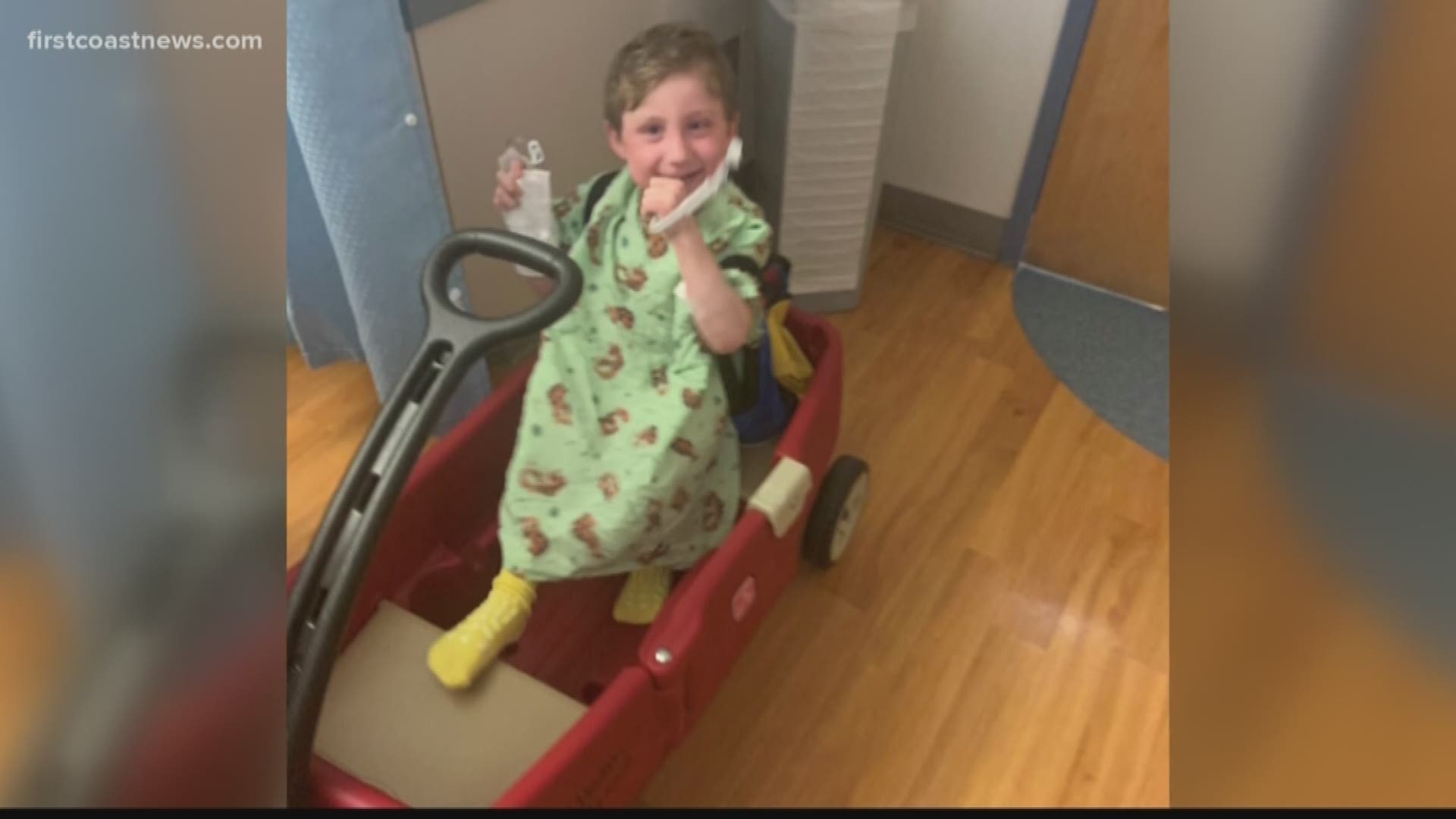 JACKSONVILLE, Fla. — It was a grueling decision; pay her bills and have a roof over her head, or be with her 5-year-old son, Easton Whitaker, who was at home in hospice care.

With mounting bills and rent due, this week Kendall Whitaker, the single mother of two, returned to work from a month-long hiatus. The decision made tougher because Kendall Whitaker is on the front lines of the coronavirus pandemic.

She's a paramedic working in the Emergency Room at Baptist Hospital in Jacksonville. She couldn't risk potentially exposing her immunocompromised son to COVID-19, so she sent him and his older brother seven hours north to stay with her parents in Georgia.

"I love him so much. I would take this from him if I could. I would trade places with him in a minute. I would," Whitaker said. "I don't think there are any words I can say to express how much love I have for my children."

Her son, who just celebrated his birthday two weeks ago, was born with a congenital heart condition that caused the left side of his heart to not form properly. He had a heart transplant when he was two months old and faced many complications since then.

"He's been in and out of rejection to his transplant, and unfortunately because of all rejection, he is not a candidate for another transplant," Kendall Whitaker said. "We just placed him in hospice care because there is nothing more we can do to fix his heart, so it's just kind of trying to keep him as stable as possible for as long as we can. We just don't know how long that is going to be."

Todd Lemmon, a nurse who works with her at Baptist Hospital, was surprised to see her back to work.

"She and I were working very closely with all of the high-risk patients that were coming through the door, so you know people who think I might have this virus, and I want to be tested," Lemmon explained. "She was the one transporting them from triage to the isolation area. She was in harm's way the entire time."

Determined to help he offered to start a Go Fund Me page to help pay her expenses.

"Let me help you but let me also open a window of blessings so other people can help you too because this is something that people care about. There are a lot of people just here at work who would love to help you out if they knew what was going on," Lemmons told her. "I believe that your story is so heart wrenching that it won't just be folks at work. I think you're going to see that the community is going to love on you in whatever way they can."

Lemmon said she was reluctant at first.

"She's not one who likes to receive help. She likes to give help," Lemmon said. "When I told her there were many of us who would like to contribute, she was kind of surprised, humbled, honored. It's an awkward feeling taking help from somebody else when you're not used to it."

While she works to pay her bills, she now communicates with her son through Facebook messenger.

"I just want to be able to bring him home," Whitaker said fighting back tears. "I am just I'm terrified knowing that he's up there, and I don't know how much time he has left and my biggest fear is that I'm working and I'm going to miss it."

If you would like to help the Whitakers you can donate to their Go Fund Me page.