Several gyms and fitness centers in the DMV are offering equipment rentals as a way to draw customers and maintain business during the economic downturn. 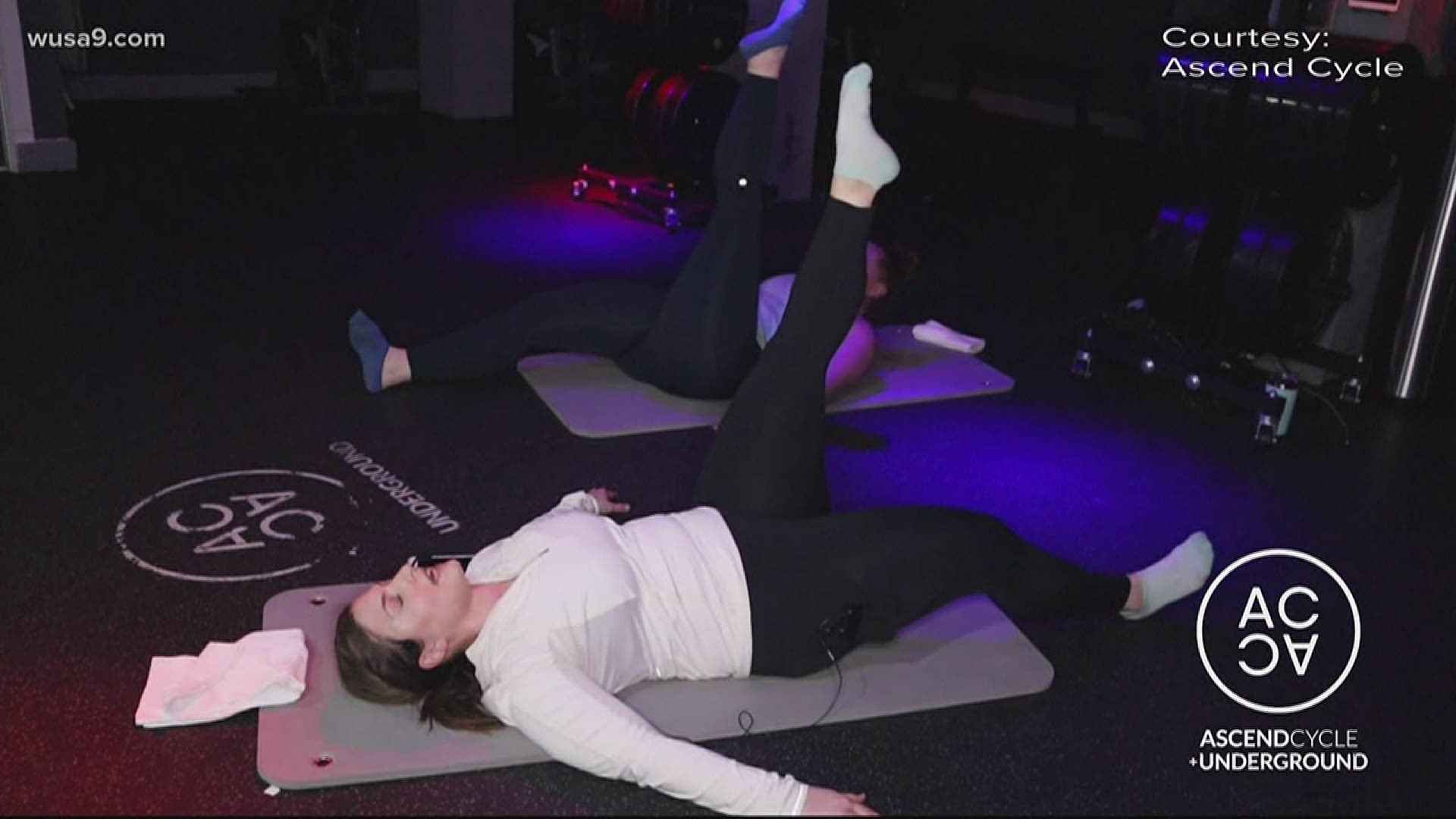 ALEXANDRIA, Va. — With the spread of coronavirus and an economic downturn impacting businesses all across the DMV, gyms, and fitness centers have been renting and selling equipment as a way to draw customers and pay rent.

At Ascend Cycle in Alexandria, a waitlist for bike rentals now stretches long and provides much-needed income for the business.

"It started off kind of slow. It took about two weeks to get the majority of them rented out but now I have a decent waitlist," owner Kat Zajac said. "People in apartments are squeezing it in. They’re putting it in a garage or wherever they can fit it in.”

Zajac said business took an immediate hit beginning in the middle of March when coronavirus cases began popping up around the area.

Since then, the cycle studio has been offering virtual classes as a way to keep going.

"I consider us to be closed," Zajac said. "It’s kind of more maintenance and trying to keep in touch with people. It’s been hard to kind of pivot and adapt."

Despite the tough times, the fitness instructor said the rentals have played a valuable role.

Zajac told WUSA9 that the bikes can be rented for $300 a month or $90 for a two-week commitment.

"This is our lifeline to pay rent," she said. "Right now it’s everything that’s getting us by pretty much.”

Other gyms, like Sand and Steel Fitness in the Alexandria area, are selling their equipment.

Owner Paul Roberts has been posting a variety of items to eBay and attracted many offers.

On Sunday night, kettlebells were being auctioned for between $60 to $142.

Other items up for sale included dumbbells, weight plates, suspension trainers, and barbells.

"Customers were like, 'I can’t find anything anywhere,'" Roberts said. "I was like, 'I have lots of expensive equipment that’s making me no money.' In fact, it’s costing me money because I still have to pay the loans on the equipment.”

Roberts is also offering rentals of his equipment for weekly rates of 5% of the retail value and a security deposit one and a half times the value of the item.

Much like Ascend Cycle, Roberts said the rentals and sales were providing much-needed business.

"We’ve raised a lot of money," he said. "Enough to keep us in business for two to three months.”

As of Sunday, gyms remain closed in the area.

Starting on May 8 in Virginia, non-essential businesses are scheduled to re-open to the public.

However, gyms could still be impacted by social distancing guidelines in the months ahead.

"There are good times and there are times that are not so good," he said. "Now is one of the harder times.”