The damage may require extra time on the sidelines even after symptoms go away. 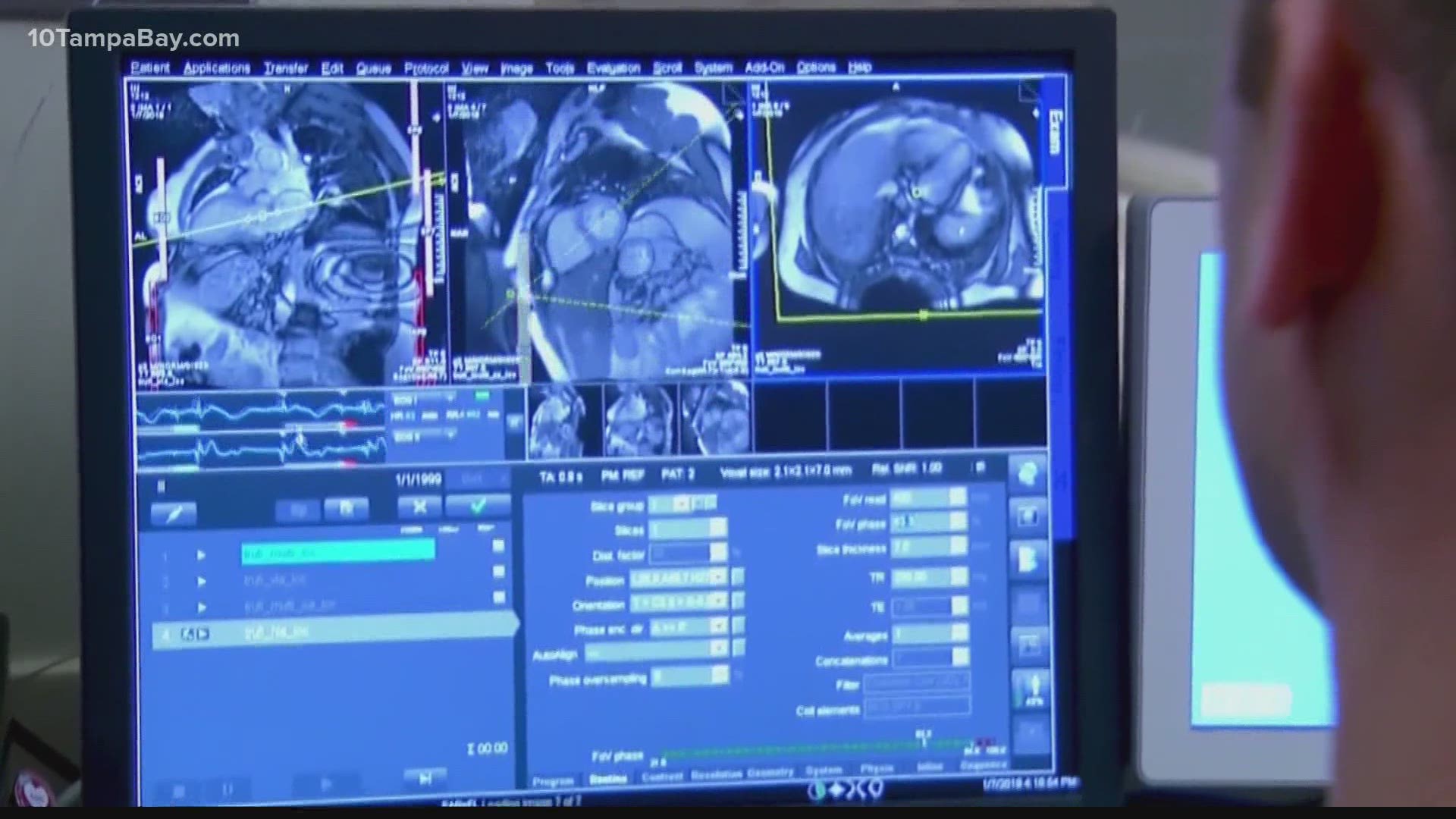 TAMPA, Fla — Early on, universities from across the country realized COVID-19 could have an impact on even the healthiest of elite student-athletes.

As athletic departments worked to create guidelines on when it would be safe for their players to return, team doctors discovered lingering issues even after the symptoms were gone.

“In addition to doing the usual tests that we do, we decided we would also do a cardiac MRI in our athletes before they went on to play competitively,” Ohio State University cardiologist Dr. Saurabh Rajpal said.

He says the more sensitive testing allowed doctors at OSU to detect a potentially dangerous form of cardiac inflammation, or swelling in the heart, in about 15 percent of its recovered athletes.

“Evidence of heart cell death or injury to the heart cells,” Rajpal said.

Called myocarditis, Rajpal says in rare cases the temporary condition can lead to more permanent damage or even death if the athlete rushes back to strenuous exercise.

“It just means they have to rest a little while longer than the average athlete before they can go back and play,” Rajpal said.

But it's not just college athletes. The findings could have implications for others recovering from COVID-19 who want to rush back to exercise as soon as their symptoms disappear.

“Nowadays we see even people in the general population perform very intense exercise,” Rajpal said. “For these people, I would say that before they go into strenuous exercise they need to be careful. Just go slowly just don’t jump into very heavy exercise as soon as you recover give yourself a couple weeks to recover and then start slowly.”

Experts say it’s important to listen to your body especially after a COVID-19 recovery.

“If for example, previously you could [run] 7 miles or 10 miles easy, and now you’re getting tired walking a couple hundred feet there’s something wrong,” Rajpal said.

The Big 10 has now created a COVID cardiac registry to monitor all of their recovered athletes with the hopes of learning more about COVID’s impact on the body and how best to prevent permanent damage.