A local plumbing company has installed the same number of bidet toilet seats in one week that it has in the last ten years. 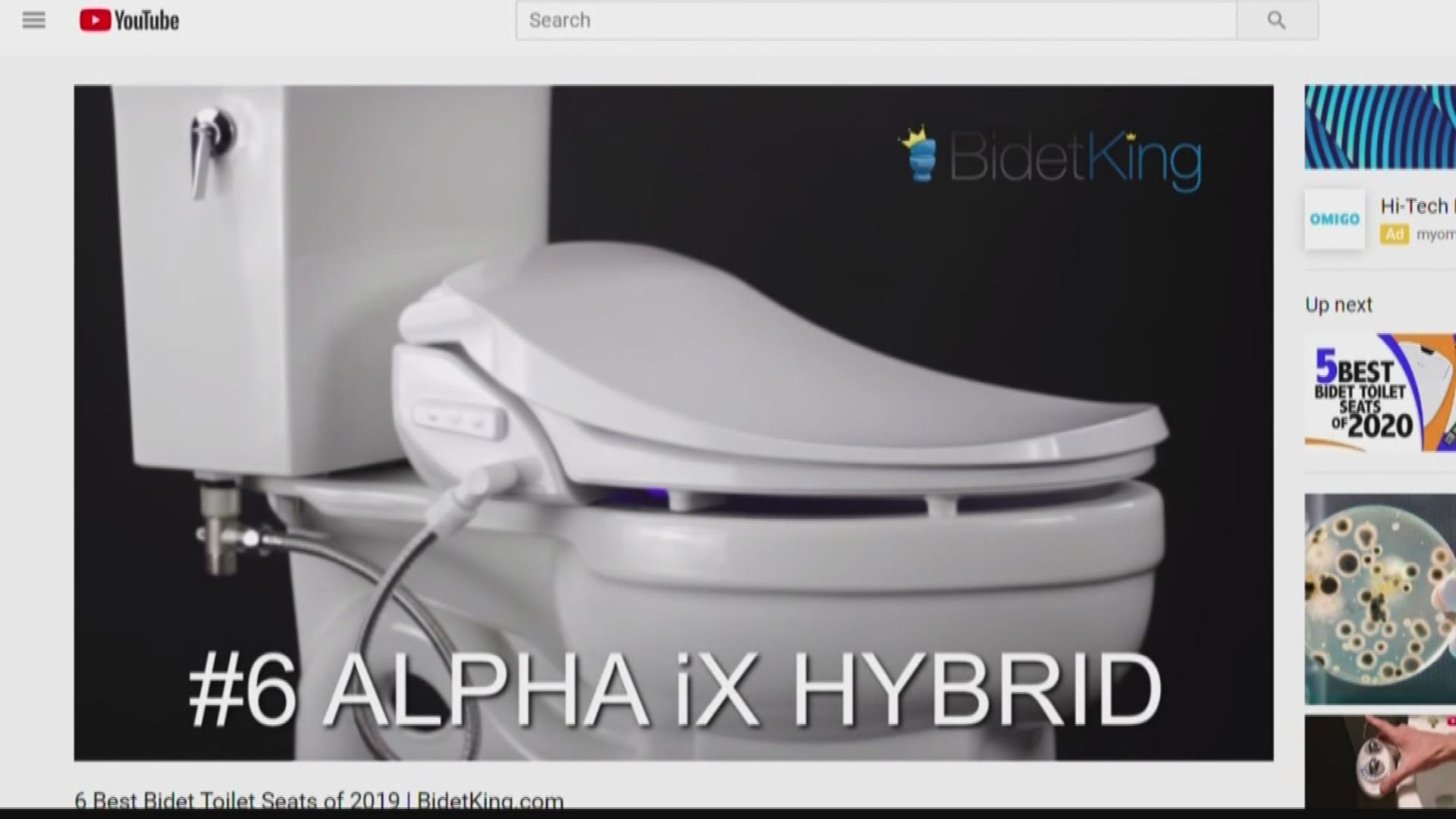 Toilet paper is hard to find in stores lately.

Some local plumbers say there’s another option that customers are asking for… and it doesn’t require toilet paper. It is something like a bidet.

"It's not bidets, but bidet toilet seats," sais Gary Gray, owner of David Gray Plumbing. "So it’s actually a seat that goes on your existing toilet."

Bidets are not used much in the United States, but they are widespread in Europe.

"It’s a water cleaning mechanism that replaces toilet paper," Gray said. "The bidet toilet seat connects to the same water that the toilet does. It does require power."

He said he has seen a bigger local demand for bidet toilet seats.

"It's not a lot but, a handful or so in the last couple of days," Gray said.

Gray’s plumbing company has installed the same number of bidet toilet seats in one week than it has in the last ten years.  It may be because of the fear of running out of toilet paper.

However, Gray said, "I would say your basic one would be a couple of hundred dollars."

Some plumbers sell them too.

"It’s not the easiest installation," he said. "A qualified do-it-your-selfer can handle it. I would obviously recommend a professional installation."

No toilet paper? No problem. There’s a different solution that you could consider rolling out.

RELATED: Are there alternatives to toilet paper?