The scheduling site was not screening out people under 65-years-old and was not giving people a date or time for the appointment. 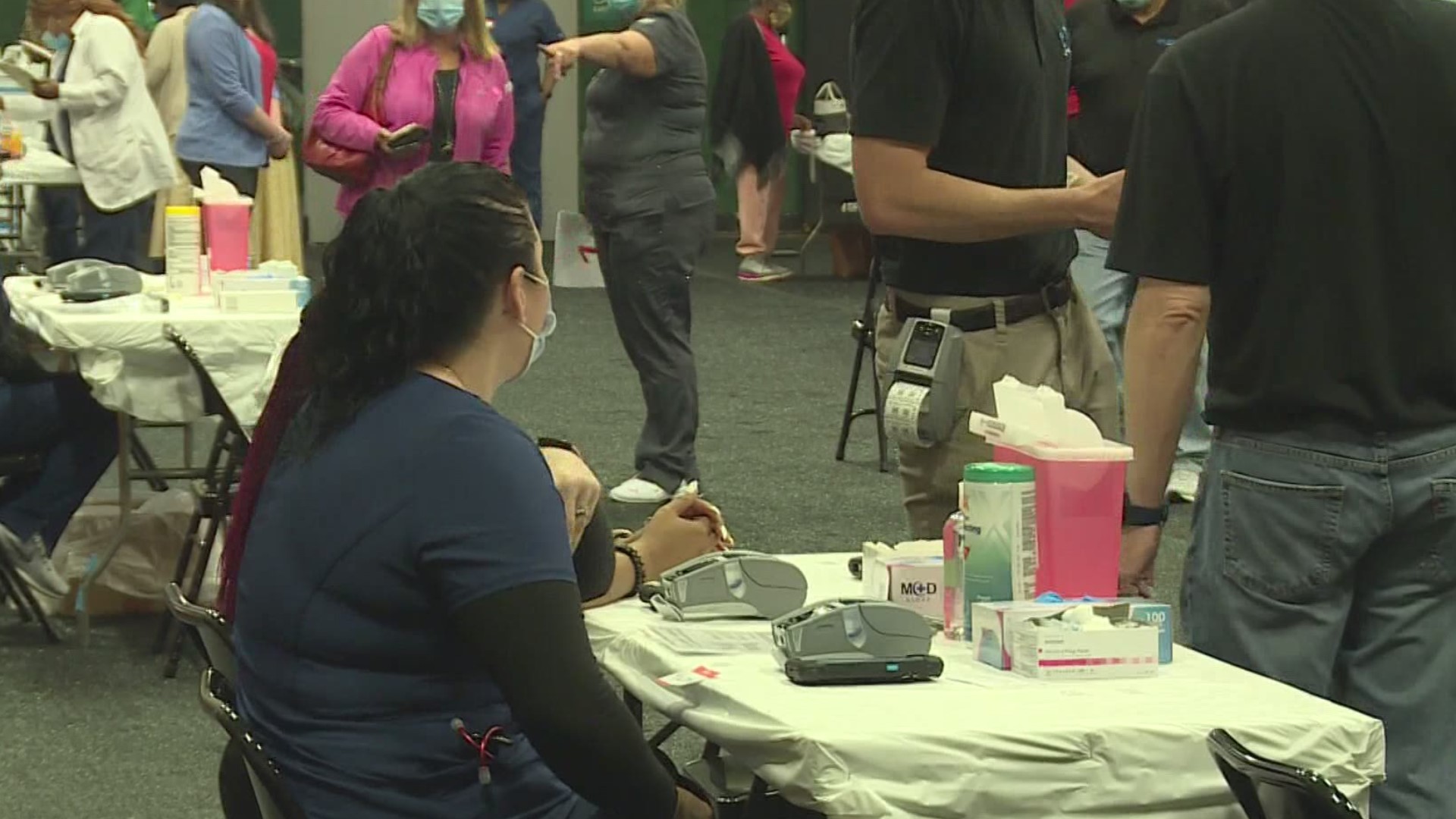 JACKSONVILLE, Fla. — A COVID-19 vaccination site that has been up and running for less than a week is already revamping its online schedule. It comes after there were glitches in the system.

According to site directors at the Edward Waters College vaccine site, the online registration system was not screening out people under 65-years-old. Therefore, basically anyone could book an appointment and show up.

The system also was not giving people a date or time to show up at the site.

Edward Waters College is a state site that has a partnership with Agape Family Health Center.

"It is a lot of moving parts, and you have a lot of people who are working feverishly to get this program up and running," Mia Jones, CEO of Agape Family Health said explaining the glitches. "I think that when you don’t have the right people at the table to answer the questions that are necessary, sometimes you don’t realize what you’ve put in place and how the person on the other end is going to receive that."

The booking system for appointments, Jones said, gave people a QR code telling them to go to the site.

"When they got that, they showed up at the vaccination site expecting there was a vaccine waiting for them and that wasn’t the case," Jones explained.

Staff still screened people at the door, but the glitch forced the site to only allow walk-in vaccinations.

As of Tuesday evening, they were still working on the site and this was the case. The walk-ins-only rule makes it unpredictable when to get the vaccine read, according to Jones.

“We try to monitor the flow of residents coming through the door," Jones said. "Unfortunately, without the appointments, we don’t know who is going to show up, so if we all of a sudden get a big wave at 1:30, two o’clock and they’re coming in feverishly, it takes an hour for the medication to get to room temperature, so we then have to take it out and get the people wait if it’s not thawed out."

Some days, but not all, Jones said they have some of the 200 doses per day leftover. If that happens, she said they vaccinate whoever is in line as part of their waste avoidance protocol.

"It’s almost like liquid gold, and so we don’t want to have any waste whatsoever," Jones explained. "So, if we’ve drawn it up, we will go ahead and administer. If we don’t have someone in line that meets our criteria, then we will go ahead with whoever is there in line towards the end of the day."

Tuesday, more people who do fall under the criteria and qualify for a vaccine were able to get vaccinated. It comes after Governor Ron DeSantis' two executive orders in the past week allowing those with underlying health conditions to get the vaccine at places other than a hospital, and allow teachers, police officers and firefighters over 50 to get the vaccine.

"The teachers lined up like crazy, so we went ahead and started today with the priority still being on the 65 and older, and they [teachers] understood that if any of them come into the line they have to wait behind them [65 and older]," Jones said.

In all of these categories, Jones said, those who live in Northwest Jacksonville take priority.

"The way the governor and the emergency preparedness office has set this site up, this community is our priority and so we don’t turn anyone away because they don’t live in the area, but they [those who live in Northwest Jacksonville] are who we are working to get in and making sure we are able to get them vaccinated," Jones said.