The county announced that residents can now text 911 if they are unable to speak, but officials say don’t wait to seek treatment if you're sick. 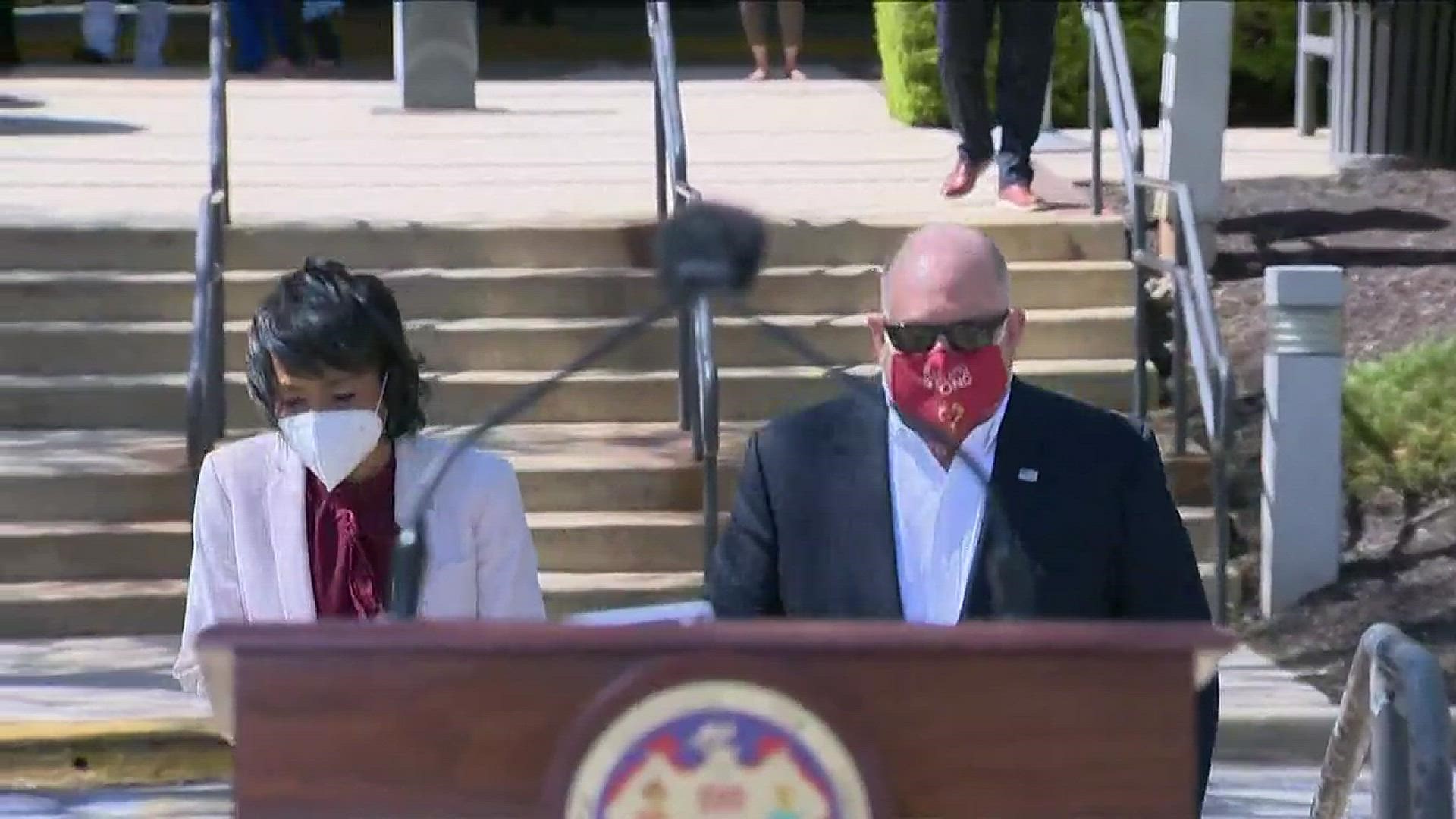 LAUREL, Md. — As the numbers come in and as Prince George’s County collects more data, County Executive Angela Alsobrooks said they are noticing men, in particular, are succumbing to the coronavirus in large numbers – and that it may be due to men waiting too long to get treatment.

“We’re very concerned that men have been waiting. Dr. [Ernest] Carter tells me that we ought to really send home the message that if you’re having symptoms, do not wait, because we were so distressed to learn that at least a couple of our residents died at home last week because they waited too late to seek medical treatment,” Alsobrooks said.

Prince George's County recently announced that residents can now text 911 if they are unable to speak, however, they don’t want people waiting to seek treatment if they think they are sick or if they have the virus.

“But we don’t want people waiting and we’re very concerned that we’re seeing that some of our men are waiting too late at home,” Alsobrooks said during a news conference Wednesday with Gov. Larry Hogan.

As of Wednesday morning, Prince George’s County has had 3,875 cases of COVID-19 and Maryland has 14,775 confirmed cases. In the past 35 days, 631 residents in Maryland have lost their lives to the virus.

Of particular concern is the virus' disproportionate impact among black communities, especially in Prince George's County, which is more than 61% black.

Gov. Hogan and County Executive Alsobrooks announced the reopening of the Laurel Medical Center on Wednesday afternoon. Along with the opening comes more beds to accept COVID-19 patients.

The renovated hospital will now provide an additional 135 beds, including 35 intensive care beds to treat coronavirus patients. It will be staffed by 400 contracted medical professionals and was opened months before originally planned.

The hospital first opened in 1978, which Hogan said was the year his father was elected as the Prince George’s County executive.

“Over the years, this facility helped save many lives before it was downsized and downgraded it,” Hogan said. ” But now with its rebirth, it is once again going to help us save lives, not just here in Prince George’s County, but throughout the National Capital Region.”