May 8 is the earliest Virginia can begin to reopen, says Gov. Northam

Virginia’s governor announced a partial reopening plan for the commonwealth on Friday, and said May 8 would be the earliest its first phase could be implemented 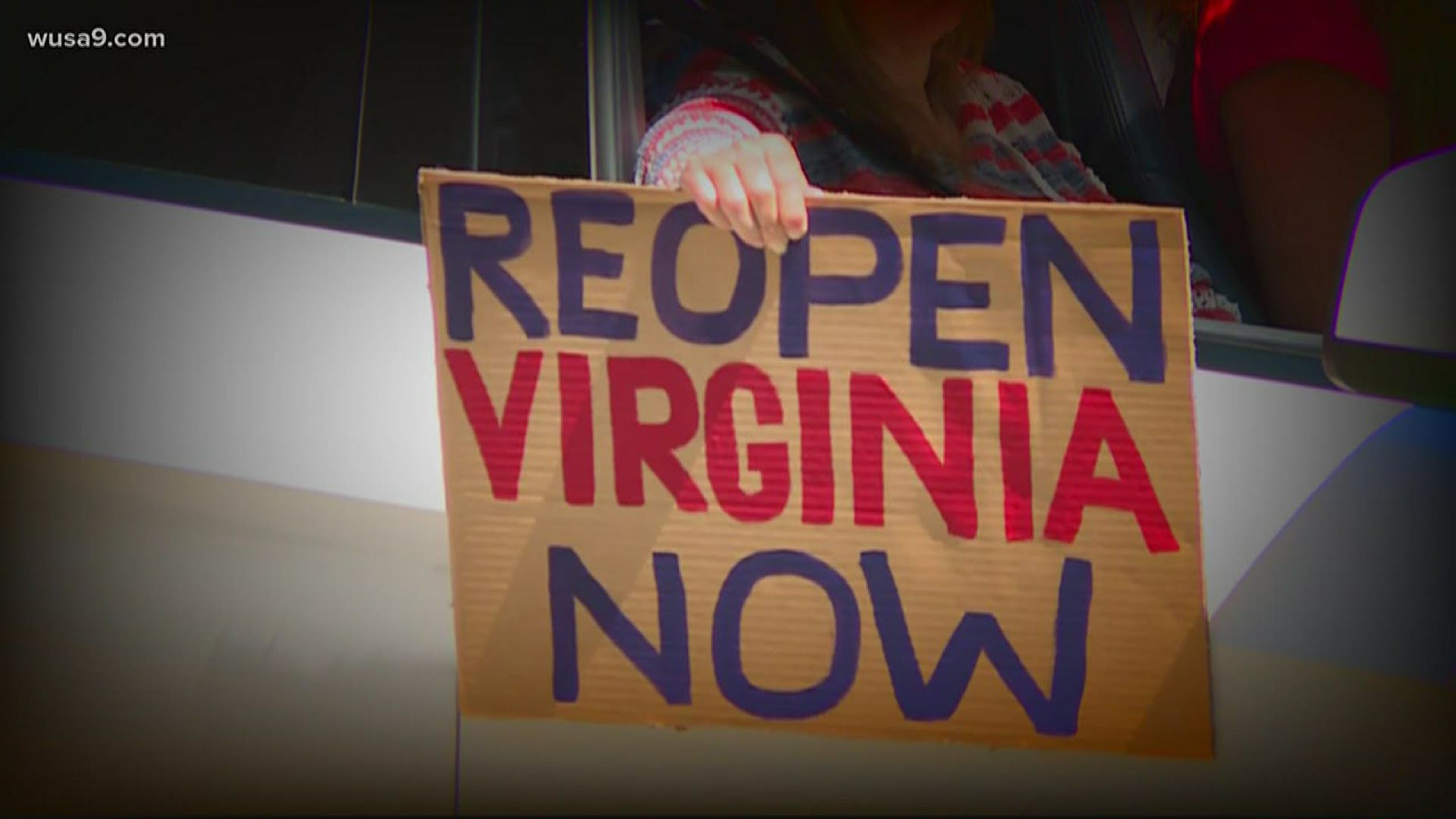 RICHMOND, Va. — Virginia Gov. Ralph Northam said May 8 is the earliest the commonwealth can begin to move into phase one of its reopening plan, with two weeks of declining coronavirus cases necessary to ease restrictions.

In a news conference from Richmond, the governor noted Virginia may have met its peak coronavirus case count on Friday, according to one statistical model used by state health officials.

Northam announced a three-phase reopening plan titled the "Forward Virginia Blueprint." But he notably announced only specific tenets of phase one, and said a workgroup of government, health and business leaders would decide on how the later steps are developed.

"As we go forward, we will fill in the details of the phase one blueprint and develop plans for phases two and three," Northam said. "We will get back to work by greatly increasing our testing, then tracing the contacts of people who test positive, and isolating these individuals."

Dr. Karen Remley, the head of Virginia’s testing task force, said testing will now expand from health care workers and hospitalized people, to people with chronic disease, pregnant women, and those who are underinsured.

Virginia is currently able to test 2,600 people per day, but Northam said the figure will need to move to 10,000 tests per day to allow a large-scale reopening of the state’s economy.

Northam’s initial benchmarks and phase one limits largely follow guidance issued by the White House last week, and a three-phase plan issued by Maryland Gov. Larry Hogan on Friday. The items below are the standards Northam has released so far:

Benchmarks Before Virginia Moves to Phase One

RELATED: Virginia to review past deaths to look for unidentified COVID-19 cases