50% of coronavirus deaths in Maryland from nursing homes, per newly released data

The Maryland Department of Health published data from nursing homes Tuesday after a directive from Governor Larry Hogan. 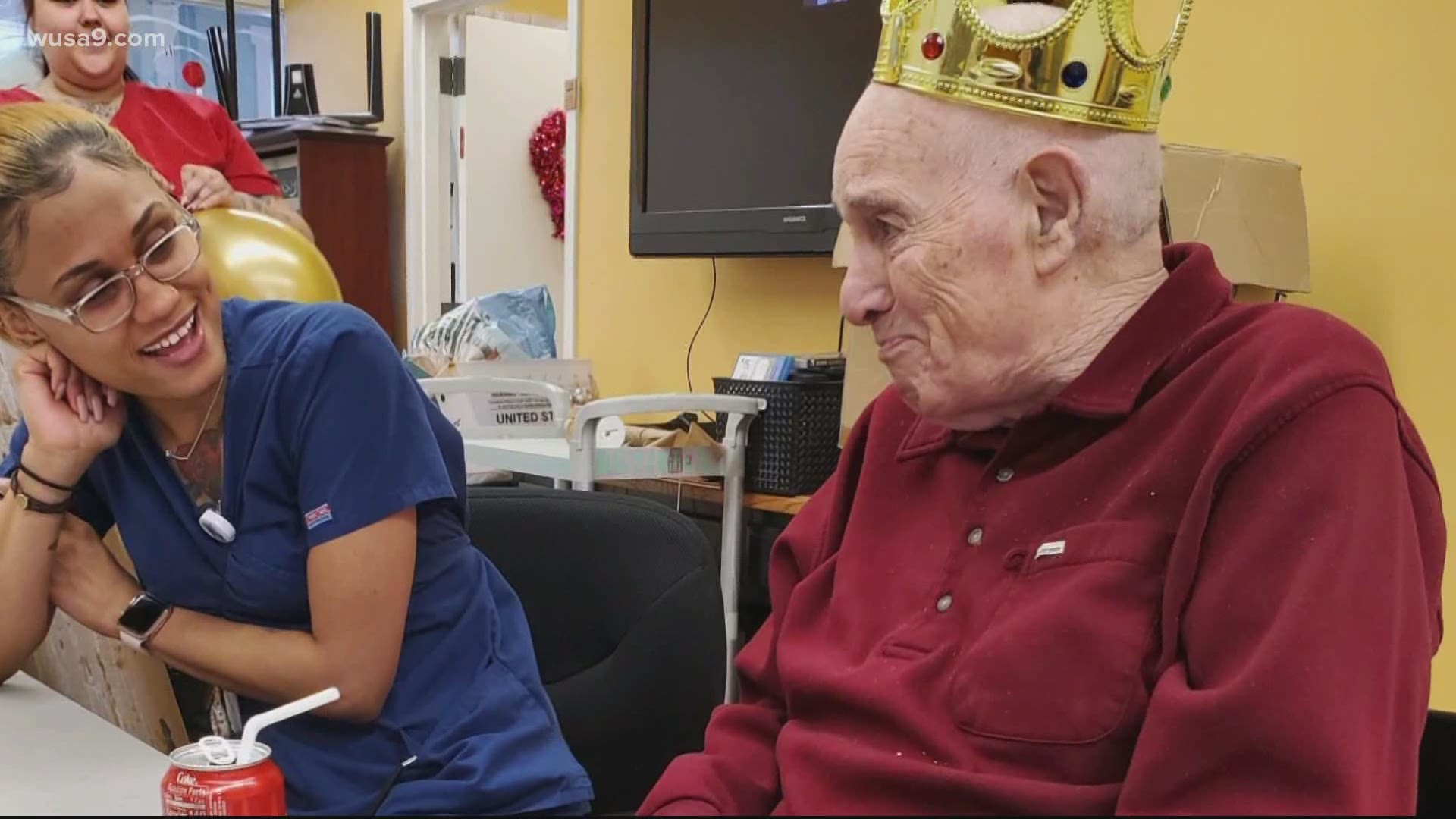 ANNAPOLIS, Md. — Newly released data from Maryland shows that 50% of the state's coronavirus deaths have happened in nursing homes.

The revelation comes after Governor Larry Hogan directed the Department of Health to publish the data, as cases mount at the state’s nursing facilities, and amid pushes by family members for more transparency.

“I’ve been asking about that all along, and I’ve been told that why should it matter how many cases there are?" Tammy Semega said. Her 91-year-old father, Michael Fanase, who has dementia, lives in Sagepoint in La Plata. "It does affect my father, and it affects everyone. If you see those numbers are growing, then you know the chances of your loved one are great that they’ll be the next person to test positive.”

Semega is one of many Sagepoint families who have been raising their voices about the facility's "lack of communication" for weeks.

The newly released data reveals that, as families suspected, Sagepoint has some of the most coronavirus cases at a long-term care facility in the state.

The data reports 129 positive cases and 33 deaths. The facility said Wednesday that it has had 96 positive resident cases out of 146 beds and 33 resident deaths. It also reported 33 staff member infections and one staff member death.

Even more staggering to Tammy – the Maryland Department of Health's data shows that Sagepoint has seen 80% of Charles County's COVID deaths.

Other counties in the DMV are also showing some of the higher numbers in the state – including Montgomery County, which has the largest population in the state.

The data shows that Montgomery County has the highest number of nursing home cases (1,043) and deaths (129) in Maryland. These nursing home deaths account for two-thirds of total COVID deaths in the county.

Dr. Gayles also said that the high number of cases is likely skewed toward the front end of the pandemic.

“The majority of our facilities that have been involved had cases early on in the process," Dr. Gayles said. "That was before we had more up to date guidance to suggest individuals who were not demonstrating symptoms could transmit coronavirus… Since we did receive that guidance, up to date procedures have been put into place.”

RELATED: Bowie nursing home resident dies of coronavirus a week after sharing her worries from inside

Credit: Mike Fuhr
Some Charles County locals are calling for more transparency from the Sagepoint Rehabilitation and Long Term Care center as to how many of its residents have been affected by the coronavirus.

“As we plan our recovery, we are taking additional steps to protect our most vulnerable citizens, including older Maryanders,” said Governor Hogan. “Keeping Marylanders informed and being transparent with the facts continues to be at the heart of our response to COVID-19. We are grateful to the staff in our nursing homes working around the clock to save lives.”

Health officials in the state had said previously that they didn’t have a way to report an “apples-to-apples” comparison of nursing facilities in Maryland. Hogan’s announcement did not make clear what, if anything, had changed in that regard, but said the state’s health department would begin displaying data for individual facilities this week, which it did Tuesday.

President of the Health Facilities Association of Maryland, Joe DeMattos, said they have been preparing centers since January, but they're dealing with a vulnerable population with health conditions that make them highly susceptible to contracting and spreading the virus.

“What we’re learning now is that many of the defensive measures that we took in hospitals, nursing homes, assisted living measures, were only partly successful because of the absence of the prioritization of testing, and testing healthcare workers," DeMatto said.

He said they've now instructed centers to go on the offensive and create a unit for COVID patients, segregate transfers in the centers, and work even more closely with their hospital partners.

Governor Hogan ordered Wednesday that all residents and staff at nursing homes should be tested.

It's a move that Semega said is likely too little too late to save her father.

Sagepoint released a new statement and timeline Wednesday that read in part, "We have followed CDC guidelines every step of the way... It's important to remember that this has happened to our facility. It is not something we have caused. It's something that happened to us. And we have done our very best to manage in this devastating pandemic."