The bar and restaurant was forced to close due to COVID-19 concerns after several customers said they tested positive after visiting the pub. 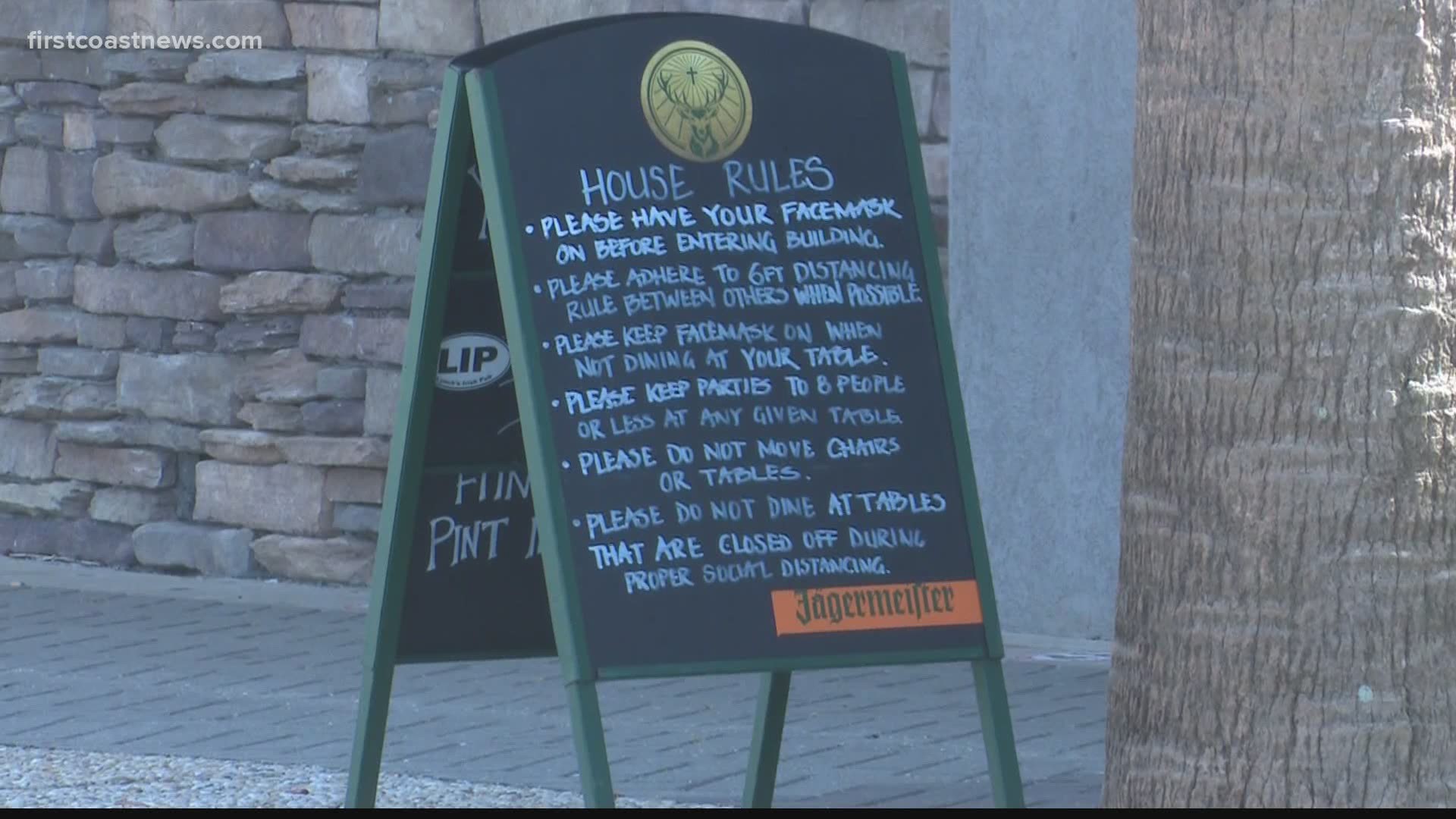 JACKSONVILLE BEACH, Fla. — A Jacksonville Beach bar and restaurant that made national headlines when several people said they tested positive after visiting the business is now back open for the first time in six weeks.

Monday, the bar reopened with new safety precautions. Those were listed on a sign outside for patrons to read as they walk into the business, including:

First Coast News asked Lynch's management about its reopening, but they declined to comment. According to a Facebook post by Jacksonville Beach mayoral candidate Chris Hoffman, Monday was the pub's first day reopening after being closed for six weeks.

In June, the general manager told First Coast News the business lost about $20,000 between closing, rapid-testing employees for the virus and deep-cleaning the pub.

"When we do reopen, it will give our customers piece of mind at Lynch’s -- we will have a clean building and healthy employees," General Manager Keith Doherty explained in June.

The general manager in June said he did not want to take any chances when it came to people's health.