Customers who spend at least $10 at the Dicks Wings on University Boulevard in Jacksonville will receive a complimentary roll of toilet paper. 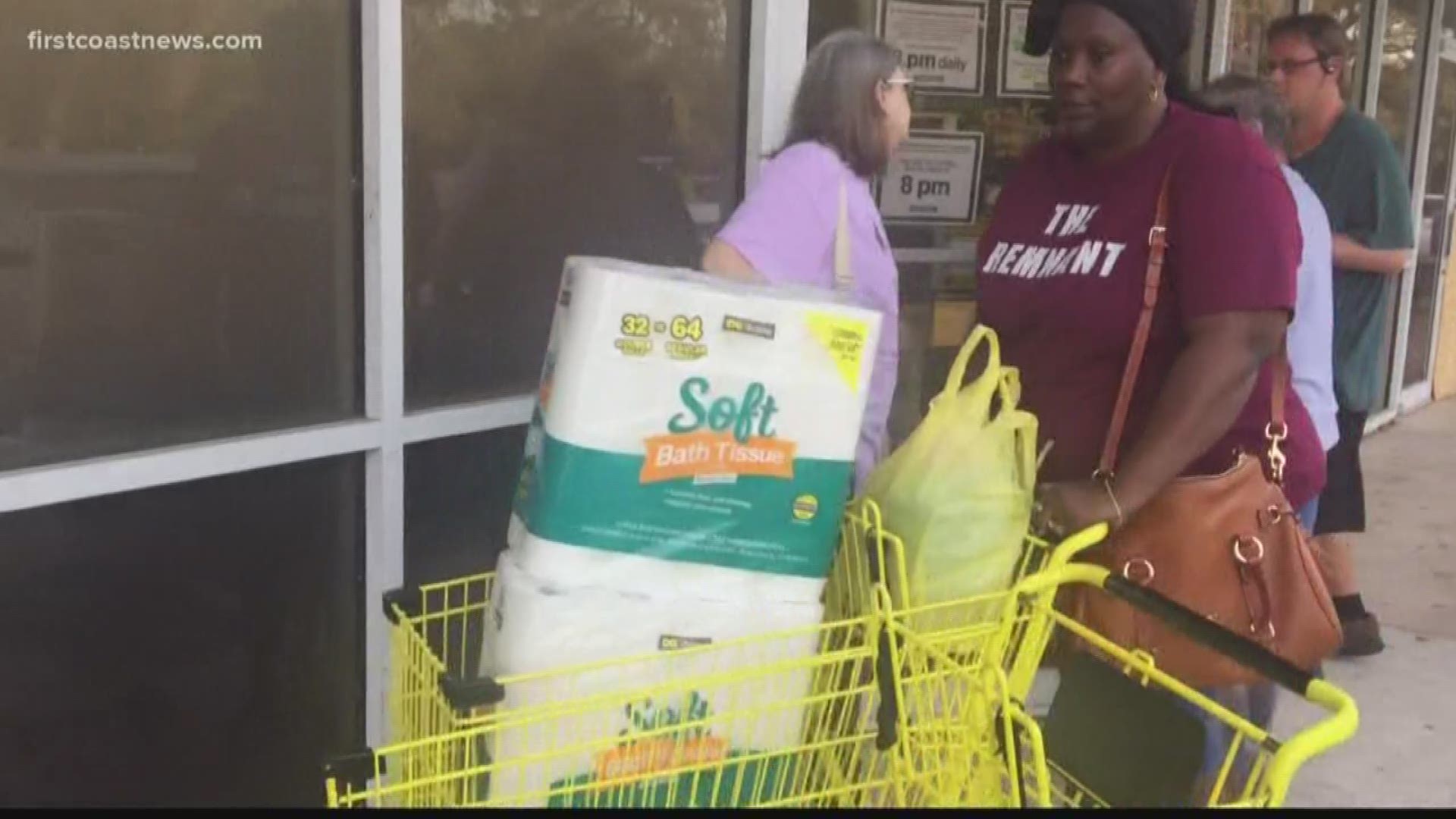 JACKSONVILLE, Fla. — A local sports bar is now serving up an unusual side with meals to coincide with the unusual time we find ourselves in amid the coronavirus.

Customers who spend at least $10 at the Dicks Wings on University Boulevard in Jacksonville will receive a complimentary roll of toilet paper; an item that is a hot commodity these days.

Ken Elmore, the owner of the restaurant, told First Coast News they started the toilet paper "to-go" on Friday. In a difficult position themselves, he said they knew many people were struggling to find toilet paper anywhere.

"Hey, we are all in this together. When I look at all of the things that are out in the grocery store, you just help people out," said Elmore. "With the toilet paper thing, we are just trying to give back something."

Elmore said they are able to order toilet paper from their supplier at a cheaper price and in bulk. They may offer more rolls in the future, but for now, it's one roll per order. He said it's been "an extra treat" for customers because most people need it.

Meanwhile, Elmore said they are fighting their own battles. Like all restaurants right now, they had to close their dining area, which meant he had to lay off half of his staff. Servers, bartenders and front of house staff had to go.

"I talk to everyone on my staff every day, even the ones I had to let go," said Elmore. "At the end of the day, when this is all over, we certainly want them back."

He said he warned his staff in advance when the coronavirus started spreading. The staff members he kept were mainly managers and those based on tenure.

They are still offering curbside pick-up and delivery. In fact, he said he's been able to hire some staff members back to work as delivery drivers.

"Servers have lost their other jobs too," he said. "Many have more than one job. Some also work in dentist officers, but the dentist's office is now closed, too. You have students who are in school, so now they aren’t making any money. It impacts everybody, but people and customers have been great. Everyone asks how we are doing, so they are very aware."

He said delivery has helped them stay afloat. They've lost 20% of their business so far, which he said wasn't bad comparatively.

"Everybody is pretty much in the same boat. The higher-end restaurants are having a harder time with delivery. For a casual restaurant like ours, we cook to order so it's easier to deliver," he said.

Like most local restaurants they are also selling alcohol to-go, too. He said their bottles of liquor are sold at 20% of their cost.

To help out his staff, those who are still working and those who were let go, Elmore said he is allowing them to buy food from him at his supplier cost.

"So if they want ten pounds of chicken they can buy it at cost," he said.

He doesn't know what the future holds for his restaurant or others, but he said he appreciates the customers who are still ordering curbside and delivery.

To help workers in the restaurant industry who are now unemployed he said many people are making donations to national charitable organizations.

You can follow the latest on the COVID-19 pandemic with our live blog.