St. Augustine city leaders say the governor has tied their hands because he will not let cities issue mask mandates. 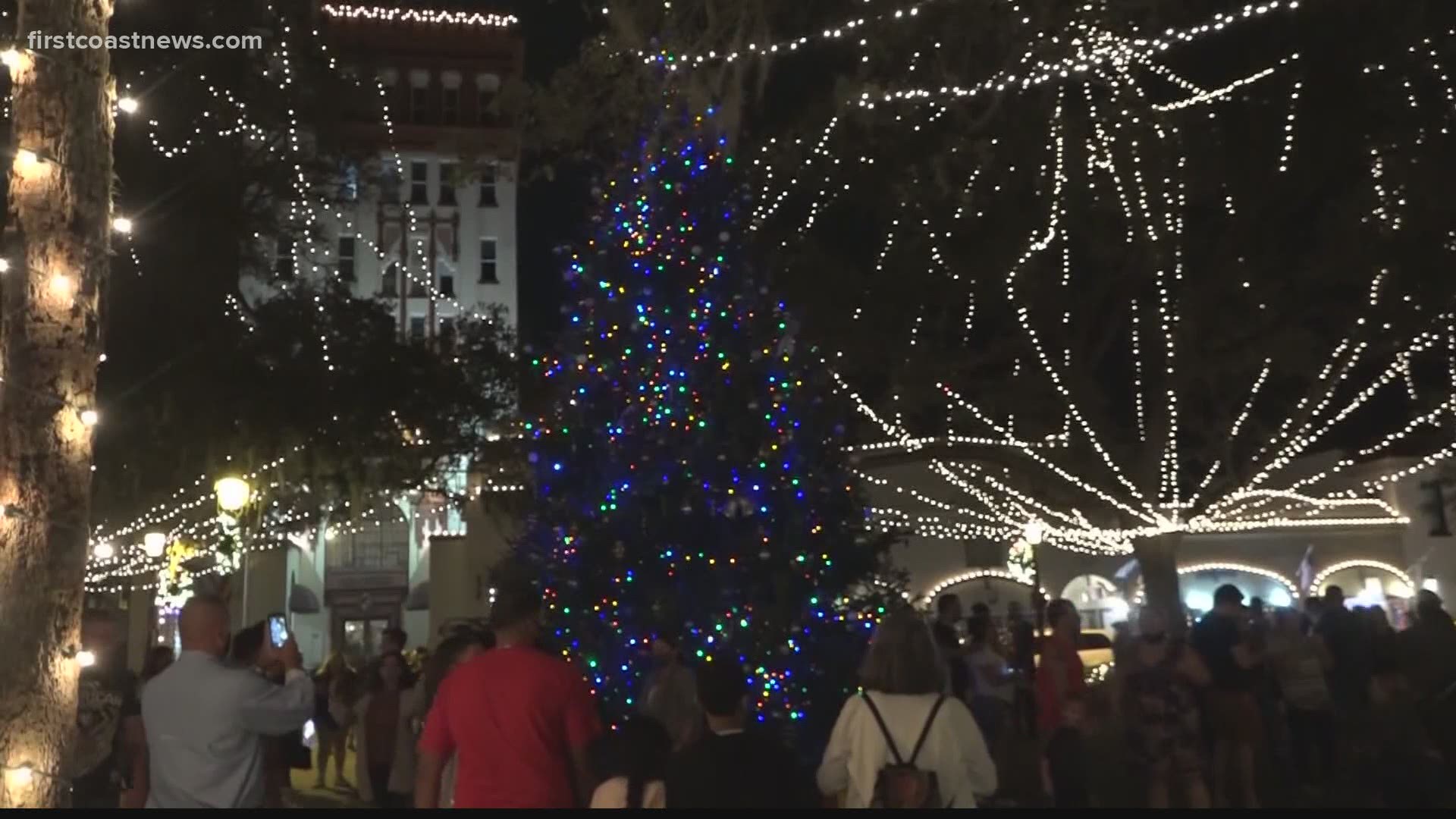 ST. AUGUSTINE, Fla. — People packed downtown St. Augustine over the holiday weekend to see the annual Nights of Lights. Streets and parks were full of people taking in the twinkle of millions of white lights.

"This year’s Nights of Lights is probing to be just as popular as in the past," St. Augustine City Manager Melissa Wissel said.

While the brilliant scene brought holiday cheer to the throngs of people taking it in, city leaders and residents are concerned about the large crowds causing further spread the COVID-19 virus.

However, only a fraction of the people were wearing masks, estimated to be less than half. Some people told First Coat News that St. Augustine’s packed streets this weekend scared them from getting out of their car.

Mayor Tracy Upchurch said he is concerned about virus spread but, "The governor has taken away our ability to enforce our mask ordinance."

St. Augustine was one of the first cities in northeast Florida to have a mask mandate in the spring, but now, it is a powerless mandate.

Trying to prevent as much spread of the virus as it can, the city has ramped up its public messaging and hope visitors take notice. However, many are ignoring the city's efforts.

Hubby took me to Nights of Lights in St. Augustine tonight to celebrate my birthday. Beautiful as ever, but very, very crowded and very few people in masks. If we go again, it’ll be midweek for sure. pic.twitter.com/pNnw71hLhq

A photo posted to social media shows a packed restaurant in downtown St. Augustine for a concert the week before Thanksgiving. It does not appear anyone is wearing a mask.

The Prohibition Kitchen, where the photo was allegedly taken, posted on Faceboook that it encourages patrons to wear masks.

"It really is up the those individual business owners," Wissel explained. "We did not want to cancel Nights of Lights this year."

Small businesses especially rely on the customers who come when the lights on go.

"On one hand we think, ‘Gosh, these are big crowds.’ On the other hand, you’re thankful for the big crowds," Mayor Upchurch said. "So it’s this funny balancing act."

Some city leaders tell First Coast News they would like the governor to back off and let them enforce a mask mandate for the health of their community and economy.