The sheriff's office said 18 of those cases were reported Sunday. 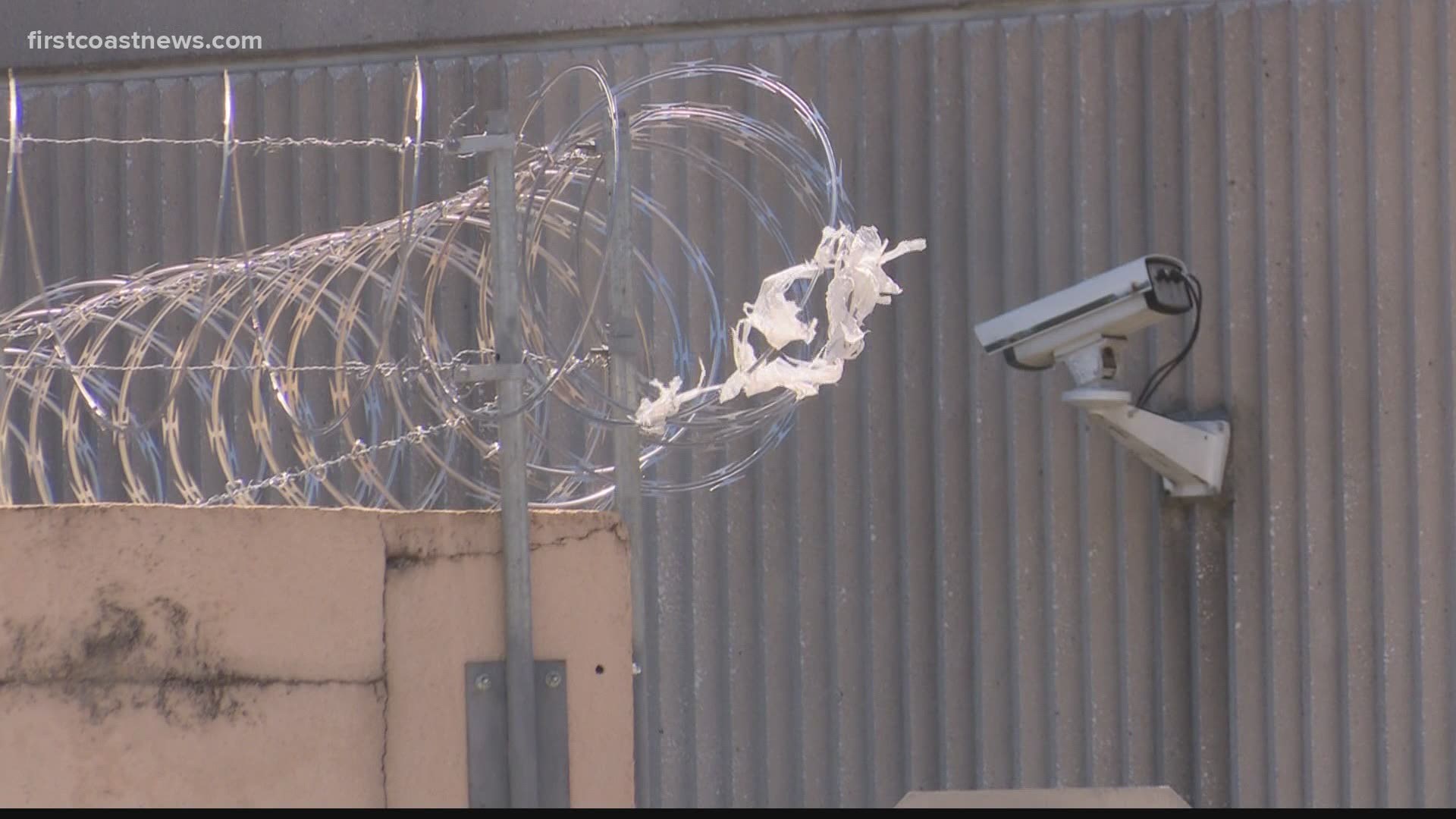 JACKSONVILLE, Fla. — The Jacksonville Sheriff's Office confirmed Sunday that about 20 inmates have tested positive for COVID-19.

The sheriff's office said 18 of those cases were reported Sunday.

JSO said in a news release that the first inmate in a Department of Corrections facility tested positive on Friday. That same day, both inmates and employees were exposed to a contract employee who had also tested positive for the virus. Also on Friday, JSO said another incident happened in which two inmates tested positive.

"All known inmates related to these incidents have been quarantined or isolated and have been tested," the sheriff's office said."Impacted employees are being notified and appropriate action [is being] taken (testing/self-monitoring) according to their exposure level. The Florida Department of Health responded and is assisting with testing and contact tracing dealing with both incidents."

JSO said the 18 confirmed cases that were reported Sunday are related to Friday's incidents.

"As a precaution, all inmate movement in all JSO DOH facilities will be kept to a minimum," the sheriff's office said. "The FDOH is scheduled to respond and conduct testing on all occupants of the jail as soon as possible. Moving forward, all newly arrested inmates will be tested upon entry or placed in quarantine for 14 days if they refuse testing."

JSO said most of the inmates who tested positive are asymptomatic and that the worst reported and confirmed symptoms have been a fever and body aches. Inmates are being monitored by the Contracted Health Service Provider who is also treating the symptoms.