JSO said inmates at all three corrections facilities have been tested and new inmates will be tested as they come in. 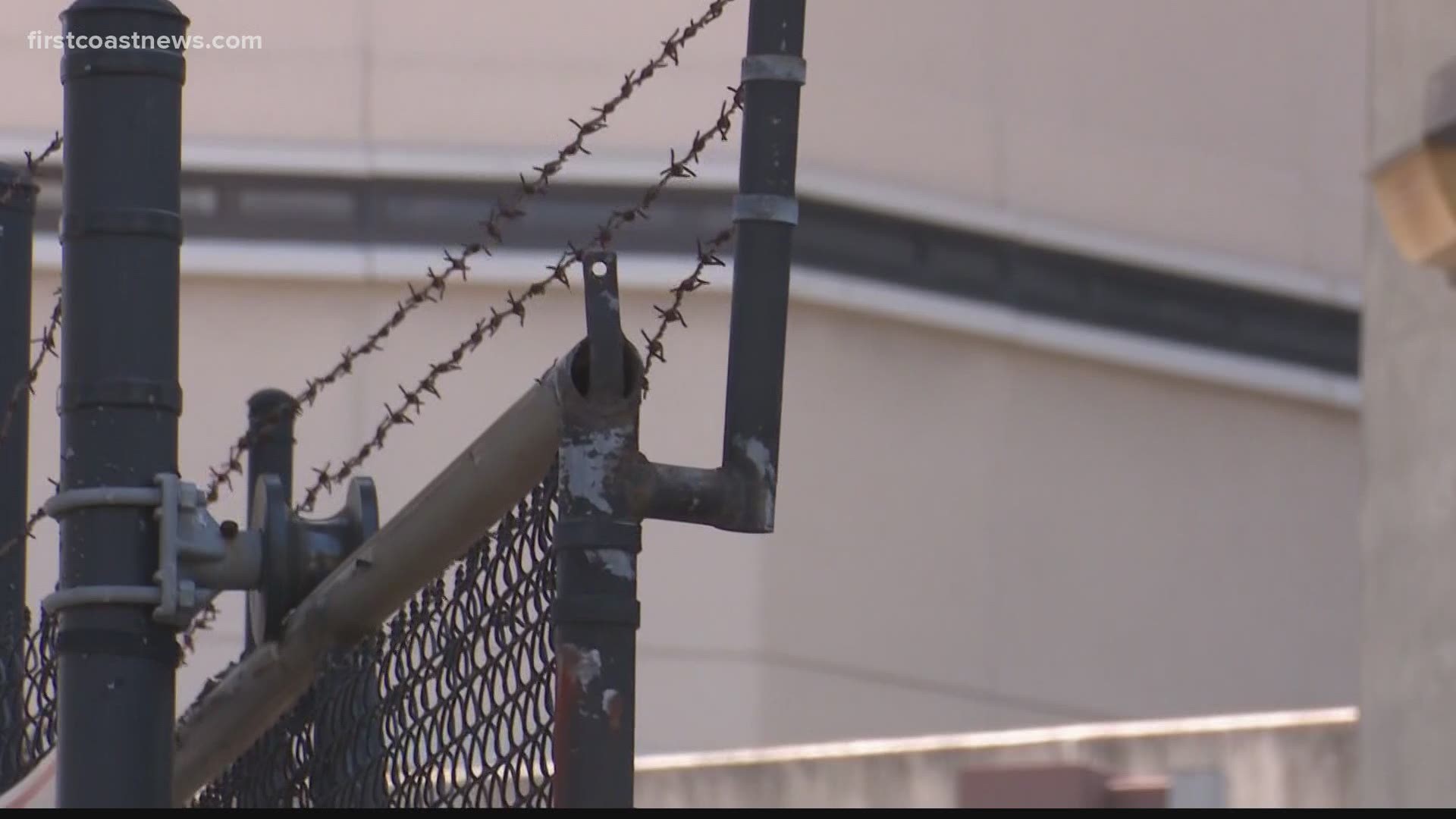 JACKSONVILLE, Fla — The Jacksonville Sheriff's Office says 178 inmates have tested positive for COVID-19 as of Sunday.

The latest numbers are higher than Saturday's when JSO reported 141 inmates tested positive.

JSO said inmates at all three corrections facilities have been tested and new inmates will be tested as they come in. According to the Public Defender's Office, they've been working with the State Attorney's Office to review pending cases and cases overall to reduce the jail population. They are looking at the cases to potentially release nonviolent offenders due to COVID-19 concerns, similar to what happened in March.

JSO initially said the outbreak was contained to the pretrial detention center downtown. First Coast News asked JSO since the spike in positive cases if the virus has spread to the other two facilities and haven't heard back at the time this article was published.

The initial outbreak stems from a contracted medical provider who tested positive and exposed inmates and employees. Inmates affected were quarantined and treated by the health service provider. Defense attorney Andrew Bonderud, however, said following CDC guidelines isn't always easy in a jail.

"One of the key parts to flattening the curve is social distancing, washing your hands, basic hygiene," Bonderud said.

"Some of those things just can't be accomplished in a jail environment because of the close quarters that all of the inmates are in. They can't social distance," he said.

First Coast News also asked JSO about the number of employees who have tested positive. Last week, there were two. We're waiting to hear back if that number has gone up. It's not mandatory for employees to be tested.

Starting Monday, according to the Public Defender's Office, appearances for inmates will be waived. This is so the inmates won't have to be moved around as much in the facilities. They had been appearing through video chat and had to be moved to a certain part of the facility for the video chat.