Jacksonville nurse practitioner stands by mother's side during COVID-19 battle 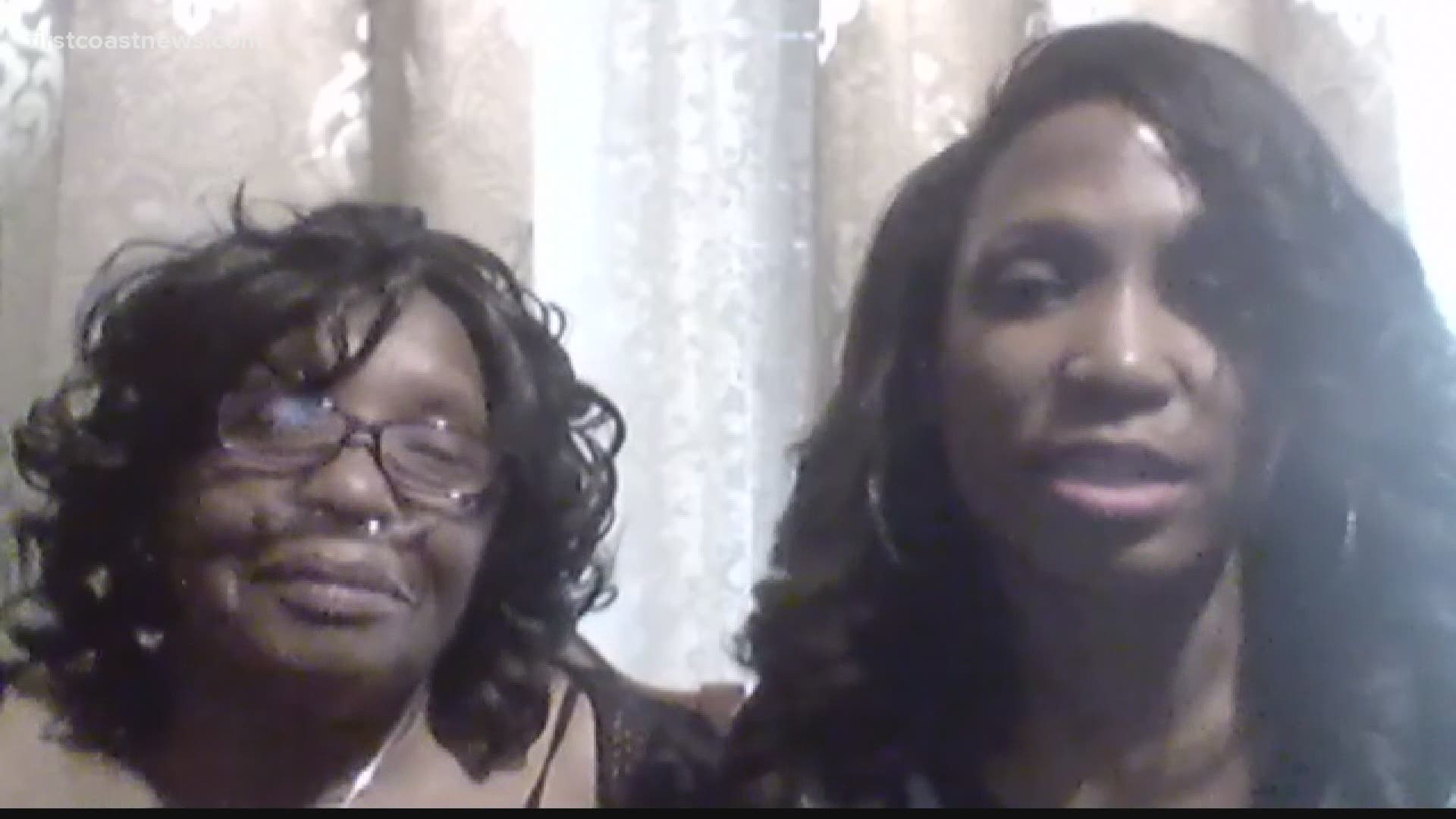 JACKSONVILLE, Fla. — A mother and daughter’s bond is inseparable, even through a thin sheet of glass, and one nurse practitioner from Baptist Health proved that by standing by her 69-year-old mother's side while she was battling COVID-19.

Dr. Arena Chaney advocated for her mother while she was fighting for her life. Chaney says having faith is what got them this far.

Sixty-nine-year old Paula Brown is a mother of four daughters. One of them, a nurse practitioner for the Baptist Neurology Group, Brown calls God’s miracle.

"She will go into the trenches, research and dig for solutions to the problem, and I thank her for that," Brown said.

This past June, Brown started getting flu-like symptoms. Chaney took her to the hospital immediately and found out later her mother confirmed positive for COVID-19.

"Of course it's different when you're a provider versus this is your loved one. I didn't want to believe it. I think I went in an instant state of denial," Chaney said.

Chaney said she was in denial because her mother followed all the safety protocols. Browns’ doctor explained it’s the lapses that could put people at risk.

"In terms of our protocols, you know, when we take our mask off to take a drink, we meet somebody that we know and we want to hug them," said Dr. Fulton from Baptist Health.

Brown was in the hospital for 16 weeks and on the ventilator for 48 days.

"It seems as if they were writing the story specifically for my mom. Preexisting medical conditions, the elderly, information beginning to come out that it was a little bit more prevalent amongst African Americans," Chaney said.

Chaney experienced the loss of an aunt due to COVID-19 two weeks after her mother was admitted to the hospital. One thing that Chaney said kept their heads up was strong faith.

"Now I realize what the power of prayer can do with seeing my mother next to me today," Chaney said.

Baptist Health is joining with thousands of other hospitals nationwide to encourage everyone to mask up, running a public service announcement in The New York Times, USA Today, The Wall Street Journal, The Washington Post and The Los Angeles Times. Click here to read the PSA.