Manifest Distillery in Downtown Jacksonville switched from producing alcohol to hand sanitizer amid the coronavirus outbreak. 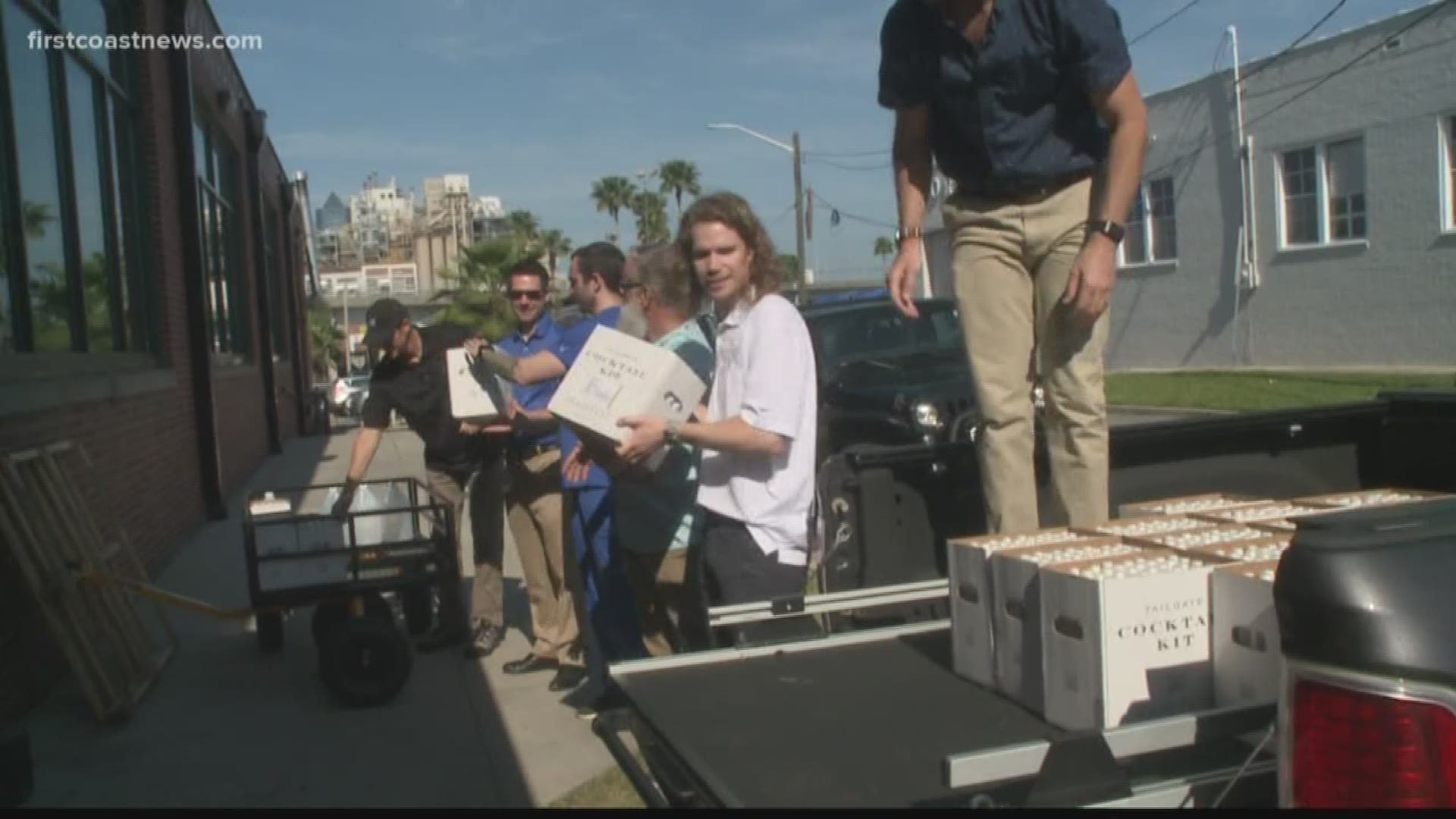 JACKSONVILLE, Fla — A milestone was reached Saturday for those involved with a project at Manifest Distilling: the business delivered its first batch of hand sanitizer to healthcare workers in Jacksonville.

After the outbreak of the coronavirus began, management at Manifest Distilling knew they were in a unique position.

"It was a no-brainer," said Head Distiller David Cohen. "As soon as we realized that we could do it, to be able to do something that gives back."

The distillery partnered with Telescope Health, Baptist Health Jacksonville and the city to shift their operations to produce the hand sanitizer. For days, they had been collecting the raw materials needed to do so.

On Saturday, a crew comprised of management at Manifest, staff from Baptist Health and a medical professional from Telescope loaded a pickup truck bed with 2,000 bottles of spray sanitizer to be delivered to the medical staff at the Prime Osborne testing site.

RELATED: Lot J now open to all ages: Here's where to get tested for COVID-19 in Duval County

Management has said that if the distillery is able to produce for the general public, it will be announced through social media. Until then, the focus is on large institutions in need around Jacksonville.

"Immediately, people are thankful and grateful," said Dr. Matthew Thompson of Telescope Health. "The ingenuity involved in this is unseen before, and so all of our team members are excited about this. The ones who have seen it so far have shown it off to everybody they know."

With the first batch finished, production is expected to ramp up in the coming days. Next week's three shipments are each expected to be five times larger than Saturday's.