An ICU nurse started #904 Rainbow Hunt, asking the community to share pictures of rainbows they make to spread positivity. 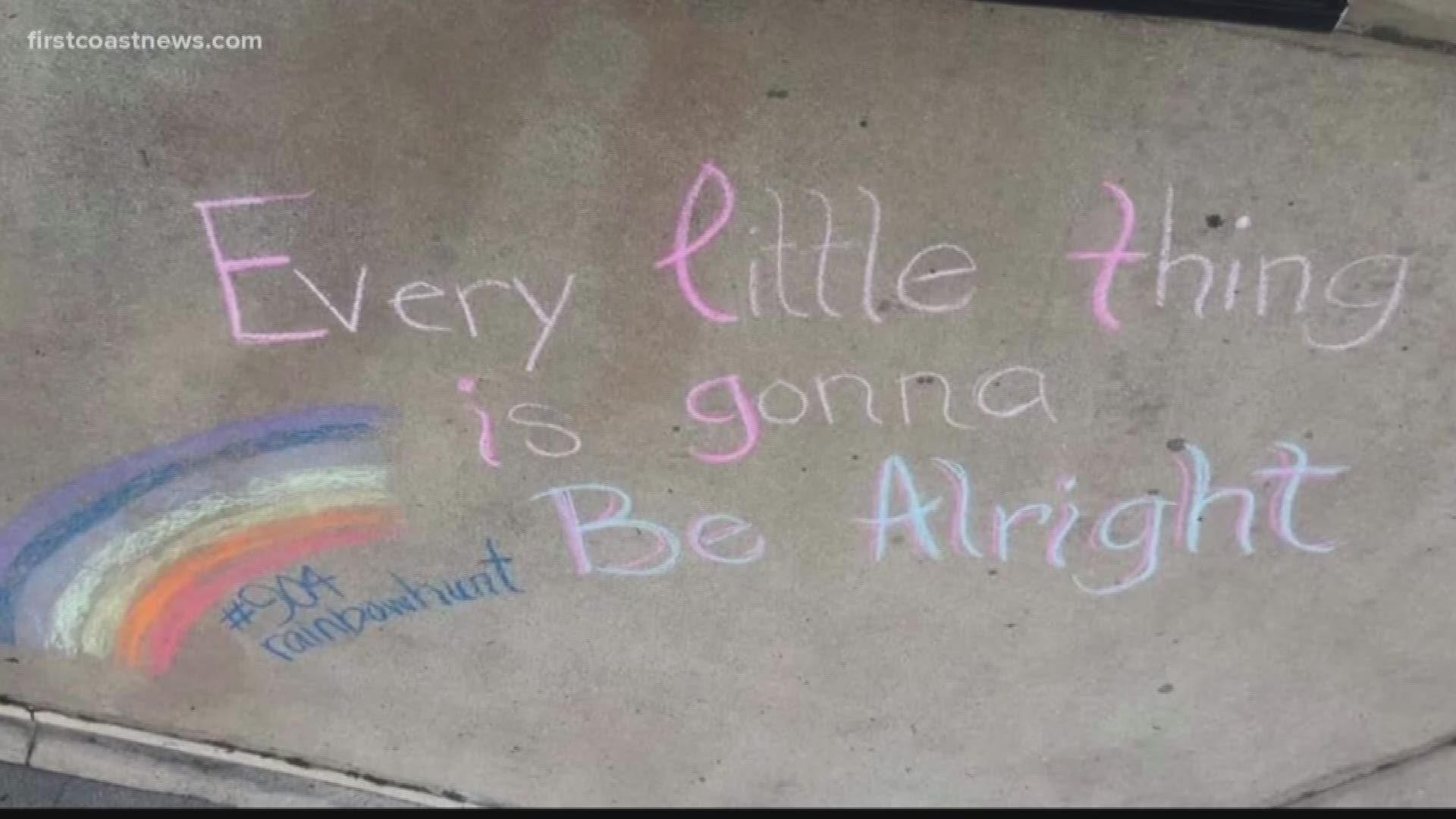 Make a rainbow, and put it up so your neighbors can see it. It's a simple task, with a simple message of spreading some positivity at a time when we need it the most.

”I believe rainbows the symbolism of it means hope and we need it right now because we need hope because this virus COVID-19, no one knows it’s unknown," Lee Ann Jones said. "The unknown is very scary.”

That need caused Jones to start #904 Rainbow Hunt on Facebook, an idea she first got from her sister in New York. She created the Facebook group Saturday with one request: “If you find or create a rainbow, please share,” she wrote.

“It has just blown up with an overwhelming response of just hope and positivity which we all need right now,” Jones said.

Thousands of responses, pictures of happiness and hope flooding her Facebook feed. In just a few days, the group has grown to more than 4,000 people.

“I think there’s a lot of fear, but we also need to channel it and put it into something positive that way everybody stays connected and remembers that we’re all a community because fear can divide us, but hope and positivity can bring everyone together,” Jones said.

The rainbows radiating hope, something she appreciates even more as an ICU nurse.

“Working in a hospital right now, there’s a lot of unknown, and I can focus on not fearing the unknown and allowing me to keep the strength to go back in and not to breakdown, to stay strong when I go into work," Jones said. "My focus needs to be on my patients.”

She and the nurses she works with brought rainbows into the hospital. All of us are hoping that after this storm, a rainbow comes. Until then, we’ll take things one day at a time, and remember, every little thing is going to be alright.