Two children died from COVID in just 24 hours at Wolfson Children’s Hospital this week. One of them was just two weeks old. 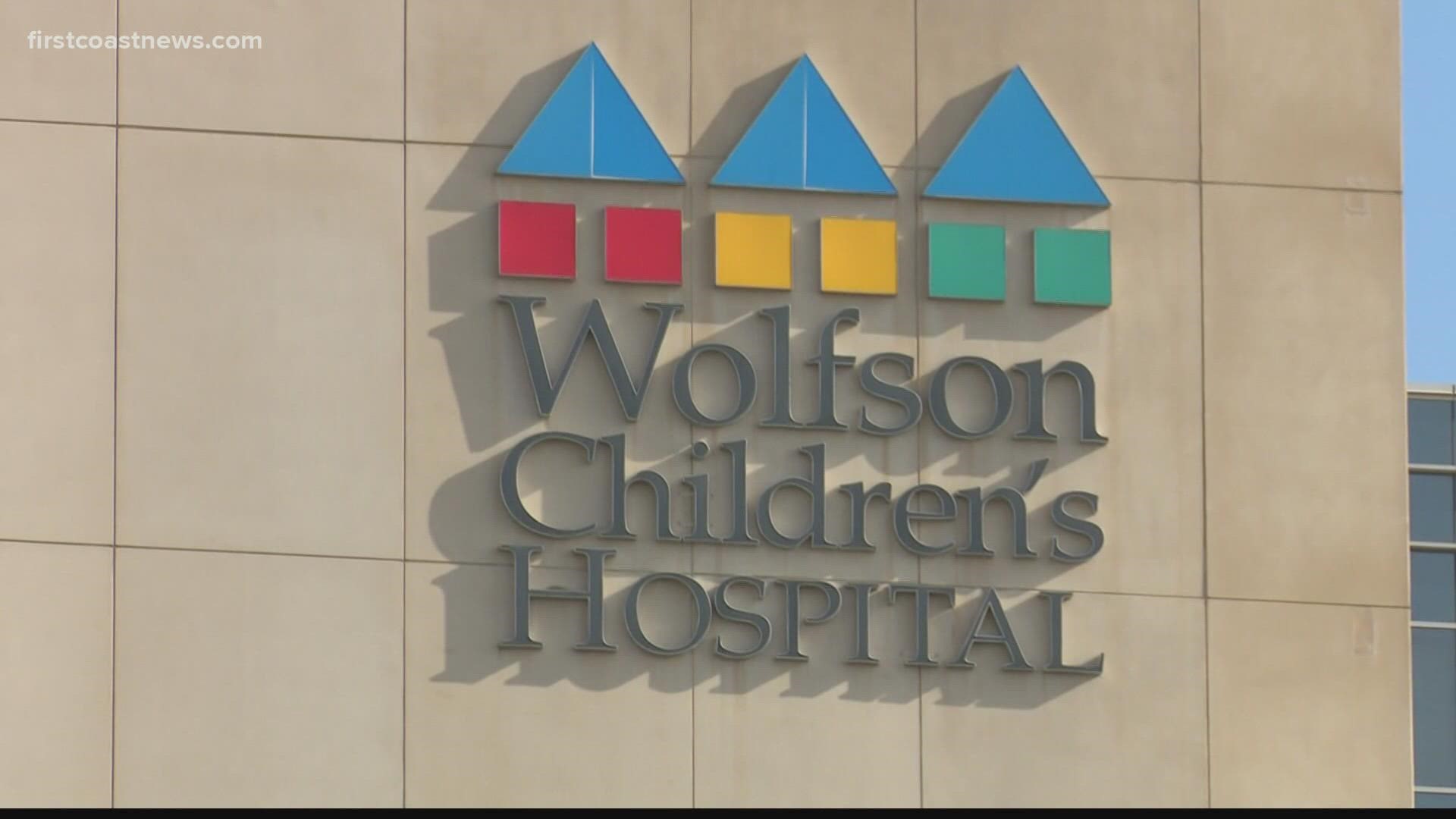 JACKSONVILLE, Fla. — Two families are mourning the loss of their children from COVID-19.

During a virtual town hall Wednesday, Dr. Michael Gayle, Chief of Pediatric Intensive Care at Wolfson Children’s Hospital said two children died within 24 hours at the hospital this week. One child was only two weeks old.

"With this increased surge that we've seen recently, we have seen double the amount of children being hospitalized with a typical COVID syndrome, symptoms and conditions on a pediatric floor, but also an intensive care unit," Gayle said.

Gayle said every day five to six children are in the ICU related to COVID with ailments ranging from respiratory failure to kidney failure.

"Even though kids are getting COVID less percentage wise, but with the increase in the kids going back to school, with some places not having mask mandates, more and more kids are being exposed to COVID, and we're seeing more kids having severe organ failure COVID-19. Unfortunately, some are going to die from it as well," Gayle said.

Pediatric COVID patients have nearly doubled since Aug. 1 at Wolfson and have remained steady since. Thursday, Wolfson reported 19 COVID pediatric patients, with four in the ICU.

COVID-19 Update for patients across our 5-hospital health system: pic.twitter.com/4NHh9sHI8u

The spokesperson told First Coast News on Aug. 9 that four children had died since the start of the pandemic. With the number now at seven, three children have died since Aug. 9, less than one month.

The spokesperson said the ages of the patients who died ranged from infancy to late adolescence. Due to medical privacy laws, details about each patient, like if they had underlying health conditions and specific ages, were not provided.

Gayle did say in the town hall that some of the children 12 or older in the hospital overall are not vaccinated.

A spokesperson for Wolfson responded to inquiries about the two children dying from COVID in the statement below:

Our hearts go out to the families who have lost children due to COVID-19. Wolfson Children’s and our caregivers grieve along with them.

“My first reaction is devastation," Dr. Jeffrey Goldhagen, a local pediatrician said. "And then a sense of disbelief that this is exactly what we have been saying to children and families that in fact, COVID is a devastating disease," he said.

Goldhagen said he hopes these two most recent deaths serve as a wake-up call for parents and for the community.

"It's critically important that families take this seriously, and by that we mean absolutely mask mandates in schools. Families should not be taking their children anywhere near indoor places where everybody isn't masked, and they should limit the exposure of their children only to people who have been vaccinated," he said.

Goldhagen said his office and others in the area are seeing a dramatic surge in pediatric cases of COVID.

"If you talk to the general pediatricians in the community, they will tell you they are being inundated with COVID," he said.

”We're an epicenter for pediatric hospitalization for COVID, and we're seeing it nationally. What we see in the hospital is the tip of the iceberg, and it hurts me down to the core that families are not taking this seriously. And their children do not have to be impacted. And children don't have to die from this disease," Goldhagen said.

He said new data shows about 15 to 20 percent of children who get COVID, even with minor symptoms, will have long haul symptoms potentially for the rest of their lives.

Goldhagen said he has a message for those who say COVID doesn't affect children.

As far as when the cases of COVID among children will peak, Goldhagen said he doesn't think anyone can predict that yet.

"What we've been saying all along is that in fact, this is a new disease. Delta variant I'm suggesting should be referred to as COVID-21 and not COVID-19, because it is a different disease," Goldhagen said. "It's highly transmissible. It's highly virulent, and I don't know that anybody can predict when this will end, or when it will decrease as far as the surge," he said.

Goldhagen said due to a lack of contact tracing of cases among children, and at times, reporting of cases, we don't have a way to find out where the hotspots in the community for cases of COVID among children are.

"Our public health system is essentially unable to respond to what we're experiencing as the most significant pandemic, certainly, in my lifetime," he said.

In the most recent report from the Florida Department of Health from last week, there were 26,475 new cases of COVID among children younger than 12. That was the highest number of new cases out of any age group.