How COVID-19 could change August and November elections

A political science professor at UNF feels some people's voting methods will change due to COVID-19 concern in the August and November elections. 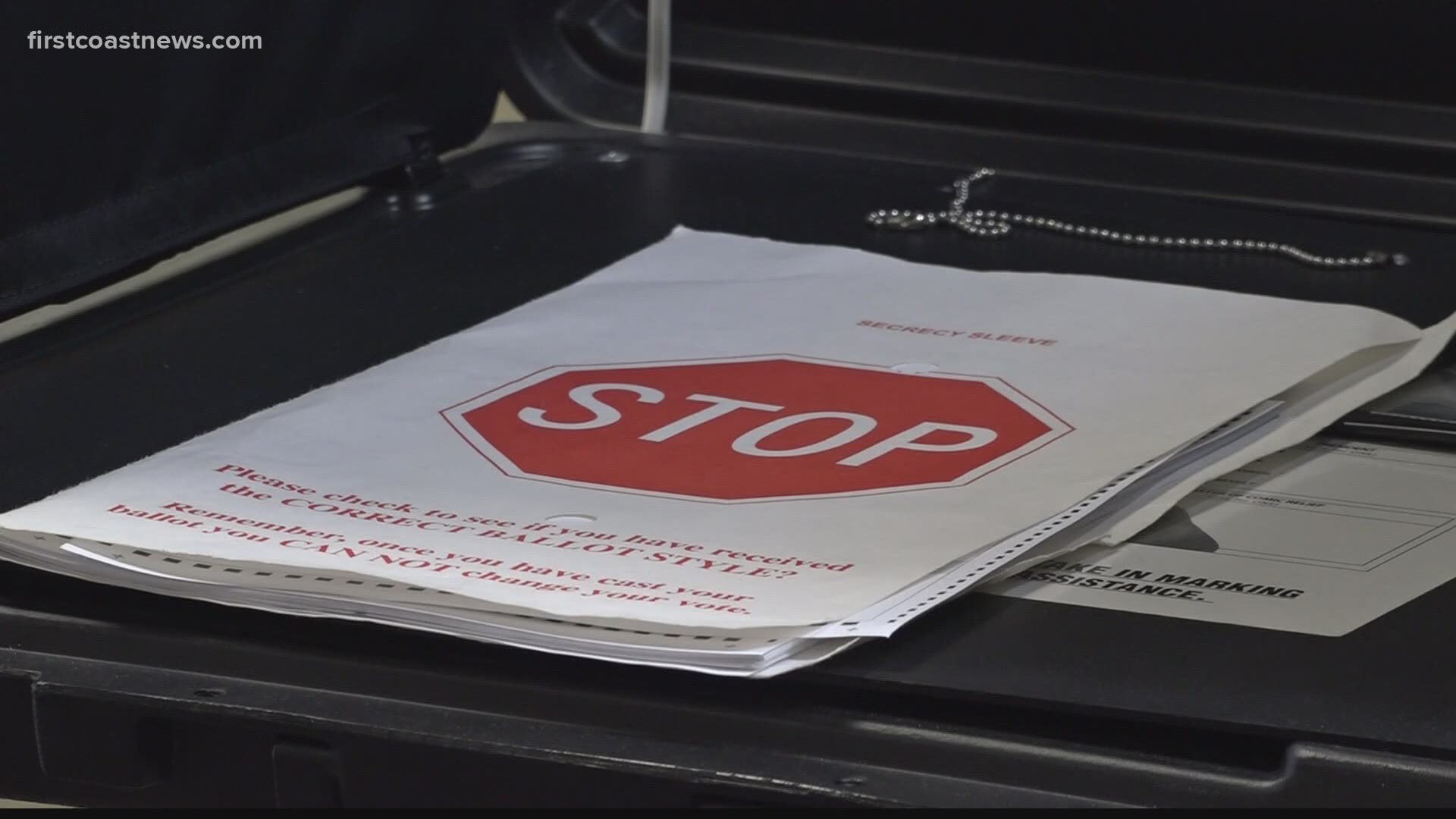 Many people may head to the mailbox instead of the ballot box for the August and November elections.

On Tuesday, the president said mail ballots are a dangerous thing for this country.

In the 2016 and 2018 elections, roughly a quarter of Floridians voted by mail. That’s about two million to three million people. Experts say there may be an increase in mail ballots due to coronavirus concern.

Mike Binder, associate professor of political science at UNF says voting by mail is convenient for many reasons.

“Maybe you work a long shift and can’t get that Tuesday off, you have kids to worry about, maybe you’re handicap, maybe you’re housebound,” Binder said.

“Assuming we’re not all mail-in November, I’d expect to see that tick up a bit as well,” Binder said.

Florida primary elections in March had many problems due to COVID-19.

In a letter written by Tammy Jones, President of the Florida Supervisor of Elections office, challenges faced included polling places becoming unavailable, hand sanitizer and other supplies were hard to find, and substantial numbers of poll workers decided not to work.

Because of this, Jones is asking Gov. Ron DeSantis to give counties more flexibility and authority to make changes as soon as possible.

Some of these changes include allowing each county supervisor of elections to create additional early voting site locations, allowing counties the option of starting early voting 22 days before the August and November 2020 elections.

Some other requests include allowing county supervisors to mail any requested vote-by-mail ballots between 25 days and 45 days before the primary and general election.

Jones’ recommendation is to not hold an all-mail ballot election.

Binder feels the timeline for decision making has accelerated.

“It takes months [to plan]. We have a statewide primary in August, that planning is underway,” Binder added.

As for President Trump’s claims about voter fraud by mail, Binder says the chances of that are small.

“To be fair, there is such little voter fraud in this country, it’s astonishing, the level of fraud is minuscule, there are not millions of fake votes being dumped into elections, there’s just zero evidence that occurs,” Binder said. “All that being said, is fraud by mail a little easier? Yes. Maybe your husband or wife passed away and they weren’t taken off the voter rolls, an absentee ballot comes to the house, could someone fill that out? Sure. Is it easier to do? Yes but there’s such little evidence it actually matters a great deal.

If you’re interested in voting by mail, instructions can be found in this link on the Florida Department of State’s website.