David and Terri Feil got back to Houston Tuesday morning after being quarantined in San Antonio for nearly a month. 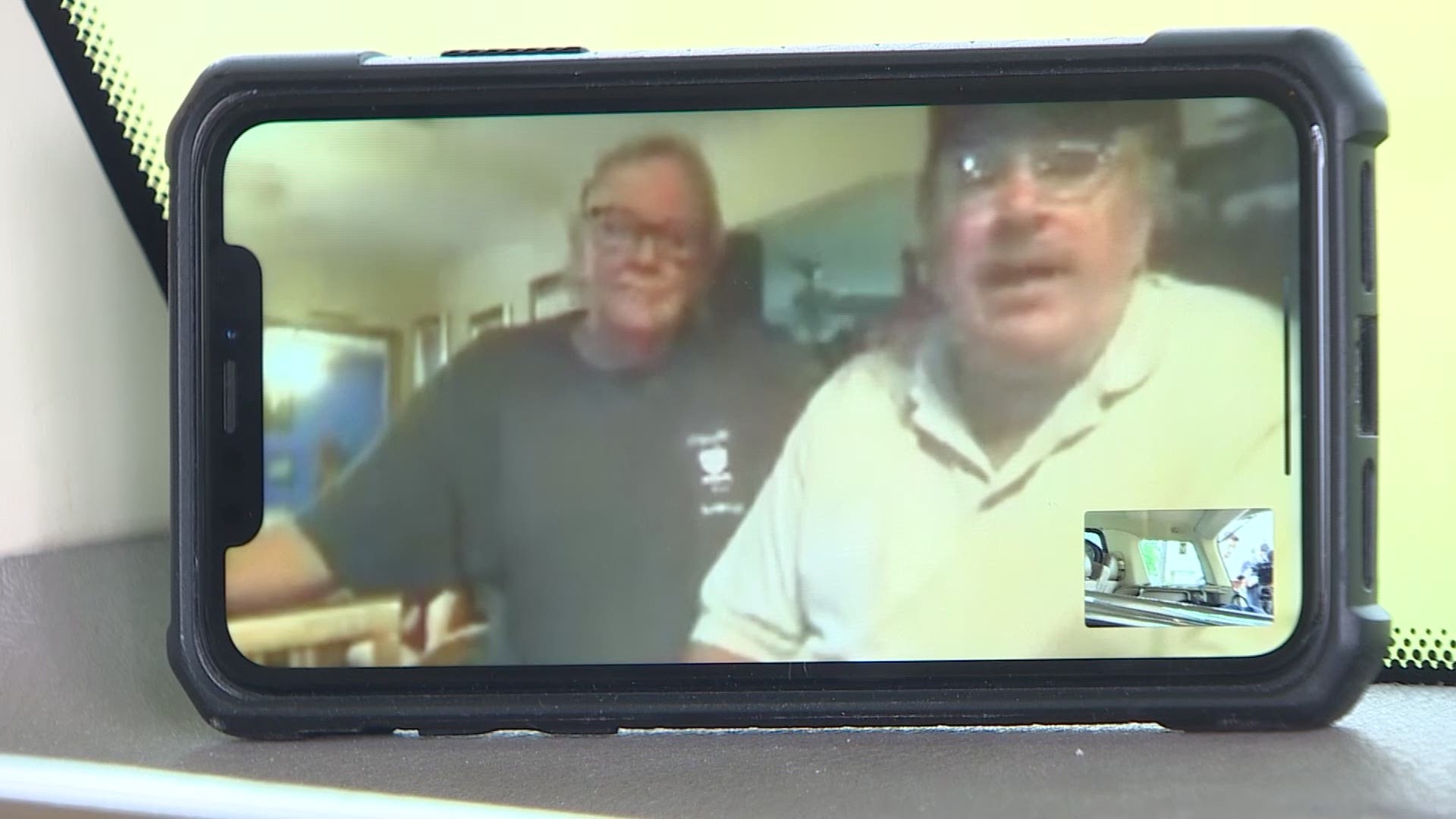 HOUSTON — A Houston couple just returned home early Tuesday morning following a nearly month-long quarantine in San Antonio after the cruise ship they were on had a coronavirus outbreak.

David and Terri Feil were kept at Lackland Air Force Base after their trip on the Diamond Princess cruise ship upon which at least 169 people tested positive for COVID-19.

The Feils were on a cruise that started in Singapore in early January and spanned multiple countries and cities, including Hong Kong, Taiwan, and Japan.

On February 1, Princess Cruises confirmed that a guest from Hong Kong who traveled for five days in the Diamond Princess from Yokohama on Jan. 20 -- and disembarking in Hong Kong on Jan. 25 -- tested positive for the coronavirus, six days after leaving the ship. Princess Cruises said that passenger was not seen in the ship medical center during the voyage.

Passengers were tested and screened by Japan's Ministry of Health. That process finished on Feb. 4.

The Ministry of Health required the ship to be quarantined in Yokohama for at least 14 days.

The Feils said they contacted the U.S. Embassy in Japan on Feb. 5 to notify them of the situation. Eleven days later, the Feils say they received an email from the Embassy, advising them to either get on a plane to the U.S., or remain quarantined overseas until at least March 4.

The U.S. Department of State provided chartered aircraft for those U.S. citizens on board the ship to come back home.

They said, 'you are getting on an airplane and you’re going to the United States, but we don’t know where,'" said David Feil.

The Feils volunteered to take at least two tests for coronavirus. Both times, they tested negative.

After arriving at Lackland Air Force Base in San Antonio, the Feils said they were quarantined again for another 14 days, and were told that if they showed now symptoms, they could be released on March 2.

They said during the quarantine at Lackland AFB, the CDC swabbed their noses and throats.

"We got the results back again, both of us, in writing, negative," said Terri Feil.

The CDC told them that so long as they showed no signs or symptoms, they could go home on Monday March 2,  until the mayor of San Antonio signed an emergency order to keep those cruise ship evacuees at the base for more testing.

"When that balloon popped, it was not pretty. There were a lot of upset people," said Terri Feil.

Late on Monday, March 2, the CDC knocked on their door at the Air Force Base, and the Feils were given written statements allowing them to leave, they said.

"The CDC told us in no uncertain terms to get out of Bexar County," said Terri Feil.

Their son picked them up in San Antonio around 11:30 p.m. and they drove overnight to get back to their home in Houston.

He said they feel healthy, and are willing to self-quarantine at home if necessary.

"Guess what? I’ve got two more cruises scheduled," he said. "I’m not going to let one little incident stop me from getting my bucket list."

Send us a news tip | Download our app | #HTownRush Newsletter