Hundreds of homeless people tested for COVID-19 in Jacksonville, all are negative

Jacksonville is one of two cities in the US where all homeless people were tested for coronavirus. Of the nearly 700 tested here, all of the results were negatives. 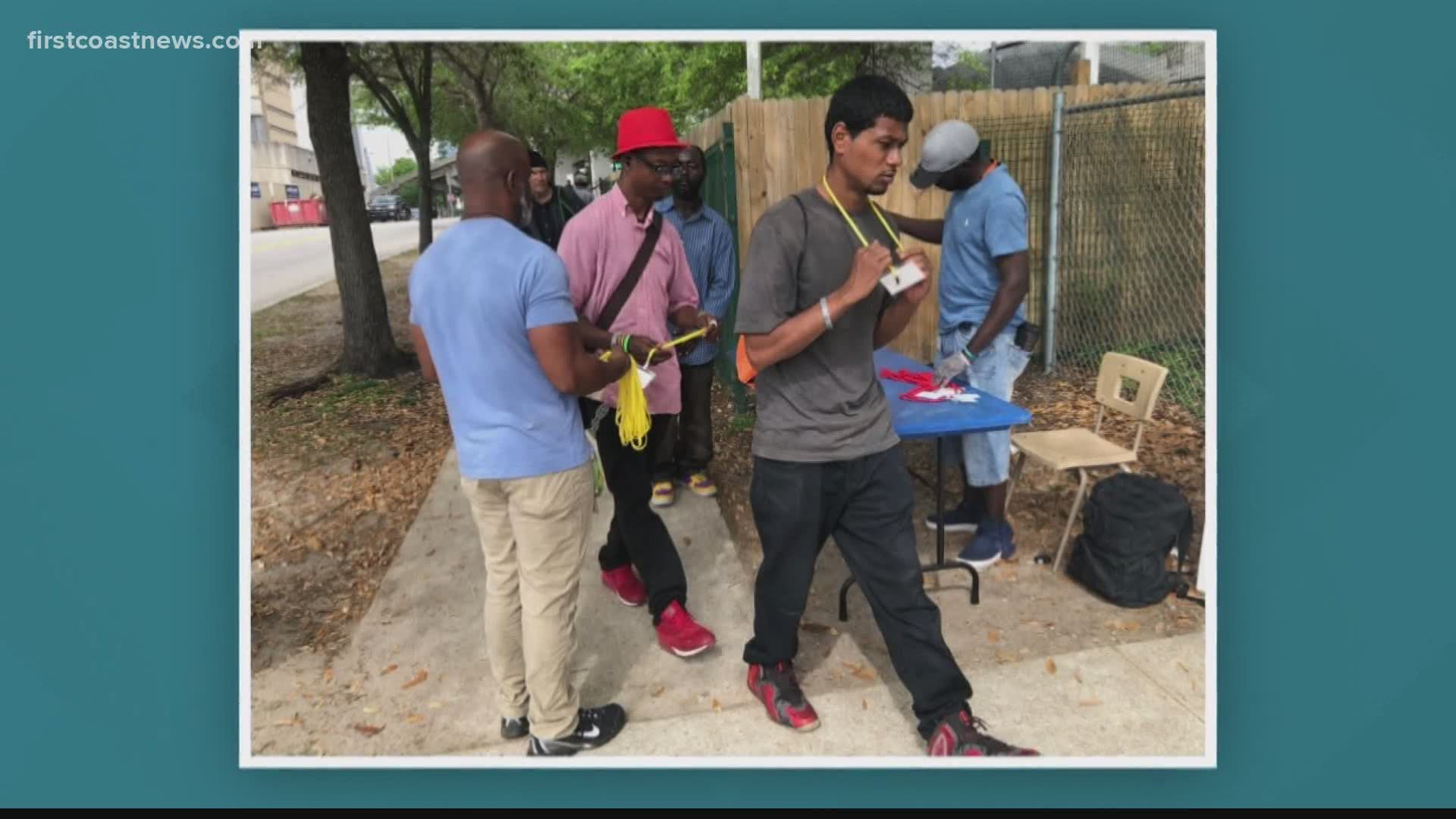 JACKSONVILLE, Fla. — A group that provides support and services to Jacksonville's homeless population says it participated in a program allowing it to test all of the homeless people here for COVID-19.

Jacksonville is one of two cities in the U.S. selected by Quest Diagnostics to test the areas' homeless populations for coronavirus, according to a news release from Sulzbacher, a Jacksonville-based homeless support organization.

The other city is Phoenix, Ariz.

In Jacksonville, 687 people were tested and Quest Diagnostics confirmed that, "all tested individuals did not have COVID-19; everyone was negative," the news release states.

The release went on to say how the homeless testing operation, which began May 4, was orchestrated.

RELATED: What does Phase 2 look like? Jacksonville Mayor says the city is ready