Earlier in the day, he extended the state's health emergency order. 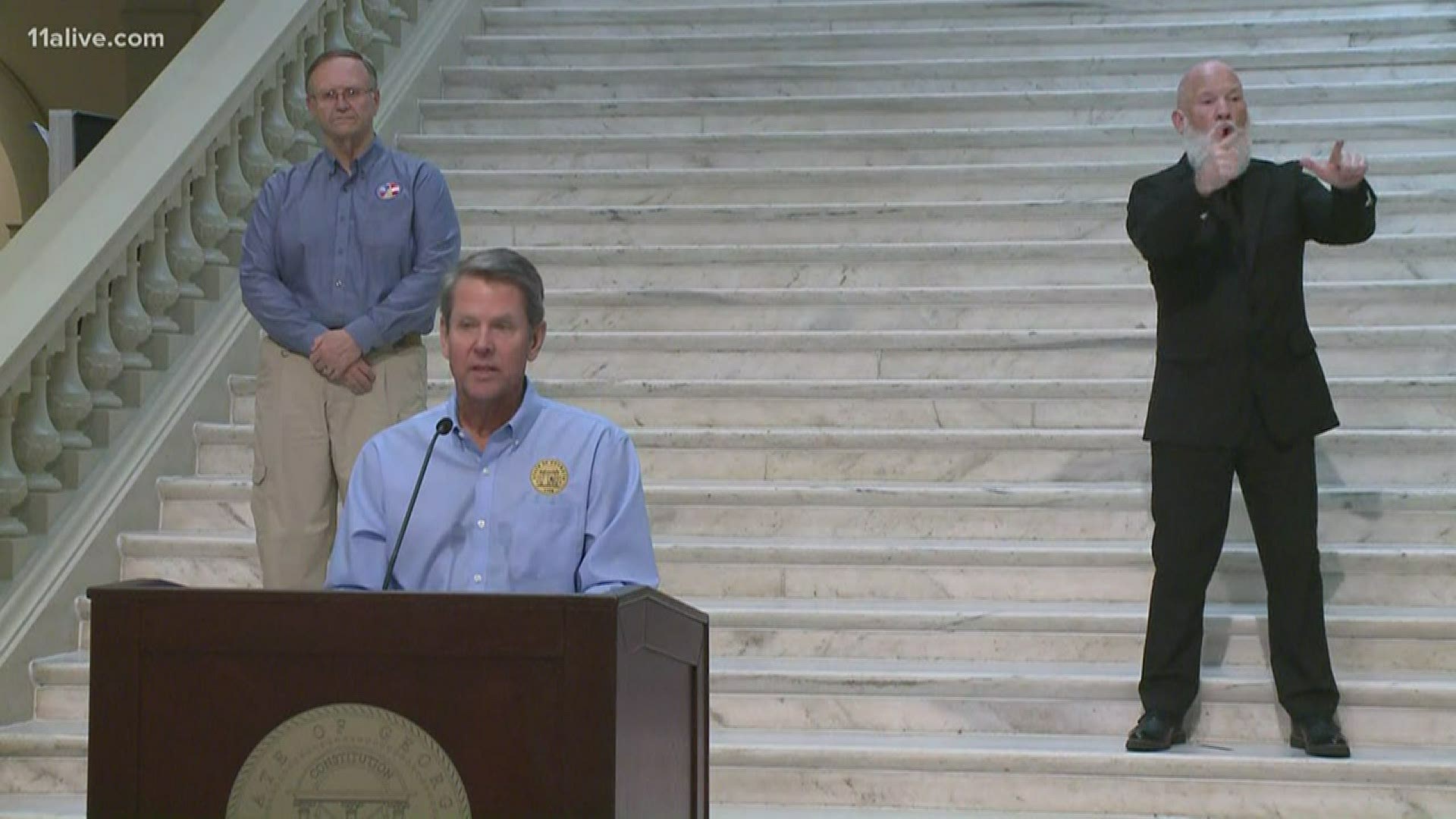 ATLANTA — UPDATE: Gov. Brian Kemp extended the statewide stay-at-home order until April 30 during a briefing on Wednesday at the State Capitol.

It was originally set to expire on April 13.

He also suspended all short-term vacation rentals in Georgia. State parks and beaches remain open, despite citizens and commissioners urging him to shut them down.

ORIGINAL STORY: Gov. Brian Kemp, along with other state officials, are addressing the citizens of Georgia during a briefing on Wednesday in reference to our COVID-19 efforts.

The event is taking place at the Georgia State Capitol.

Kemp announced earlier in the day that he is extending the public health state of emergency until May 13. It was originally set to expire on April 13.

Kemp said this measure allows the state to "continue to deploy resources to communities in need, lend support to frontline medical providers, and keep preparing as we brace for potential patient surge in our healthcare facilities."

A shelter in place order remains in effect until April 30.

Kemp has been under pressure from communities and citizens to shut down all state parks and beaches, but they remain open as of now.

The briefing is being streamed live at 11Alive.com and on 11Alive's YouTube channel.

Coronavirus in Georgia: Public health state of emergency extended to May 13