Concerned about visitors to Florida from New Orleans, another growing epicenter, DeSantis added travelers from that state to his order to self-isolate for 14 days. 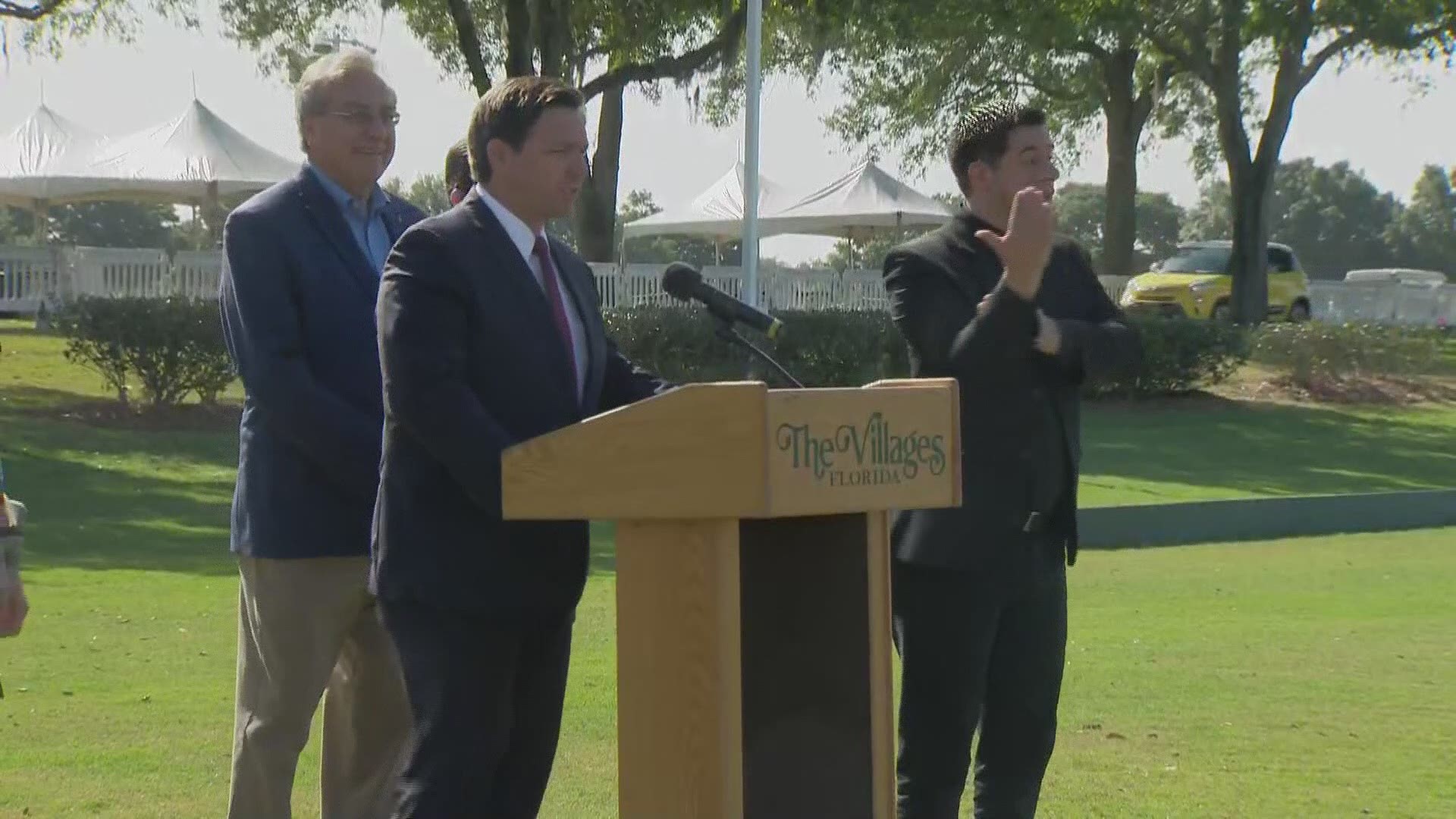 Florida Governor Ron DeSantis held a video press conference Friday afternoon to update the state on new orders and actions being taken to stop the spread of the coronavirus.

DeSantis began by reiterating his executive order for any travelers coming from New York, New Jersey or Connecticut to self-isolate for 14 days if they come to Florida. He said those areas were considered "hot spots" for the virus.

So far, DeSantis said 3,400 travelers have been screened from New York since that order went into effect. Because of that 14-day self-isolation requirement, he said they are now seeing a major reduction in travel into Florida from those areas where the virus is more prevalent. He said Texas is now "following our lead" and imposing the same kind of measures.

With concern over new visitors to Florida from New Orleans -- another growing epicenter, DeSantis also added New Orleans travelers to the order to self-isolate for 14 days as soon as they enter the state.

He is also adding checkpoints throughout Florida, particularly along I-10 and other "main thoroughfares".

DeSantis is suspending vacation rentals in Florida for the next two weeks. He asked people to stop any kind of large gatherings, even if they are held in private.

The National Guard will be sent to Palm Beach County next, which DeSantis said was "a distant third for infections", but they also "haven’t had nearly as much testing as Dade and Broward" so those numbers could change.

Collection swabs are still in short supply around the globe, but they will be pushing out 1,000 new swabs each to Hillsborough, Miami-Dade, Broward and Palm Beach counties soon, DeSantis said.

He is also directing the Florida Department of Children and Families to submit a federal waiver to temporarily increase Snap recipient benefit amounts to the maximum monthly allotment.

An emergency order was issued by DeSantis for the Florida Fish and Wildlife Commission to enforce social distancing on the waterway after seeing multiple people violating social distancing rules by tying up boats together for parties.

There are 19,200 hospital beds are currently available around the state, DeSantis said. They are monitoring this data daily and so far do not see any shortages of hospital beds in Florida.