Mayor Shirley Sessions issued a scathing open letter that called out the executive order which forced them to reopen beaches they had just closed. 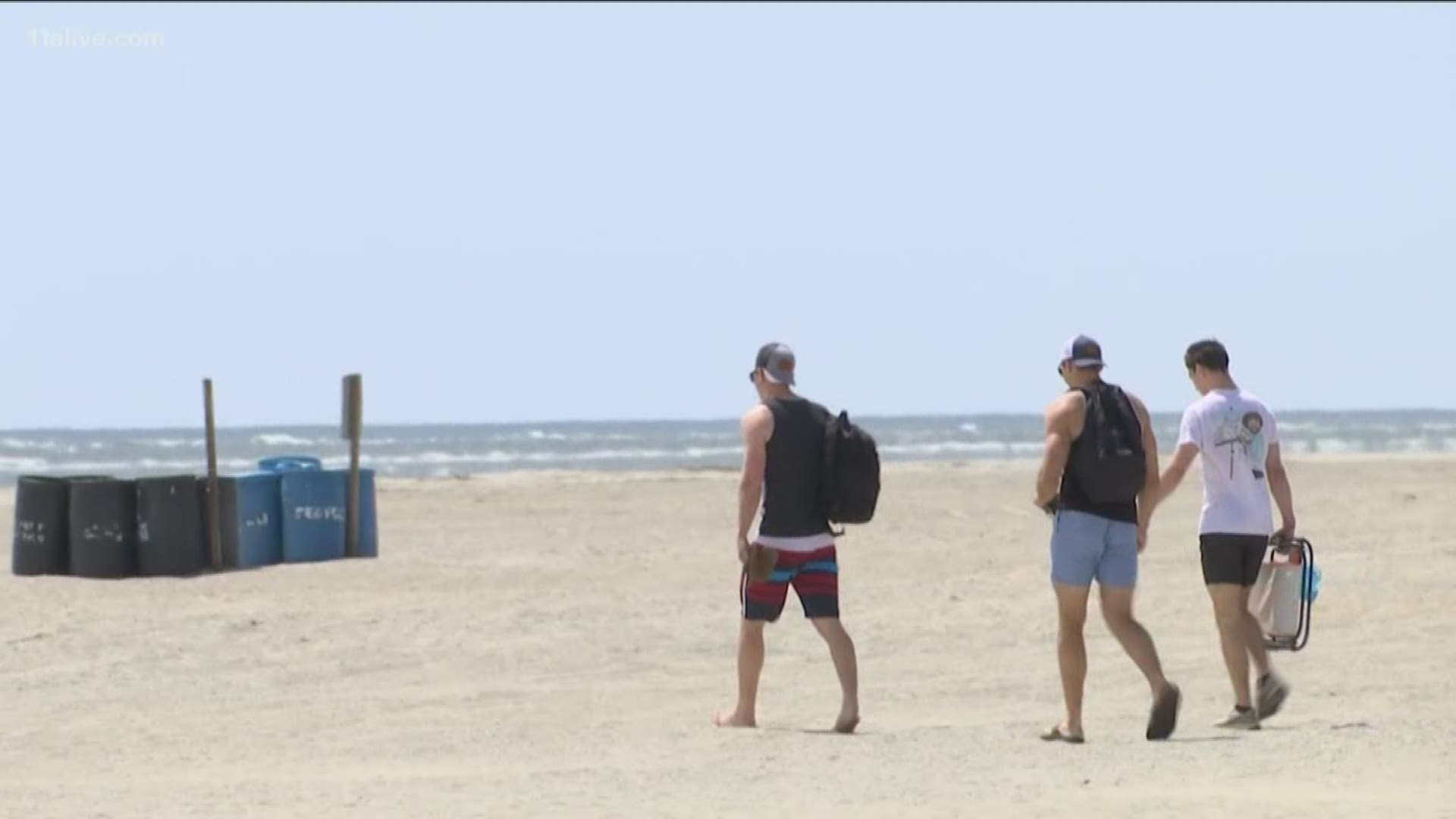 TYBEE ISLAND, Ga. — While the governor's order has closed many places, it also reopened others, like Georgia's beaches.

And at least one Georgia mayor is now concerned about extra visitors in her town as a result.

The Mayor of Tybee Island and others living there are glad that the statewide order will help ease the spread of COVID-19. However, they are not happy it reopens popular beaches that were closed by the island's own ordinance just a day before.

The island community near Savannah has long been a popular in-state getaway. The population is about 3,000 but Mayor Shirley Sessions said 30,000 people can easily flood the island. That's why she said the city closed the beaches during the pandemic.

She pointed out that there were 20,000 young people on the beach before they put their declaration into effect. And it was definitely a decision they wrestled with.

"We spent a lot of time a lot of effort in meetings, meeting with the public to really try to put forth some balanced, fair restrictions," Sessions said.

"It was a little bit of a shock and we weren't prepared to go back and undo everything that we have done over the last few weeks," Sessions said.

In a scathing open letter, Sessions said she and the city council are devastated and do not support his decision.

She goes on to write:

The health of our residents, staff and visitors are being put at risk and we will pursue legal avenues to overturn his reckless mandate.

11Alive reached out to Gov. Kemp's office to get a response. And while the office didn't respond directly, Kemp posted pictures from one of Tybee's most popular beaches that show few on it.

"@GaDNRLE and ⁦@ga_dps⁩ report no issues as they patrol the beach and surrounding areas," he wrote. "Beachgoers are mostly locals and complying with social distancing orders. We will continue to monitor conditions."

He also shared aerial photos from other beachfront like Lake Lanier which showed similarly sparse crowds.

Sessions did thank Kemp for sending the Georgia State Patrol and the Department of Natural Resources to help. But she said that still doesn't address issues that could arise if tourists flood the island.

She also encouraged Georgians to make good decisions and not visit beaches - even though they technically can.

Church, golf and other things you can still do under Georgia's stay-at-home order