Matt Rogers was discharged from the Mayo Clinic in Jacksonville Wednesday. 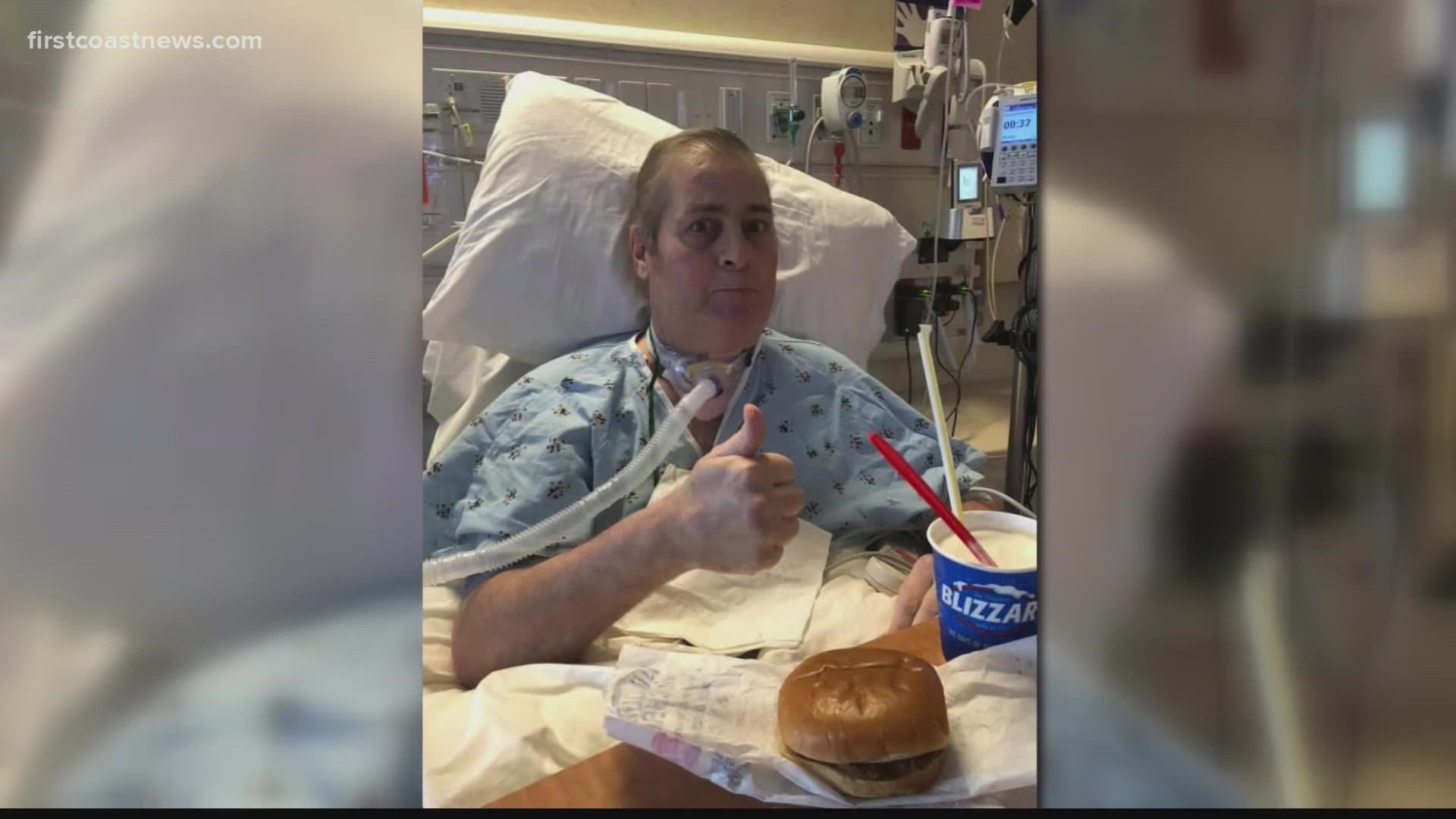 JACKSONVILLE, Fla. — Matt Rogers had to wait 227 days to say goodbye to his nurses, leaving the Mayo Clinic in Jacksonville Wednesday after a COVID-19 diagnosis in January.

"It was a true miracle and it's a blessing," Rogers said.

The medic air evac flight nurse ended up in three hospitals and on an ECMO machine, which helped his lung and heart function.

COVID wasn't his only concern.  Doctors performed a double lung transplant and a double bypass in the same surgery, a first for the Mayo Clinic.

"I think about how's it fair that I survive and so many don't?" he asked.

Doctors told Matt's wife and two sons that he was not expected to survive and gave them do not resuscitate papers. They refused to sign them.

Matt spent hours in physical therapy.  His wife recorded his progress.  He had to learn to walk again and says his prognosis is good.

He credits his entire team of nurses and doctors with saving his life.  "Even when I walked out, I told my wife that I probably would wake up in the hospital bed in the morning and this would all be a dream," he said.