The governor is speaking at the State Capitol. 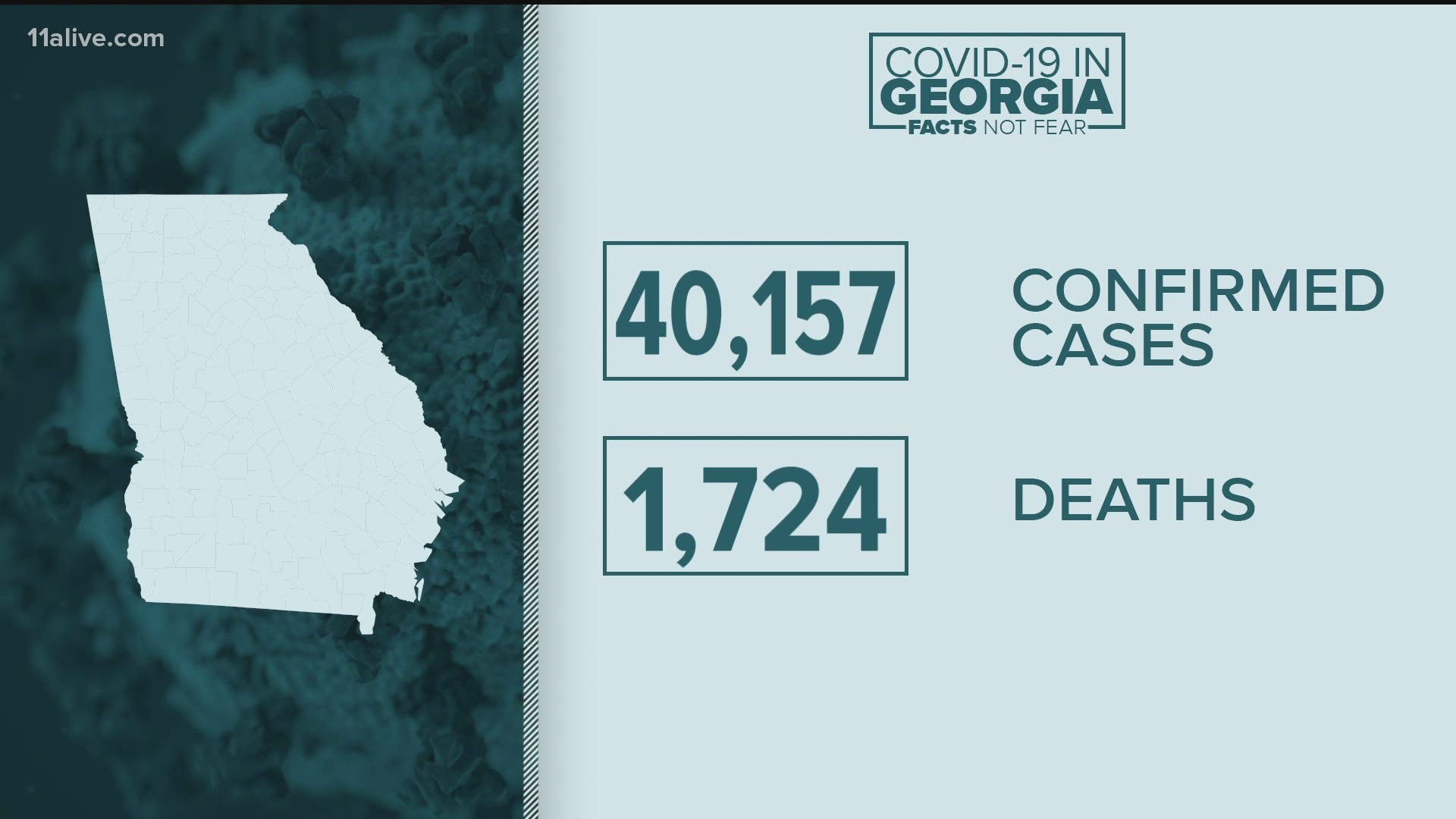 ATLANTA — Gov. Brian Kemp is providing an update this afternoon on the state's coronavirus efforts, with a press conference that started at 4:30 from the State Capitol.

A release by the governor's office said he would be joined by a number of other public officials, including Public Health Commissioner Dr. Kathleen Toomey.

The news conference is being streamed on this page and on our YouTube page.

The update comes as the governor's office faces the latest in a string of data controversies, with the state Department of Public Health acknowledging on Wednesday that it has been including antibody tests in its overall coronavirus test count since early April.

The development is significant for a few reasons.

One goal of the Centers for Disease Control and Prevention is to test at least 2 percent of the population. On Monday, the governor's office said Georgia passed that benchmark by testing 3.3 percent of the population. The state also said it added more than 50,000 tests over the weekend, and, of all those tests, there was a drop in the percentage of people testing positive.

That's exactly what we want to see happen. But that may be misleading, if the two different tests results are combined. That's partly because antibody tests don't tell us how many people actually have the virus. The tests have also been widely criticized for being unreliable.

11Alive's Cheryl Preheim spoke to Georgia Department of Public Health Commissioner Dr. Kathleen Toomey about the new development Wednesday evening, who said she just found out that the two types of tests were combined in the state's count -- and still trying to sort through that information.

"We are actually working on that right now, and I'll have an update probably by (Thursday) as to how we will display that data - whether still as part of aggregate total, or separate it out so you can see which test is being done to identify current infection versus past infection," she said during an interview with 11Alive. "So, that's late-breaking news that I'm still learning about myself."

For some Georgia restaurants, reopening brought bills, not customers - so they closed

How to get a free COVID-19 test in Georgia

Social distancing 1 week earlier could have saved 36,000 lives in US, study suggests

A closer look at COVID-19 cases in Fulton, Cobb counties