Trouble-plagued state unemployment site is shut down for maintenance – again. 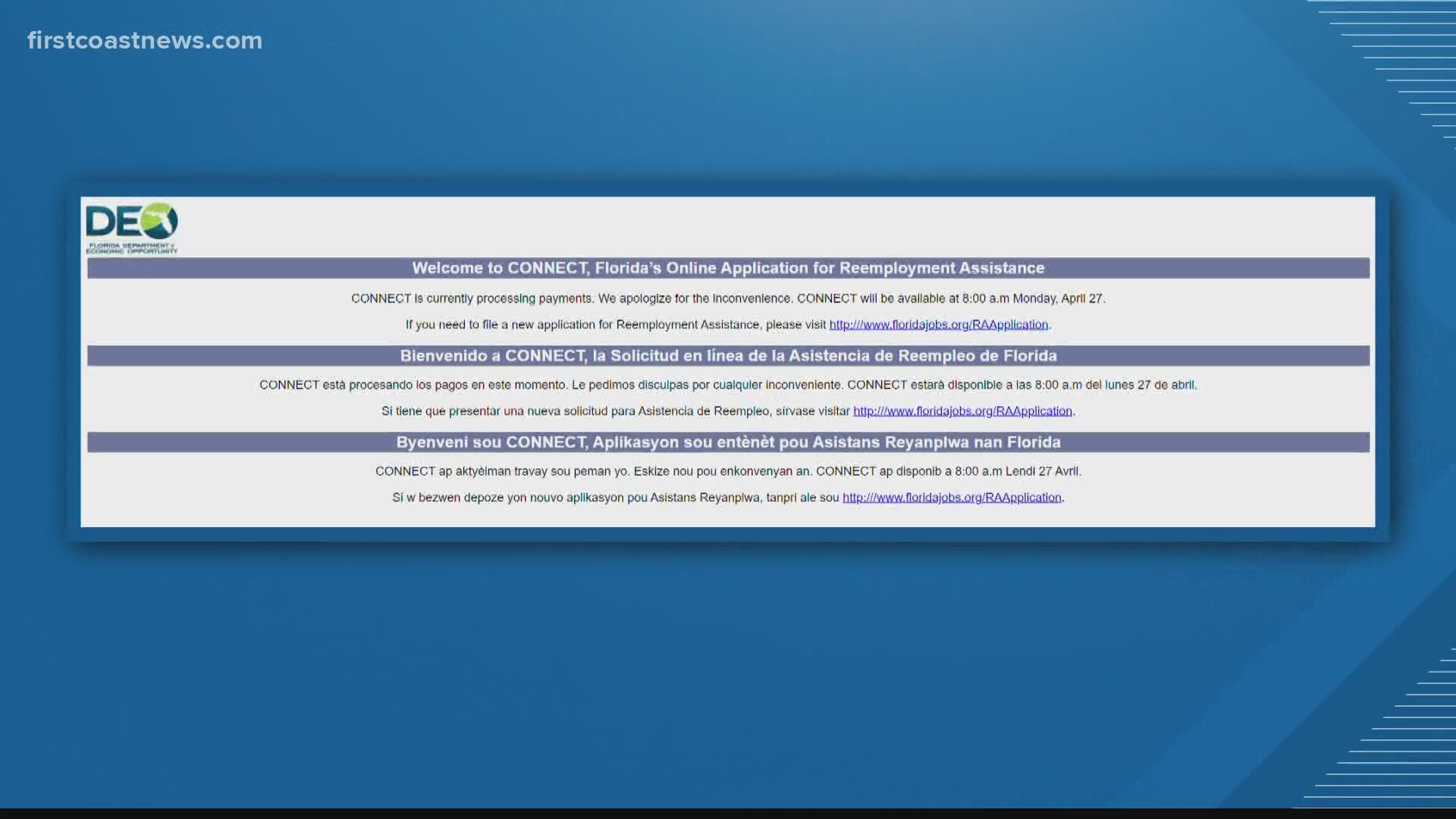 “[The website] CONNECT is currently processing payments. We apologize for the inconvenience. CONNECT will be available at 8:00 a.m Monday, April 27.”

The website has been a highly publicized disaster since newly unemployed Floridians began flooding the filing portal in March. Some have spent as many hours trying to log into the system they have missed on the job. More than 1.7 million claims have been filed since March 15, and just 108,000 claims have been paid – under 16 percent.

Gov. Ron DeSantis has called the system “cumbersome” and the state’s initial response “unacceptable.” He made several public efforts to increase server capacity and improve the system’s functionality, which at times has required the system to be shut down overnight. But system shutdowns have increased frustration and the backlog of people struggling to file claims.

Critics of the system, rolled out in 2013 by former Governor Rick Scott, say it isn’t just overwhelmed, but designed to discourage claimants and reduce unemployment rolls.

“It is completely insidious,” says Michele Evermore, senior policy analyst with the National Employment Law Project in Washington, D.C. “When the state emerged from the recession, there was huge pressure to cut benefits rather than raise taxes.”

Because people are not eligible for compensation until their claim is officially “received” by the state, there has been mounting concern that people would be denied weeks of benefits simply because the state system isn’t up to the task.
Just this week, officials with the Department of Economic Opportunity said they would make payments retroactive.

The DOE released the following statement in regards to the outage:

A week ago, Governor DeSantis tasked Secretary Satter with doing whatever it takes to ensure eligible Floridians receive their Reemployment Assistance benefits as soon as possible. In order to process the payments faster, the CONNECT system will be offline until Monday. We know that not being able to access the system may cause uncertainty, but these updates are designed to expedite the process for payment.

Governor DeSantis continues to eliminate unnecessary bureaucratic hurdles to ensure claims are processed and paid as quickly as possible. On an emergency basis, Governor DeSantis suspended the requirement that recipients submit a report every two weeks regarding their job search and ability to work in order to keep receiving benefits. The Governor’s Administration also suspended the one-week waiting period that required claimants to wait seven days before they could receive reemployment assistance.

Claimants do not need to log-in to CONNECT since these requirements have been waived at this time. Any new claimant can access www.FloridaJobs.org/RAApplication to file for Reemployment Assistance.

RELATED: President Trump expected to sign $500B aid bill as US virus cases near 870K

RELATED: Vast majority of Floridians who applied for unemployment benefits have yet to receive a check

RELATED: Unemployment Maze: Will Florida pay retroactive benefits to those who missed out because of faulty system?