'Encouraging trends, a lot more to do' | Gov. DeSantis during COVID-19 update 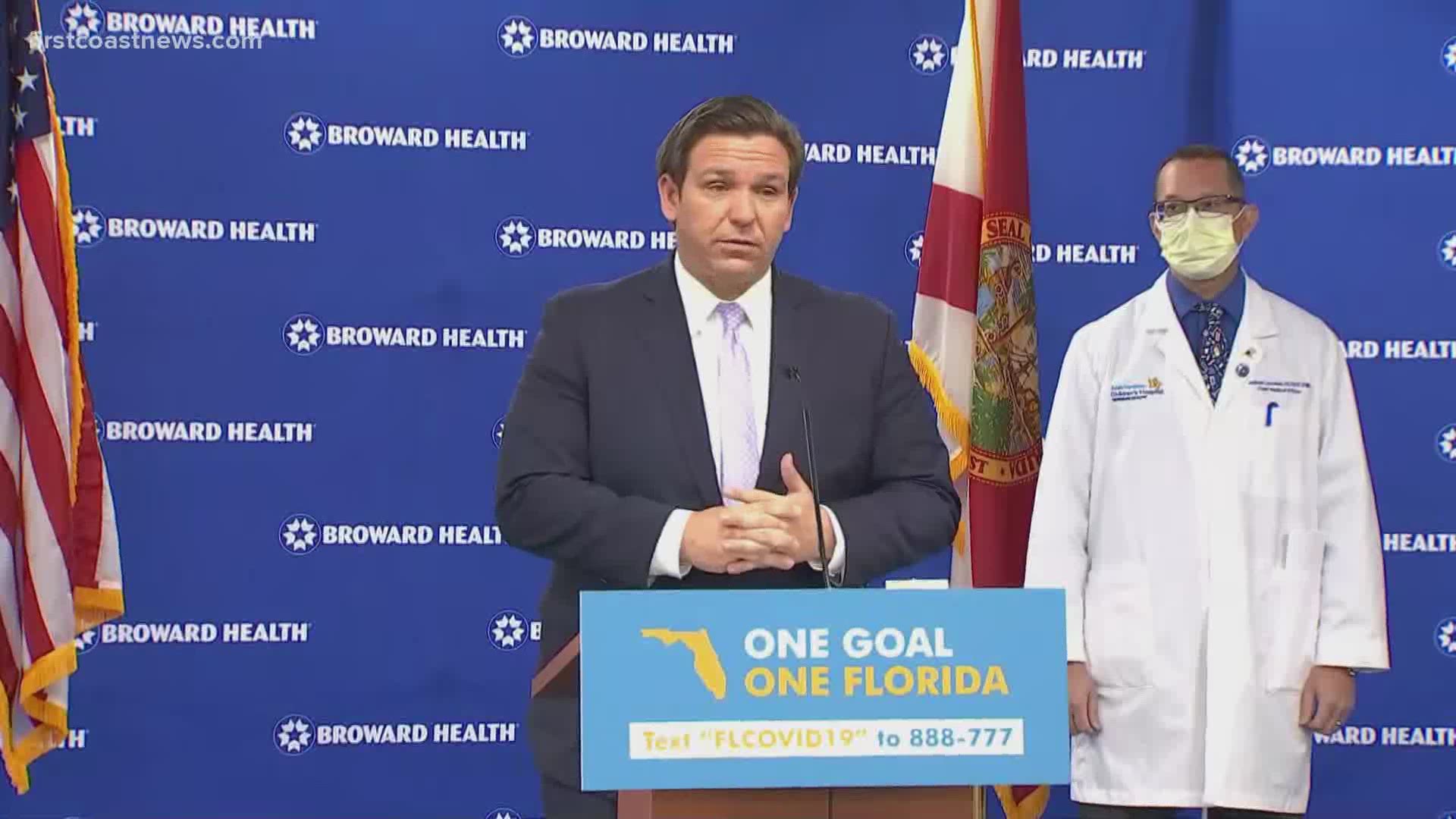 Gov. DeSantis said the preparations for tropical storm Isaias were a "good trial run" for what the state would do in advance of a hurricane. The state tested its sheltering strategy by sending PPE kits to emergency shelters in the storm's path. Shelters were also expected to redirect people testing positive for COVID-19 or having a fever to local hotels where they could quarantine and stay safe.

The governor added that today the state of Florida reported one of the lowest rates of COVID-19 test positivity in weeks, showing 9% statewide.

Other health officials confirmed that the state has seen a two-week decline in both the numbers of coronavirus-related emergency room visits and hospitalizations.

Governor DeSantis also said every COVID-19 test site in Florida will now have a lane exclusively for the use of people who are symptomatic, more than 65 years old, or both. These lanes will have self-swab test kits available and should provide test results between 48-72 hours after testing.

DeSantis said many people had complained of test results coming back after a week, rendering them virtually useless. He hopes these new tests will help the most at-risk groups.

The 15,300 cases confirmed on July 11 marked the highest number of new COVID-19 cases reported by any state in a single day. The report for July 15 was the second-highest with 13,965 new cases.

Florida has now had more confirmed cases than Germany and France, according to data from Johns Hopkins University & Medicine. Germany has 83.02 million residents, which is more than 3.86 times the population of Florida. France has nearly 67 million residents -- more than three times Florida's population.