'Shame on you!': Protester disrupts governor's news conference on COVID-19 in Miami

The news conference comes one day after the state announced a record-setting new single-day COVID-19 numbers, more than any other state. 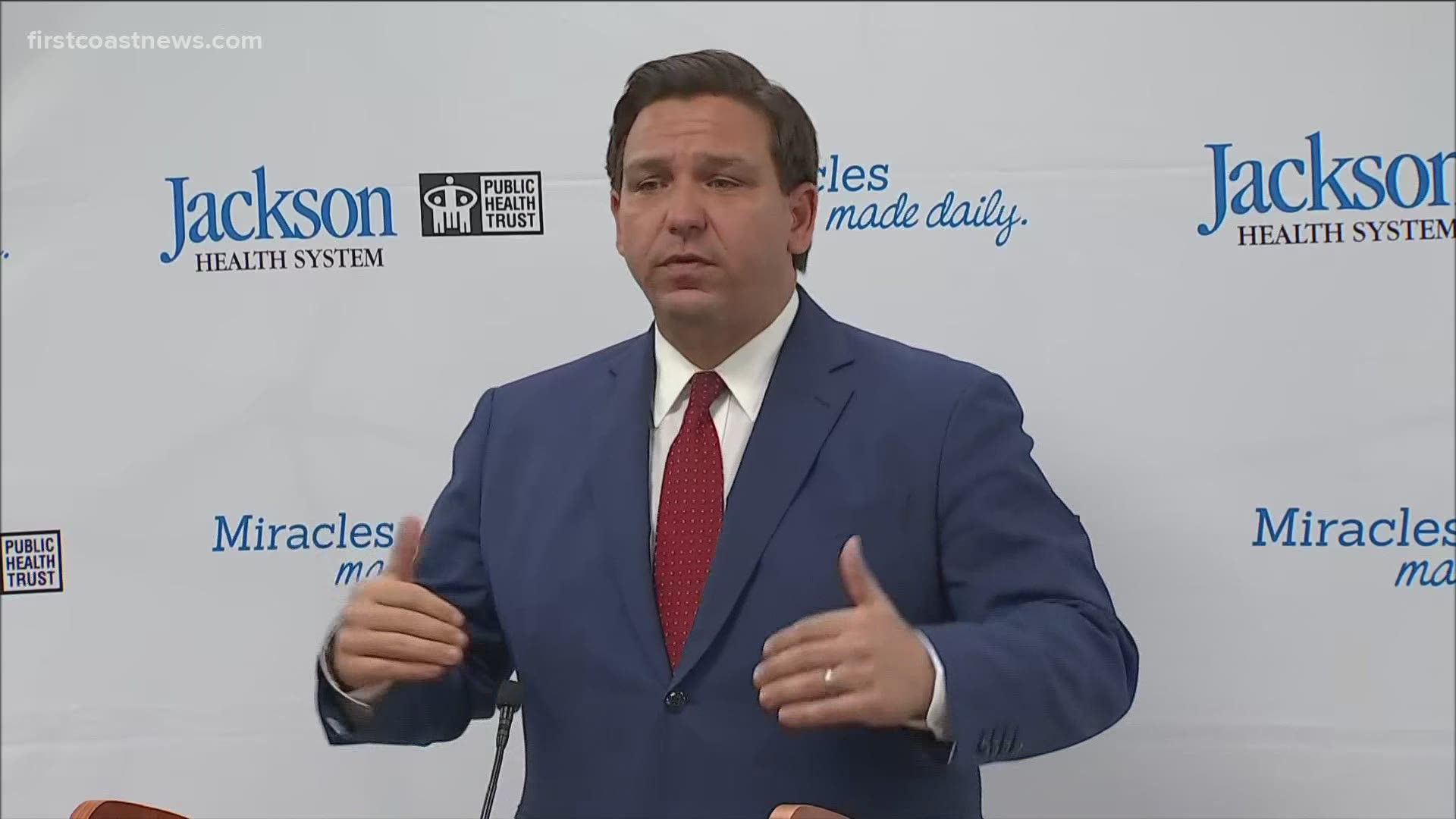 MIAMI — Florida Gov. Ron DeSantis' news conference Monday afternoon on the state's COVID-19 response was disrupted by a person shouting at the governor in the first couple of minutes of his speech.

"Shame on you!" the dissenter could be heard crying from the back of the room. "Over 4,000 people are dead and you are blaming the protesters. You have no plan!”

The governor paused briefly before continuing to speak over the continued audible cries from the person who was presumably removed from the room in which the news conference was being delivered at Jackson Memorial Hospital in Miami.

The new conference comes one day after the state announced a record-setting new single-day COVID-19 numbers, more than any other state, with 15,300 new cases reported July 11.

Today I am holding a press conference regarding #COVID19 in Miami at 5PM. Tune in to the @floridachannel or https://t.co/vmF6ADSXqT.

Florida is now the state with the highest number of new COVID-19 cases reported by any state in a single day. The previous high was 12,274 in New York on April 4, the Miami Herald reported. New York has a population of 19.4 million and Florida has 21.4 million.

The state has yet to report a day in July where the number of newly confirmed cases was fewer than 6,000.

A total of 4,242 Florida residents have died during the pandemic, the Florida Department of Health said. One hundred four non-resident deaths are also listed on the health department's report.

RELATED: Here's a full list of where to get tested for COVID-19 in Jacksonville