The governor made reference to the national spotlight that was put on the city after the decision was made to re-open the beaches two weeks ago. 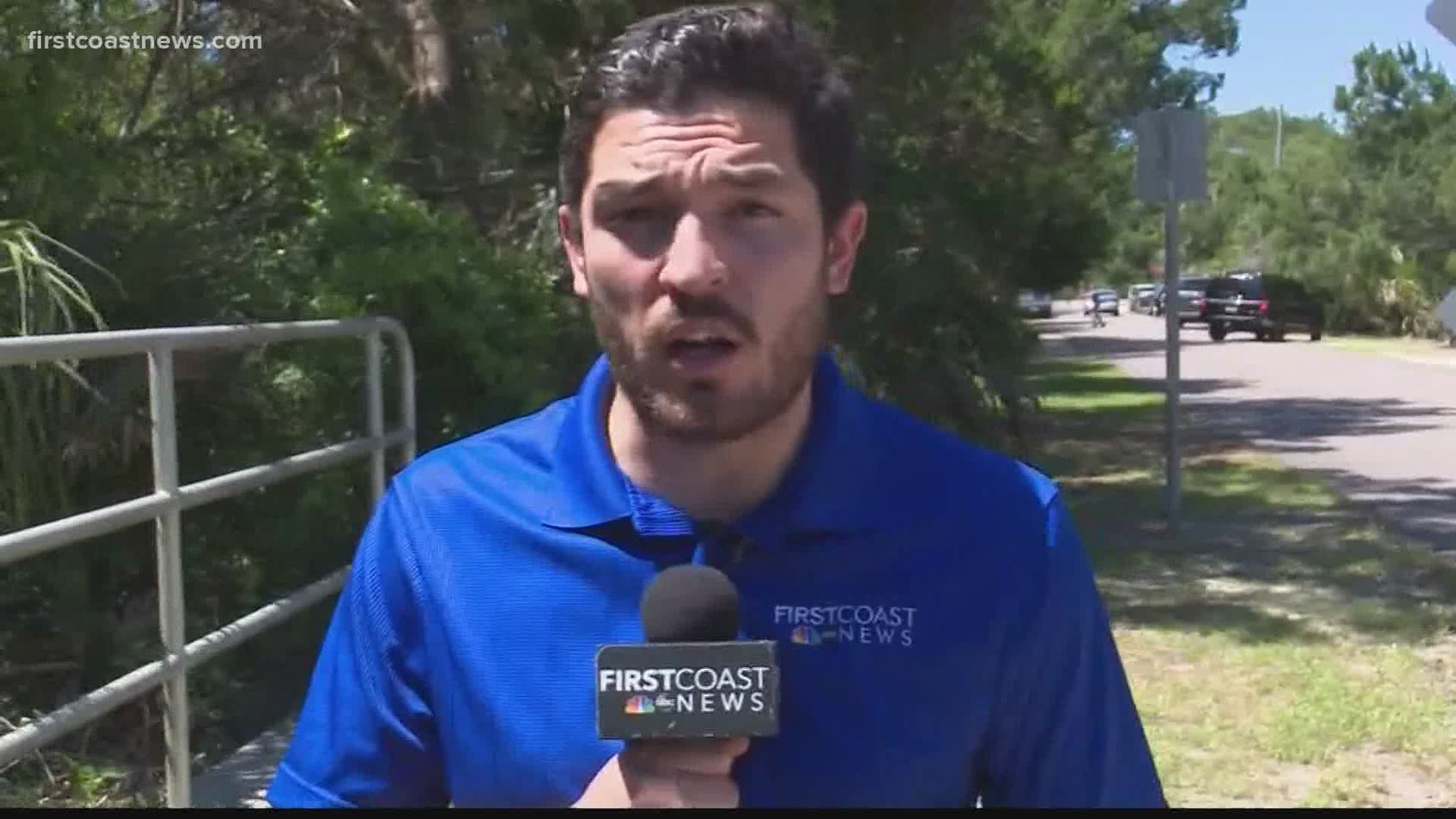 JACKSONVILLE, Fla. — During a press conference Friday afternoon, Florida Governor Ron DeSantis praised the Jacksonville's efforts in fighting back against the coronavirus pandemic.

DeSantis specifically praised Mayor Curry who "has done a fantastic job" in making level headed and fact-based decisions despite outside criticism.

The governor made reference to the national spotlight that was put on the city after the decision was made to re-open the beaches two weeks ago.

"A lot of people thought it was the most significant thing that ever happened... like it was Lolapooloza on the beach," DeSantis said. "I want to thank the local media here in North Florida who fought back against those narratives."

A Getty photo shared by several outlets shows people walking around Jacksonville Beach on April 17, 2020. The image is real, but it does not show exactly how far apart most people actually were.

Also during his news conference, DeSantis also announced that state parks will reopen starting next week under his 'Phase One' reopening plan.

"Outdoor transmission is less likely than transmission in closed environments," DeSantis said, citing a recent study from the Department of Homeland Security that suggests sunlight helps kill the virus at a quicker rate.

There will still be social distancing restrictions at parks, but DeSantis said that the reality is we have a virus that when you're under 50 with no health conditions, is very low risk.

As of Friday, the governor said 42% of hospital beds in Duval County sit empty and there is no overflow or no overwhelming of hospitals.

He also said the overall percentage of tests on the First Coast that have come back positive is under 4 percent, which is a significantly low number compared to other counties and places across the country.

DeSantis said the testing site at TIAA averages 271 tests a day but they could do many more since the supply exceeds demand, which is a good thing. He also commended Nassau and St. Johns County's efforts in containing the virus.

Many people say they have waited for unemployment benefits since March. DeSantis was asked if that was acceptable, and in turn responded with how many claims have been filed.

“We have last night paid out another 69,000 payments, as of two days ago, there have been 416,000 unique claimants paid just since the middle of March. To put that into perspective all of last year, the state paid out 326,000 claimants all of last year,” DeSantis said.

“When someone says ‘Hey I applied in mid-March,’ we have DEO reaching out to people, saying, ‘Okay what did you do?’ In a number of cases, people didn’t have all information submitted. Social security numbers, out of state wages, some people weren’t working before this," DeSantis said.

"There’s other forms of relief for this situation if you didn’t lose your job, but some of what we see here in terms of unique claims submitted in this is that some of those folks have not qualified under this,” DeSantis added.

Here are the top 6 things you need to know heading into next week:

6. Mayor Curry’s executive order on capacity is lifted for churches on Monday. Governor DeSantis never limited church congregations, so they can proceed as of Monday without any limits on capacity. However, the mayor's office is still asking that they continue to hold virtual services "for the safety of the community" and continue to follow all social distancing guidelines.