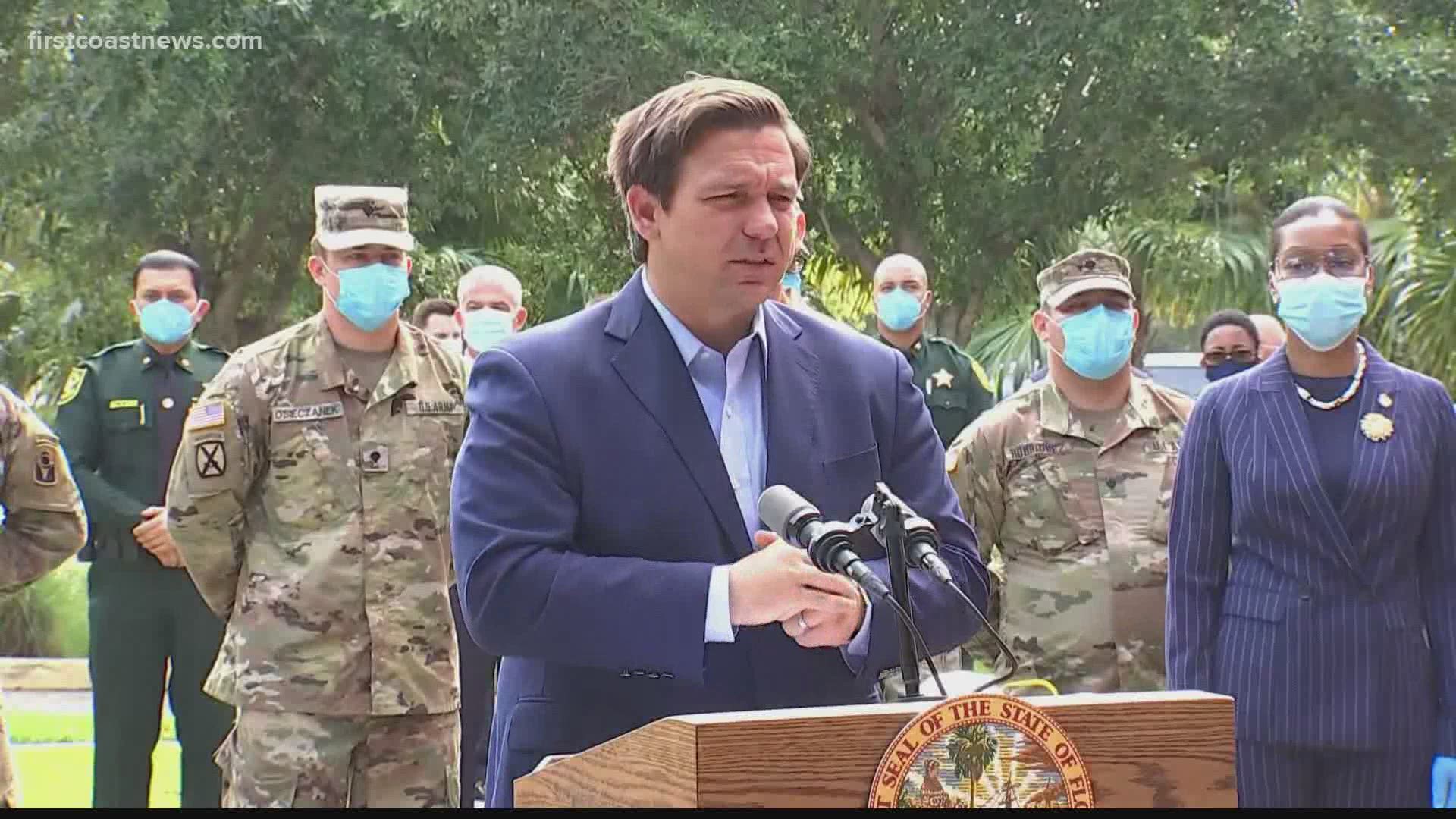 During the call, Walter Carpenter, Chairman of the National Federation of Independent Business in Florida, said that over 3-million workers could be impacted across the state.

Carpenter says according to a recent poll, 23 percent of small businesses reported their business had been impacted by the virus in mid-March. That number increased to 92 percent by the beginning of April.

On Monday, DeSantis also held a conference call with his new state coronavirus task force, saying he expects Florida to be a model for how to jump-start the economy once Florida reopens.

“This (COVID-19) is obviously a roadblock for the whole country, but I think if we bounce back in a very thoughtful, safe and efficient way, then I think we can minimize or at least mitigate some of the damage done and hopefully have a path back,” DeSantis said.

“At the end of the day, this is a public health crisis and the only way we will be able to reopen the economy is when we're able to solve the public health issues at hand,” Murphy said. “That means more testing, more contact tracing capabilities, it means expanded health care capacity.”

Florida's economy relies not just on tourism but the hospitality industry which is anchored by the restaurant industry. Many restaurants, including those along Edgewater Drive in College Park, want to be able to open up in phase one and get some of that business back.

Pelegrino said they plan to cut seating capacity in half to keep social distancing when given the green light to reopen.

“I would love it if it was tomorrow but I would much rather the public and the nation be safe and secure before we reopen,” Pelegrino said.

Despite pressure from a growing number of people demanding that the state begin phase one of reopening, has given no target date.

RELATED: 'We took some flack ... we can't stay in our homes indefinitely:' Jacksonville mayor on opening beaches

Members of the Re-Open Florida Task Force Executive Committee are: