According to the Florida Department of Health, Quest failed to report close to 75,000 results dating back to April until Monday night. 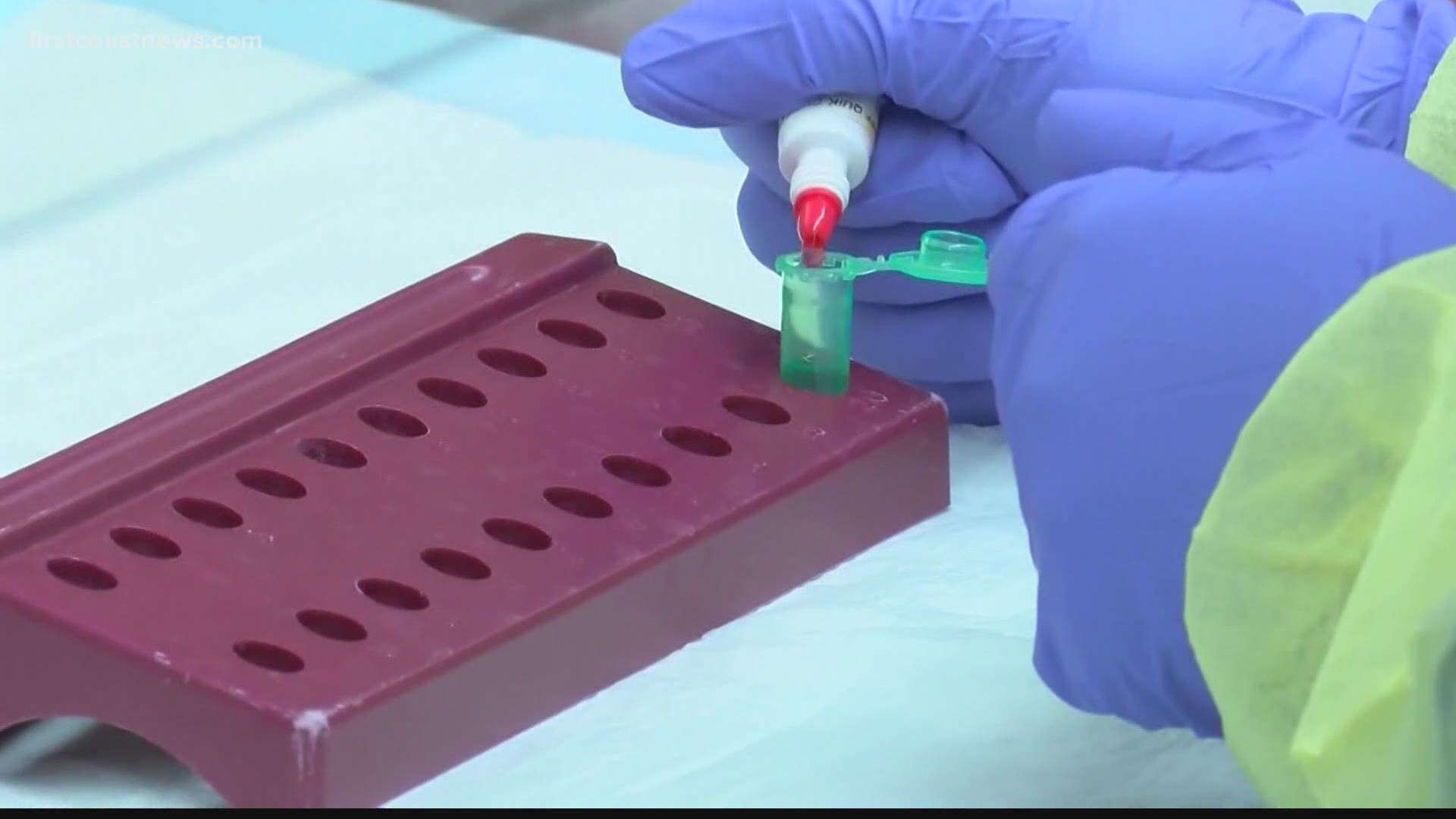 JACKSONVILLE, Fla — Gov. Ron DeSantis announced Tuesday Florida's Department of Health and Division of Emergency Management would end its relationship with Quest Diagnostics immediately. The reason behind cutting ties, DeSantis said, was because Quest failed to report close to 75,000 COVID-19 test results from as far back as April until Monday night.

Most of the data was uploaded in Tuesday's numbers. According to a press release from Quest, the delay in reporting was due to a technical issue that has since been fixed.

"This is the most egregious dump we've had and there are people who are actually using this at the local level to determine, 'hey, school, this or that,' and obviously, I don't think anyone should take today's results and just put them aside because most of those weren't recent results," DeSantis said at a press conference Tuesday.

Quest went on to say that the issue didn't affect or delay reporting test results to providers and patients.

"The law requires all COVID-19 results to be reported to DOH in a timely manner," DeSantis said. "To drop this much unusable and stale data is irresponsible. I believe Quest has abdicated their ability to perform a testing function in Florida that the people can be confident in."

The state DOH's press release went on to read, the data dump in Tuesday's upload "will have historical significance- will have little impact on the status of the pandemic today."

According to Quest, it has provided more COVID-19 testing for the citizens of Florida than any other lab.

According to Florida's DOH, Quest is a large lab that provides testing at private sites and does limited testing throughout the state. A Florida Division of Emergency Management representative said Quest Diagnostics was only being used at a limited number of state-supported sites.

"Whenever a lab does not fulfill its obligations to provide testing results with an acceptable turnaround time, or report those results to the state, the Division stops doing business with that lab," the Division of Emergency Management spokesperson said.

She said that turnaround time is usually within three to five days.

"The state uses several labs at state-sponsored sites, and we have no concerns with transitioning the few sites that utilized Quest to labs that will be able to step in and provide COVID-19 testing while meeting expectations and following Florida law," she went on to say.

First Coast News reached out to Quest Diagnostics regarding the governor's announcement. The On Your Side team asked when leaders with Quest discovered the technical issue, if they told state representatives about it and what the impacts are of the relationship ending.

The senior director of corporate communications for Quest responded and said public health officials sometimes request information like the addresses and phone numbers of patients that the lab doesn't always have. That is what happened with these results, she said. She said Quest then got that information to "complete public health reporting."

"As we did so, the data was maintained in a separate system outside our typical data reporting process to the state. When we became aware that we had not reported the data, once the missing information was completed, to state public health [officials], we promptly informed the appropriate state authorities of the delayed reporting, provided the information on the specimens and remedied our procedure," the senior director said.

She reiterated that this did not affect providing results to patients because they contacted them through other forms of communication to report the results to them.