After committing millions to contact tracing, Florida’s governor says it’s not working for COVID-19. So, why does the state say it has no idea how badly it failed? 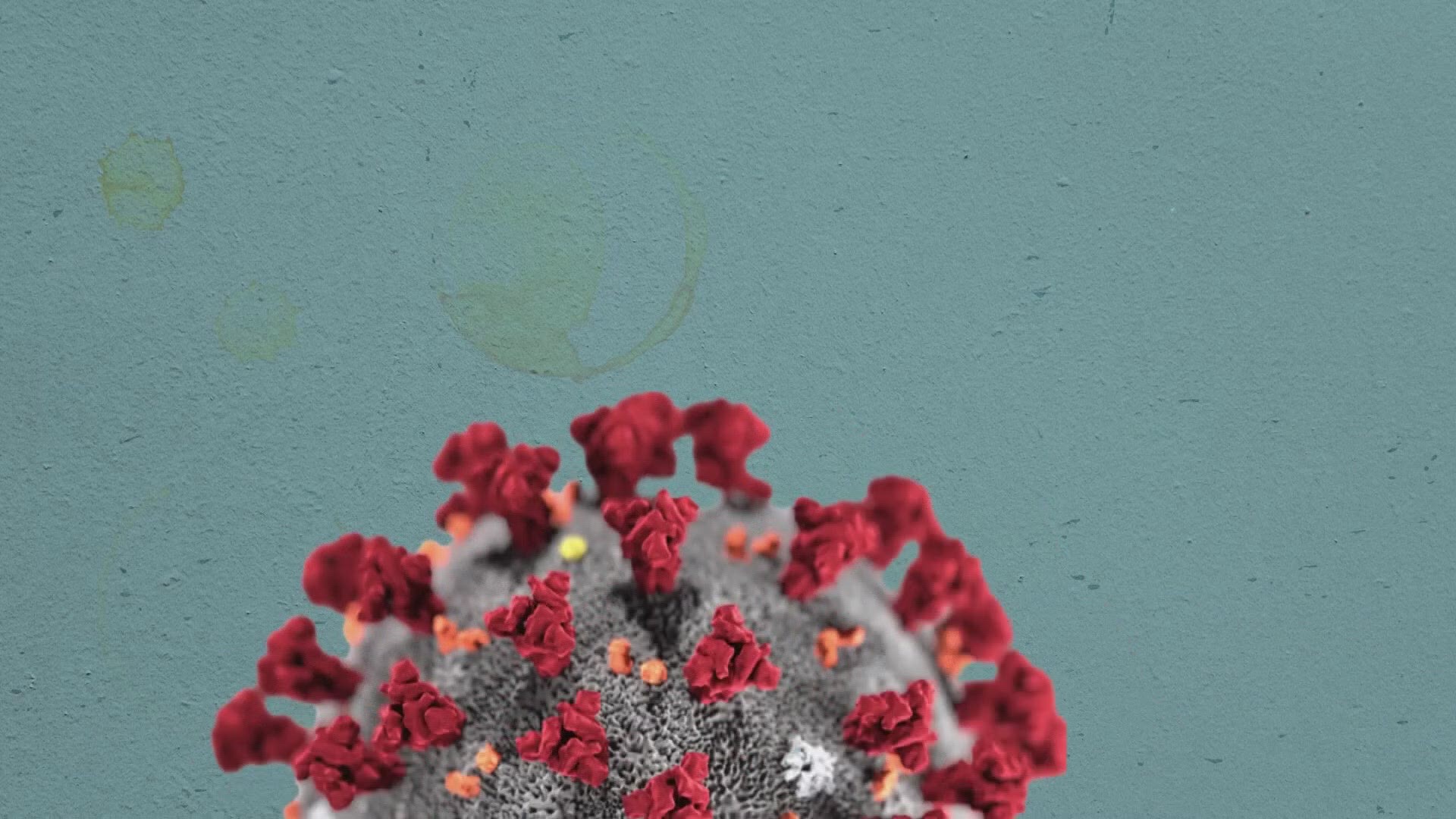 ST. PETERSBURG, Fla. — This story is the latest installment in our YouTube series, "What's Brewing,” investigative reporter Jenna Bourne's series of homemade deep dives into important issues during the coronavirus pandemic. Click here to check out the series and subscribe to our YouTube channel: The Deeper Dive.

Kelly Wright snapped a selfie when she went to get tested for COVID-19 in November 2020.

The Gulfport business owner wore a mask and her hoodie pulled tight around her face.

“The defining moment was when I started feeling like my body was aching and the flu-like symptoms were starting to set in,” Wright said.

When her test came back positive, she stepped away from her restaurant to quarantine, took a bunch of vitamin C, and watched TV.

Wright said she would have been happy to answer a contact tracer’s questions about who she was around in the days leading up to her diagnosis.

“I thought it was a little strange. Since I am a business owner, I thought maybe they would make sure that we were doing what we should be doing as a restaurant,” she said.

Credit: Kelly Wright
Kelly Wright took a selfie when she went to get COVID tested.

We heard about contact tracing all the time at the beginning of the pandemic.

It was pitched as a centuries-old strategy to stop the spread of disease. But, since then, Florida’s government has gone pretty silent on that tactic.

That is until 10 Investigates showed up at the governor’s press conference in Palm Harbor on March 17 to ask him about it.

“I think we have to admit that contact tracing has just not worked, OK?” Florida Gov. Ron DeSantis said.

But just how badly did it fail? The Florida Department of Health told 10 Investigates it doesn’t have that data.

We’ll come back to that. First, let’s do a quick refresher on how contact tracing is supposed to work.

After a local health department is notified that someone has tested positive for COVID-19, a contact tracer is supposed to call the infected patient. Then they request contact information for the people they were around starting at least two days before showing symptoms.

The point is to stop the spread and to identify hotspots – places or events that might have led to an outbreak.

“It’s a tried-and-true evidence-based practice, evidence-based tool to ensure that you can prevent the spread of disease. And, if you can do this, you can truly mitigate outbreaks and ultimately slow them down and stop them,” said Florida Department of Health Deputy Secretary for Health Dr. Shamarial Roberson in May 2020.

From the beginning, COVID-19 contact tracers struggled to keep up with Florida’s rising infections and to get patients to cooperate.

We sent the Florida Department of Health a public records request on July 7, 2020, for records that “show the number of Florida COVID-19 patients who have been contacted by contact tracers since March 1, 2020.”

After following up six times over seven months, the agency responded that it had no records of that.

10 Investigates asked the Florida Department of Health six times why there are no records.

We asked the Florida Division of Emergency Management. Then the governor’s office.

After getting no response from any of them, we showed up to a news conference the governor held on March 17.

We asked him why the state isn’t tracking how many people have actually been contacted by contact tracers.

“A respiratory virus where you usually have modest symptoms or no symptoms, it’s just hard. It’s not like an Ebola, or a sexually transmitted disease, or some of those,” DeSantis said. “I think, unfortunately, it’s not been something that’s been terribly effective in Florida or throughout the country.”

We asked him a second time why there isn’t any data.

“There probably is data,” DeSantis said.

The governor also suggested that data might be kept on the local level instead of the state level.

“You’d have to, I think, ask on each county, how they do it,” DeSantis said.

Weeks before that news conference, 10 Investigates had already asked 10 county health departments in Tampa Bay for their contact tracing data.

None of them have sent it to us.

Half of them forwarded our request to the Florida Department of Health -- the same agency that already told us it does not have this data.

Credit: 10 Tampa Bay.
The 10 county health departments in Tampa Bay we reached out to for contact tracing data.

Let’s go back to the governor’s claim that contact tracing isn’t working for COVID.

We interviewed Dr. Marie Bourgeois from the University of South Florida College of Public Health in July 2020. She was a contact tracer at the beginning of the pandemic.

“Contact tracing works when it is performed correctly. Even with asymptomatic illnesses. I'm not sure why the governor believes that you can contact trace a disease spread by mashing your genitals together but coughing on one another renders it too difficult… Contact tracing has been ineffective in Florida because it hasn't actually been tried.”

The day after we asked the governor about contact tracing, he held a public health roundtable.

“To think that it can be used for a pandemic is naïve to the max,” said Kulldorff on March 18. “When there are many people who are asymptomatic and so on and there’s a sort of widespread – common in the community, then contact tracing does not work.”

But Florida committed a lot of money and resources to contact tracing.

“I’ve already greenlighted $138 million for the Department of Health to support not just contact tracing, but other personnel,” DeSantis said on July 7, 2020.

In May, the Florida Department of Health started contracting with a company called MAXIMUS to help out with contact tracing, both for the state as a whole and Miami-Dade.

These were big contracts. In August 2020, Maximus told shareholders in this earnings presentation the total contract value was “$73 million over six months.”

The company’s agreement with the state said it had to submit monthly deliverables showing MAXIMUS’ Florida contact tracing efforts.

So, 10 Investigates put in a public records request for those deliverables in August 2020. After following up six times, we got them in February 2021.

The state only sent us deliverables for June, July and August.

The MAXIMUS deliverables we did get show a 58-percent decrease in calls handled by its contact tracing hub from July to August.

We also noticed the MAXIMUS statewide deliverables for August 2020 were identical to its deliverables that month for Miami-Dade, alone.

This could indicate that MAXIMUS only made contact tracing calls in Miami-Dade in August 2020 and none in the rest of the state, but we can’t know for sure.

And we can’t know that for sure because the Florida Department of Health, MAXIMUS, the Florida Division of Emergency Management, and the governor’s office have not responded to any of our questions about MAXIMUS over the past two months.

But remember that August 2020 presentation to Maximus shareholders touting its big Florida contracts?

Their next two quarterly presentations in November 2020 and February 2021 mentioned nothing about Florida.