White House officials said they won't roll out COVID booster shots for everyone until the CDC and the FDA give full approval. 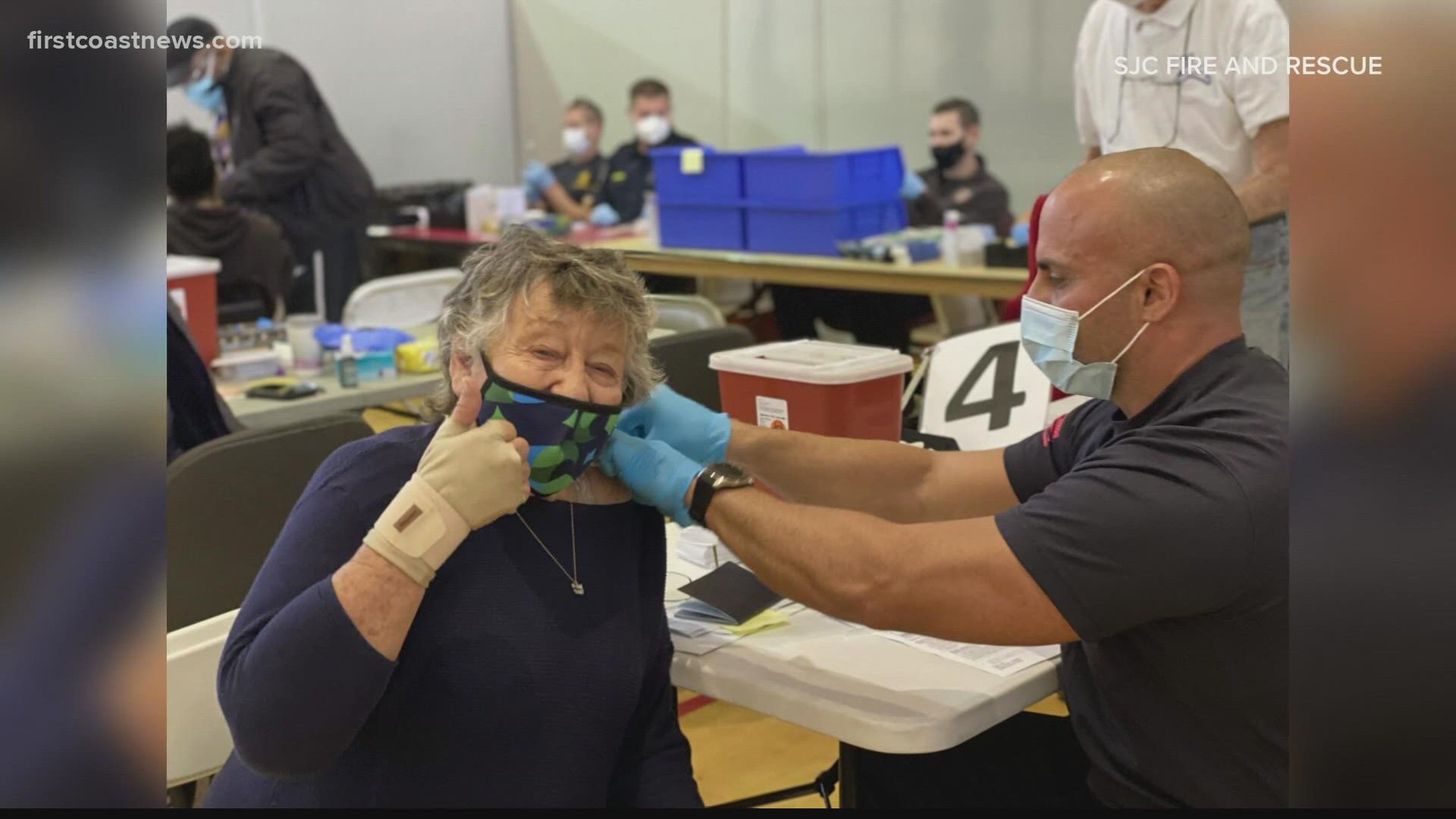 JACKSONVILLE, Fla. — White House officials said this week they won't roll out COVID-19 booster shots for everyone until the Centers for Disease Control and Prevention and the Food and Drug Administration both give full approval.

Leaders from both regulatory agencies told the White House to slow the rollout set for Sept. 20, saying there's not enough data yet to recommend everyone get a booster shot, as first reported by The New York Times.

Officials now also say Moderna may be delayed and not ready by the Sept. 20 start date. Its booster may not get regulatory approval in time for a rollout that week, officials said.

Dr. Michael Koren, who heads up a COVID booster shot study at the Jacksonville Center for Clinical Research, said more definite data on who needs a booster will be out in a couple of months.

“We have a situation where you have to measure the risk of an individual person, and then make a decision about whether or not the booster is worth it," Koren said.

Koren also said he thinks periodic boosters are in our future, and will change as the virus mutates.

Spokespeople at several pharmacies at stores like Walmart, CVS and Publix said they're waiting for further guidance from the FDA and the CDC before administering booster shots to everyone.

On Aug. 13, the CDC and the FDA recommended boosters for those with weakened immune systems. It's recommended that you talk to your doctor first before getting a booster.

Officials from the Duval County Department of Health spoke at a city meeting Tuesday morning. They told city leaders they'll be ready to give boosters to everyone when the CDC and the FDA approve them for everyone. A spokesperson for the Department of Health said you'll be able to get a booster at any public vaccination site in Jacksonville for free.

They're still deciding whether or not you'll have to make an appointment. The spokesperson said when the FDA and CDC give the ok, health care workers and first responders will be the first group to get boosters.

Right now, if you're immunocompromised, you can go to those sites and get a booster shot.

"We're just really, really being careful," 87-year-old Mary-Jane Kepple said. "We're still wearing masks. We don't care who says what, whether it's mandated or not. I said I'm mandating my own self, and we wear the masks."

First Coast News' Kailey Tracy helped Kepple and her 94-year-old friend Fred Sampson get their first two doses of the vaccine earlier this year. Kepple recently reached out to Kailey with questions about getting booster shots.

"We're worried about getting a booster is as much trouble as getting the first one," Kepple said.

She said Sampson has a pacemaker, and is reaching out to his doctor to see if he qualifies to get the shot now.

Kepple lives in St. Johns County. A spokesperson there said they don't plan to open a clinic to offer boosters. The spokesperson said if you received our initial vaccinations from a St. Johns County site, you're encouraged to talk to your doctor or local pharmacy about booster shots and how to get one.

A spokesperson for Clay County said you can get a booster shot once they're approved for everyone at the health department's Bear Run Clinic. It's located at 3229 Bear Run Blvd. in Orange Park, and open Monday-Friday 8 a.m. to 4 p.m. Appointments are required. You can call 904-529-2800 for an appointment.

Clay County officials don't plan to open additional sites to give the booster other than that site, the spokesperson said. The spokesperson also recommends talking to your doctor or pharmacy.

Several pharmacies are already have been offering boosters to those who are immunocompromised.

A Walgreens spokesperson said stores have been giving boosters to those the most at risk since Aug. 13.

The spokesperson said they're in the process of updating their online scheduler to accommodate online appointments for "moderately to severely immunocompromised individuals seeking an additional dose of Moderna and Pfizer COVID-vaccine. In the meantime, walk-in appointments are available in Walgreens locations during regular pharmacy hours for eligible patients seeking an additional dose."

The spokesperson added patients have to fill out a form attesting to their eligibility as a moderately to severely immunocompromised patient before getting a booster. Pharmacists will also have access to the patient's history.

FCN reached out to other counties on the First Coast, and the Florida Department of Health for more information about boosters, and didn't hear back by the time this article was published.

The FDA will hold an advisory board meeting next week to review data submitted by Pfizer regarding boosters.