Ashton has to have heart surgery immediately, and his family moved to Atlanta to be closer to his doctors. But now they're having a hard time finding somewhere to go 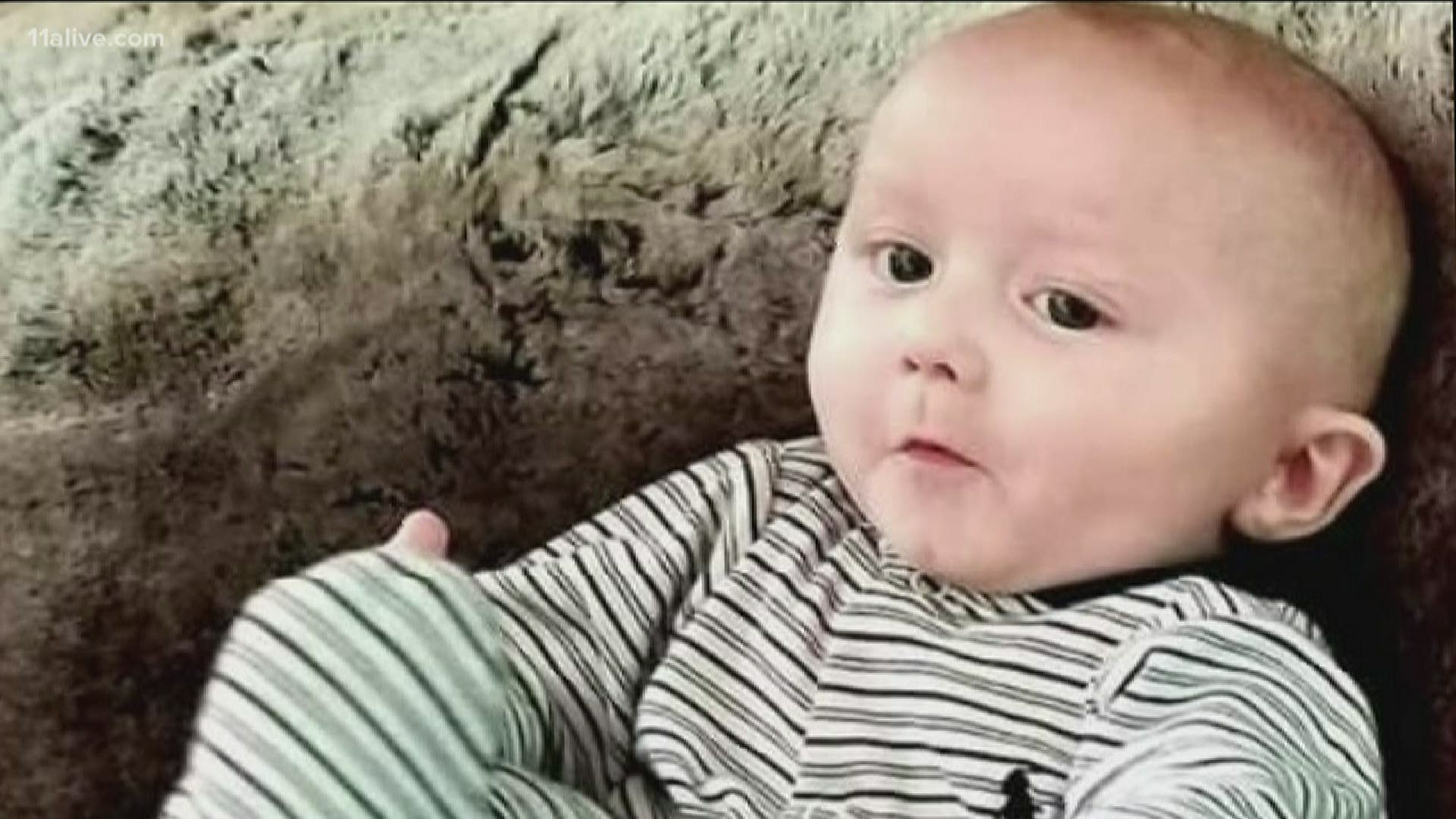 The 7-month-old from Albany, Georgia is an identical twin, and his doctors said his surgery cannot wait until after the pandemic is over.

But his parents said the outbreak of the virus means they've both lost work, and are now having a hard time finding a place to live near his doctors in Atlanta.

Even over a video call, Kristopher's eyes light up when he talks about his sons.

He said Ashton and Peyton were healthy at birth, but a few months ago, doctors at Children's Healthcare of Atlanta found a problem with Ashton's heart and said they would have to operate as soon as possible.

"They said that he's a high priority case," he said.

Ashton's surgery is scheduled for April 22, and even with the COVID-19 pandemic, it's not being pushed back.

RELATED: Decatur father of 4 diagnosed with COVID-19 fighting for his life in ICU

Kristopher said his family threw everything into getting Ashton well.

"We had to move up here because this is where his cardiologist was. And it's been hard just living paycheck to paycheck," he said. "So, we are just trying to find a stable residence right now."

The family was living in hotels for a little while. When money got tight, they found a short term rental. Now, they said they may have to even leave that.

In Governor Kemp's COVID-19 update April 8, he said they would ban short-term vacation rentals in the state. Kristopher said he doesn't know what they'll do, and his host isn't clear on the regulation.

Vacation rentals, according to the governor, are defined by any transaction to "lease or license a residential property for residential or vacation purposes, facilitated by a third party or broker for 30 days or less between a corporation, partnership, person, or other entity and a private person."

While all state, county and local law enforcement are authorized to enforce the order, they are not allowed to evict occupants of a vacation rental.

"So we found this Airbnb, so now that Governor Kemp is doing all this with Airbnb, she doesn't want to rent to us anymore, and the places who will take us, we just don't have the money," Kristopher said.

He said all of the uncertainty is just adding to the stress of the regulations already placed on Ashton's surgery because of the pandemic.

"On his pre-op day - the twenty-first - my wife is the only one who can go up with him. And then after his surgery, for two days, we are not allowed to see him at all," he explained.

They started an online fundraiser to try and offset the cost of finding housing close to Ashton's doctors during the pandemic, but more than anything, they just want him healed.

"As a father, you don't ever want to hear your child is sick, but to not be able to do anything about it, it's just - that's what bothers me the most," he said.

Update: Within minutes of our story airing, the Phillips said they exceeded the goal of their fundraiser, and a pediatric cardiology nurse called the station to say they could move in to her home until after the baby Ashton is healed.

'I've been near tears. The deal is, the bills don't stop': Private doctors struggle amid pandemic