What’s it like to be enrolled in a COVID-19 vaccine trial? This entire Florida family signed up

Mom, dad, siblings and even their 80-year-old grandmother enrolled in the clinical trial for the coronavirus vaccine. 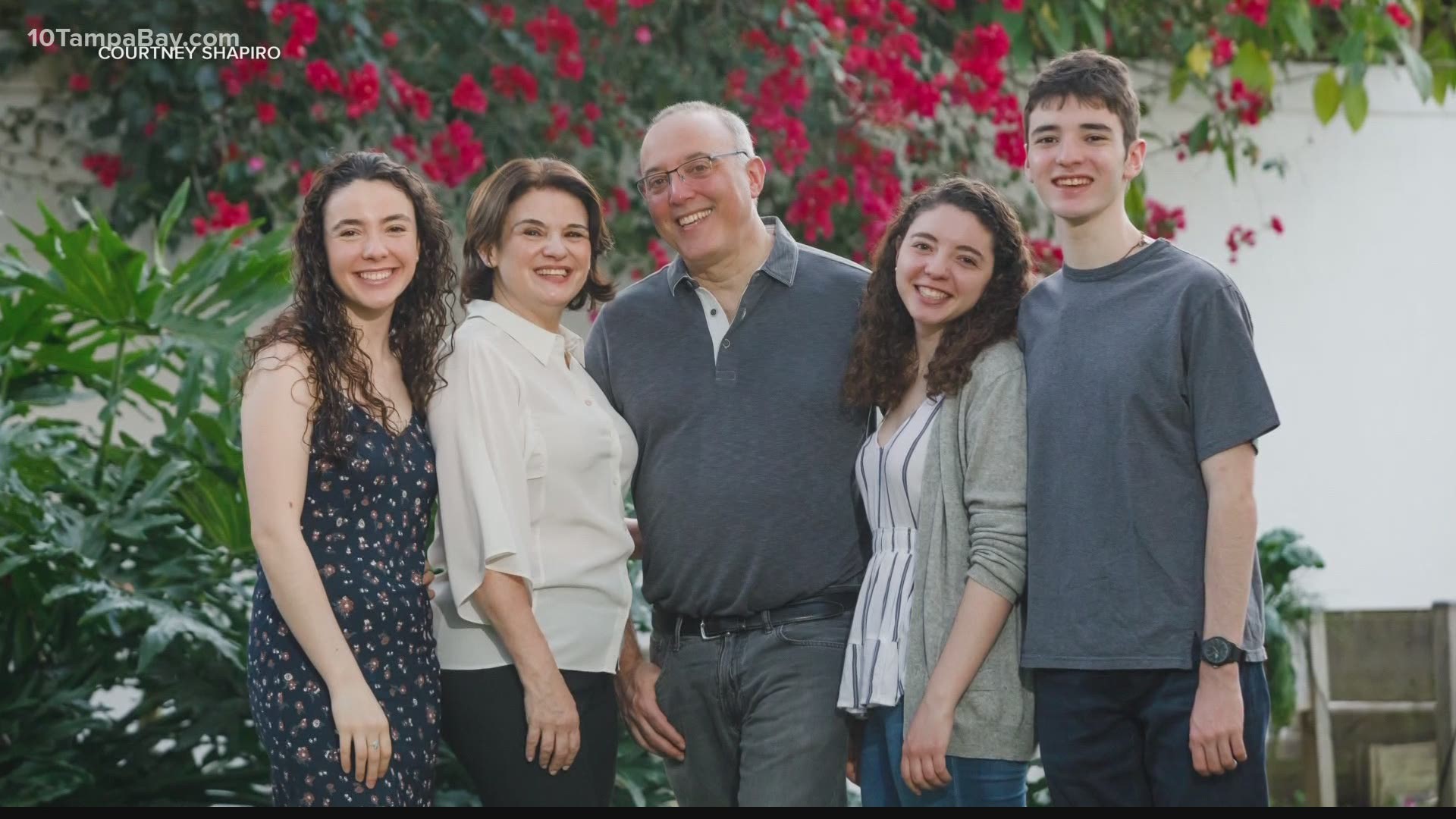 ST. PETERSBURG, Fla. — When Jackie Hajdenberg first told friends and colleagues that she and her family were enrolling in a clinical trial for a COVID-19 vaccine, she says reactions ranged between worry and wonder.

“There’s a perception that you are a human lab rat,” Hajdenberg said. “I would make that comparison very lightly.”

For the family in central Florida, it just felt like the natural thing to do.

“My dad is an oncologist, and my mom has been doing clinical trials—administration and research—for a very long time,” she said. “I kind of grew up just hearing terms like internal review boards and ethical guidelines as a kid.”

Each member of the family has received two injections. They have their blood drawn periodically to check for any development of antibodies. Once a week, using an app on their phones, they each fill out a symptom checklist to submit to researchers.

They have no idea if what they’ve been given is the actual vaccine or just a placebo.

Hajdenberg says she’s the only one in the family who has experienced any symptoms. She developed a very low-grade fever shortly after her second injection but says she was fine by the next day.

While a COVID-19 vaccine will not be available by Election Day, despite President Donald Trump’s earlier promises, some trials currently underway are showing promise.

The news buoys hope that an effective and safe vaccine can be produced by the end of the year, something Dr. Anthony Fauci said is likely possible. In an interview with the BBC over the weekend, Fauci said that while we might know whether a vaccine is ready by the end of November or beginning of December, widespread availability probably won’t happen until next year.

Taking part in a trial, says Hajdenberg, is just as much about helping out during the pandemic as it is clearing up misconceptions about how the process actually works, which she wrote about in an essay recently published on Vox.

“The process of developing a vaccine at unprecedented speed has actually been a rare success story in the US pandemic response,” Hajdenberg wrote on Vox. “Trials like what I’m participating in are an important way to make sure vaccines are safe.”

Hajdenberg acknowledges why some Americans remain skeptical about clinical trials, given past medical scientific experiments like the Tuskegee syphilis study decades ago, and the politics surrounding the pandemic today.

But she says she has never once worried about her or her family’s safety.

"Every once in a while, someone will tell me that it’s heroic or that your family is amazing for doing this, but honestly, it felt like the bare minimum,” she said.

"Clinical trials are crucial to research and development of medications that will help people, that will save lives. Obviously, enrolling in a trial is not for everyone but I think considering to participate in it is a really big step."