On Your Side's Kailey Tracy has been helping 87-year-old Mary-Jane Kepple try to get an appointment in St. Johns County since January. 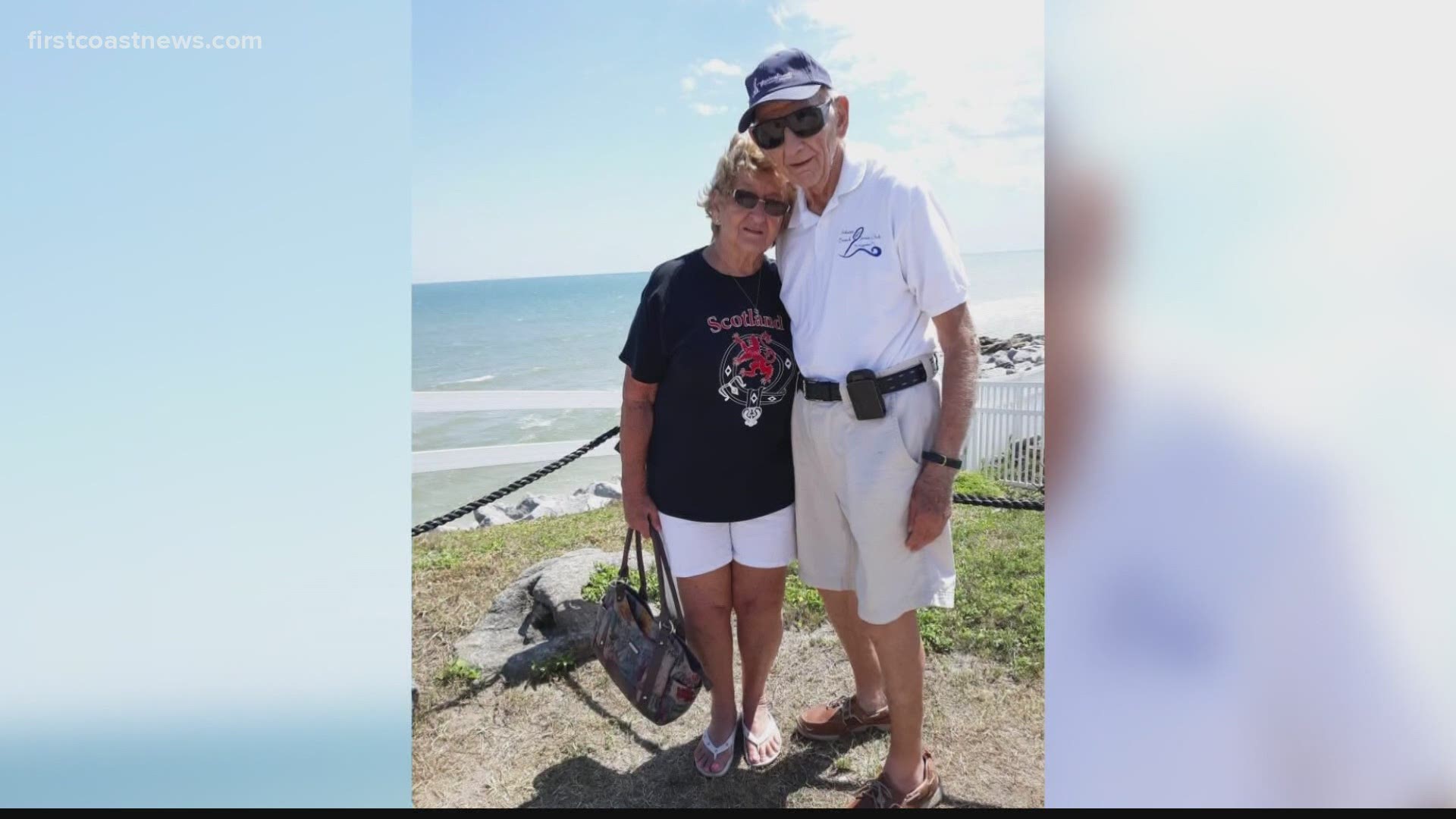 ST. JOHNS COUNTY, Fla. — First Coast News has been following the story of two elderly St. Johns County residents' quest to find a COVID-19 vaccine for nearly a month and a half.

Mary-Jane Kepple, 87, tried since the beginning of January to get appointments for herself and her 93-year-old friend, Fred Sampson. They finally got the call Friday that staff at the Calhoun Center in St. Johns County scheduled them both for appointments for Monday morning.

"We were dancing," Kepple said describing when they got the call.

"We've been waiting for so long ... people around us are getting their shots. They're ready to get their second shot, and we're like, 'wait, what're we chopped liver," she said.

I first met Kepple over the phone in early January talking about the digital divide and difficulty scheduling an appointment for those without Internet access.

“Everybody in the world doesn’t have a computer. I used to when I was younger and used it, but now I don’t really have a need for it so I don’t [have one], so how do you get in touch with somebody you need to get in touch with,” she said in January.

Kepple is admittedly not tech-savvy, which is why we did both interviews over the phone. She was able to get a working computer to help her try to schedule appointments. I'd text her whenever there was a new vaccine shipment in her area, and walk her through the registration process. We'd often end up on screens that never loaded to process an appointment.

This makes my heart happy 🥰 I've been working with 87-year-old Mary-Jane Kepple to try to schedule a vaccine appointment for herself and her 93-year-old friend Fred Sampson in St. Johns County for a month and a half. Tomorrow, they both (finally) have appointments!! pic.twitter.com/taTRrtAz7c

Then, when she was about to call it quits, a staff member at the Calhoun Center in St. Johns County called her Friday about their appointments scheduled for Monday.

“We're really relieved, and that’s what he [Sampson] said. He said our lives are going to change. [We will] still be careful, and still wear your mask, still be careful and not to let down your guard, but it's just going to change things. We can do more things now that we know we have the vaccine," she said.

And just wait until they get their second doses.

First Coast News hopes to follow-up with Kepple and Sampson as they get their shots Monday.