“We have seen examples from other cities where they have not run a process like this and it just didn’t work," said Curry. 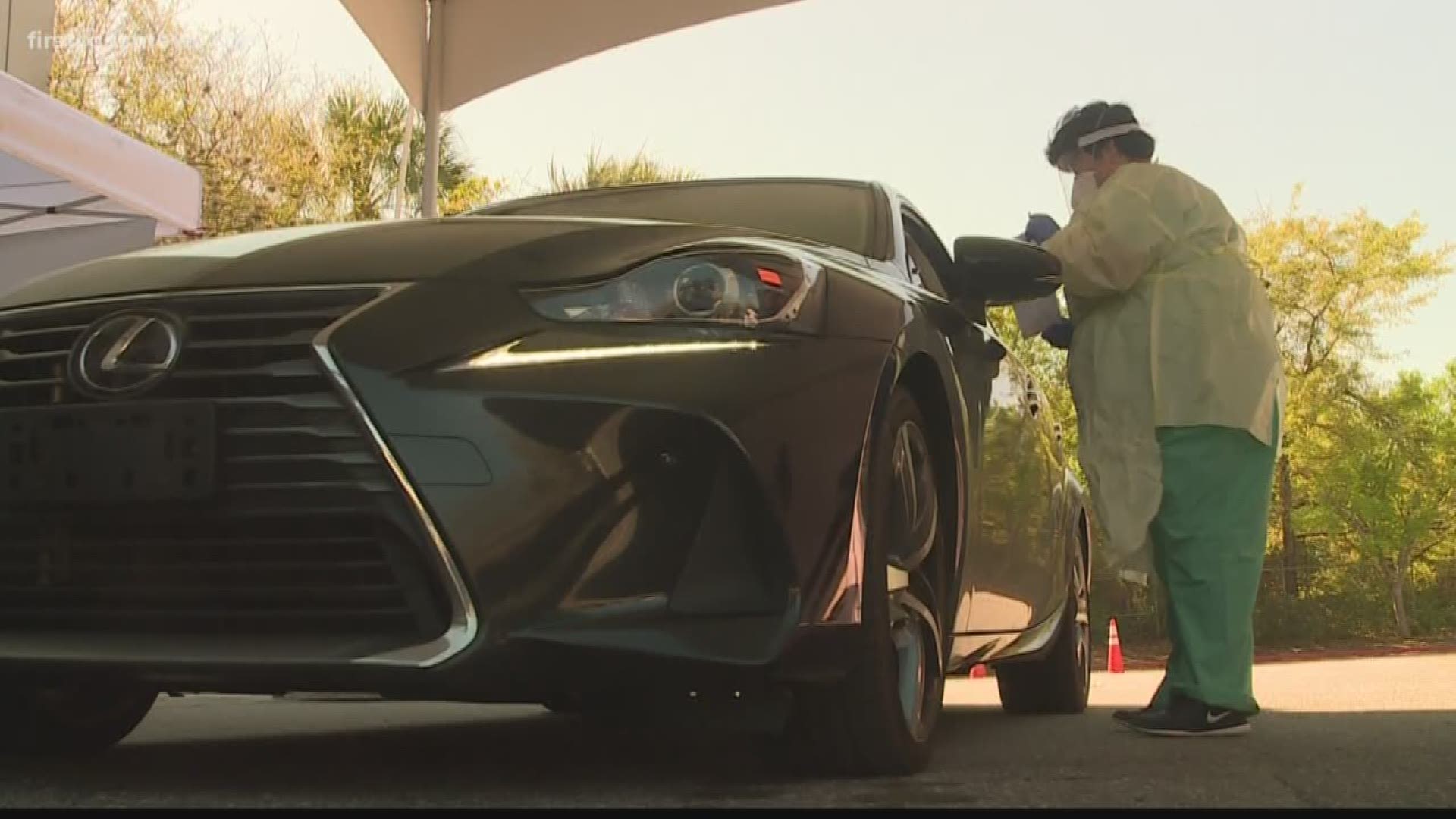 Mayor Curry announced the city-sponsored drive-thru testing site will open Friday morning at 11 a.m. He said they have been meeting with experts over the past two weeks to lay out their plan and open testing sites beyond what the Department of Health is currently offering.

They are working with Baptist Health and Telescope Health to operate this first city site, which will be located at the Prime Osborn Convention Center in downtown Jacksonville. It will remain open until 7 p.m. seven days a week, as long as supplies are available.

Mayor Curry said "citizens cannot just drive up for testing"; they will be turned away if they are not screened first through Telescope Health and then granted an appointment. He said it is important that people arrive at their correct appointment time.

People exhibiting symptoms who need to get screened must use the Telescope Heath website or Telescope app. That screening process will cost $25 dollars, but the money will be refunded.

People must bring their telescope order either printed out or on their mobile device after completing the screening to show they were given an appointment from a doctor. They must also bring their driver's license and their own pen.

The mayor asked that people stay in their vehicle once they arrive at the testing site and do not roll down their windows. He said restroom facilities will not be available at this location.

The testing site at Lot J will be the federal-sponsored site that will open this weekend for high-need individuals and others exhibiting symptoms of COVID-19.

Curry said with the increase of testing they fully expect the numbers of COVID-19 to go up. Test results typically take three to five days. If the result is positive, you will be contacted by a provider to discuss further steps.

If you do not have access to technology to access Telescope Health, you can wait until this weekend and show up to Lot J's testing site to be screened.

Sen. Rick Scott has put forth a proposal to expand unemployment insurance and impose a moratorium on mortgage payments, rent and utility bills. The mayor said he fully supports that proposal and encourages people to voice their support to lawmakers, as well.

This week Florida’s First Coast Relief Fund was activated and is accepting donations through the United Way. Local non-profits can apply to receive funding. Citizens in need of services can call United Way's 211 hotline for services.

"This is real, I don't say that to scare anybody...fear is of no value to anybody right now," said Curry. "The public needs the facts, and we'll act according to that. Let's social distance, let's flatten the curve and let's come out of this together."

Curry said there is a possibility that Duval County could reach the point of needing to establish a curfew, but they aren't at that point yet.

He also stated that his budget priorities will drastically change in light of everything that is taking place.

If you are experiencing symptoms, go to http://TelescopeHealth.com or download the Telescope Health app. Physician orders from other sources will not be accepted.

The city spokesperson says people are already arriving at the federal Lot J COVID-19 testing site but it does not open until this Saturday at the earliest.

People arriving early are “impeding their ability to set up”.

The measure, a second coronavirus response bill, was overwhelmingly passed in the U.S. House and Senate, was then sent the legislation for Trump to enact with his signature. The vote in the Senate was a lopsided 90-8 despite misgivings among many Republicans over a temporary new employer mandate to provide sick leave to workers who contract COVID-19. The U.S. House passed the bill on March 14 by a vote of 363 to 40.

As of Thursday, 25 confirmed cases of coronavirus have been reported across both Southeast Georgia and Northeast Florida, according to numbers combined from both states' departments of health.

In Northeast Florida, 14 cases are confirmed in Duval County, four in Clay County, four in St. Johns County and one in Nassau County, according to the Florida Department of Health.