'Don't they know we need hugs to live?': Families cry out for nursing home visits amid COVID-19 pandemic

For the past 113 days, Grace Page has been barred from seeing her mom with dementia because she lives in a nursing home. 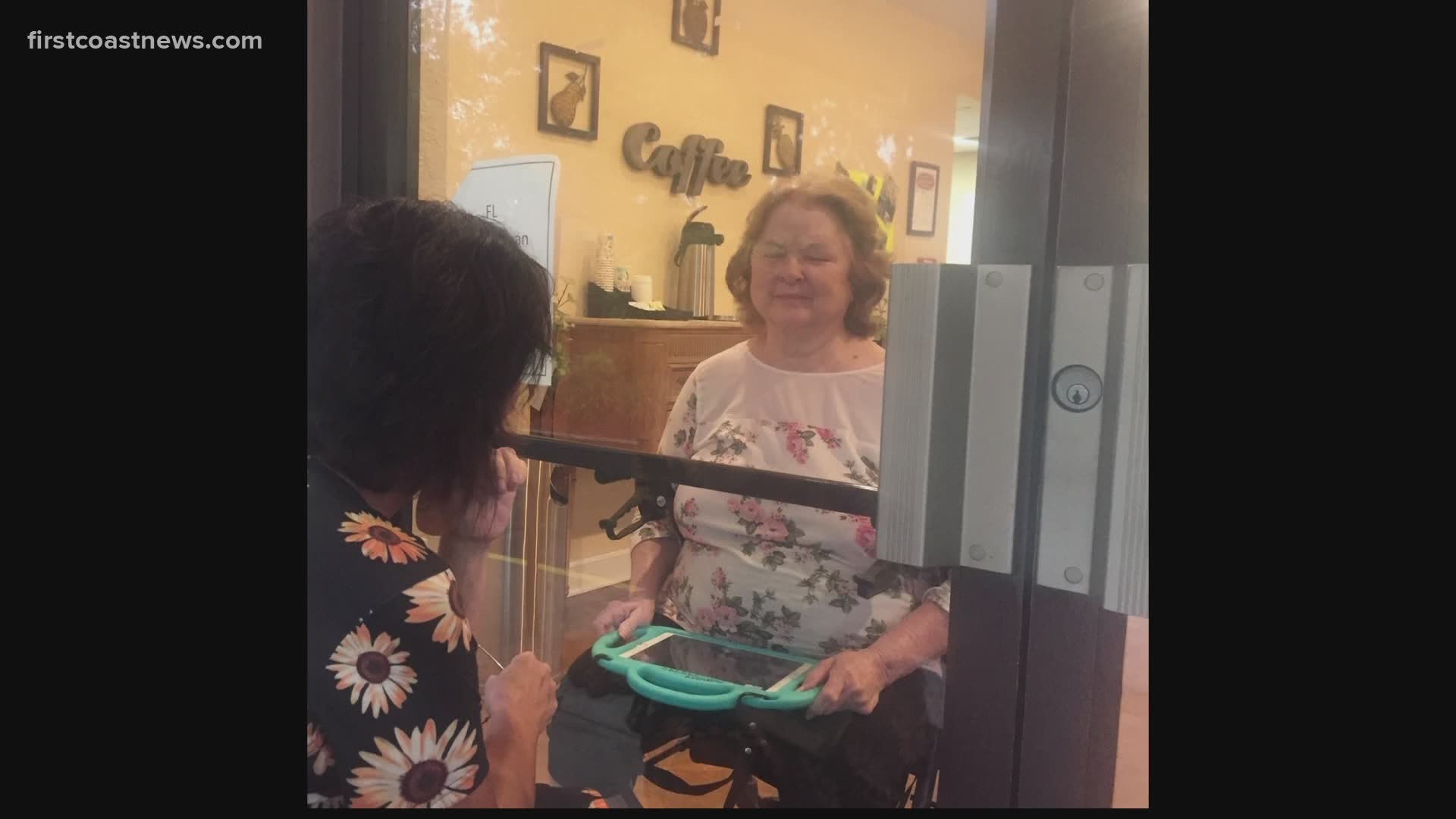 JACKSONVILLE, Fla — Grace Page can't talk about it without tears.

She and her mom have been close for decades. But now, she stands outside her mother's nursing care facility and tallies the days they've been separated.

She says, though, "I see people going in and out all the time, carrying fast food... So, obviously, they've been around town and are still deemed safe enough to be inside with the seniors," she says.

Page, whose mom has dementia, believes one designated family member could go in for visits and follow safety rules.

Page says her mom knows her still, but during the isolation, she's lost "knowledge of her grandchildren." She is also noticing through the glass door that her mom falls asleep more often. Page says she was doing much better with family contact before the pandemic.

Her mom, who was a pastor's wife, told her, "Don't they know we need hugs to live?" Page calls her mother, "Mama," and says they used to have lunches together and share devotionals.

Multiple attempts to reach the governor's office, Page says, have turned out to be a bust.

RELATED: 'Out of the blue!' Surprise phone call will allow wife in nursing home to see her husband for 1st time in 110 days

RELATED: 'I haven't seen my husband in 104 days': Local woman says we're killing our seniors trying to protect them from coronavirus