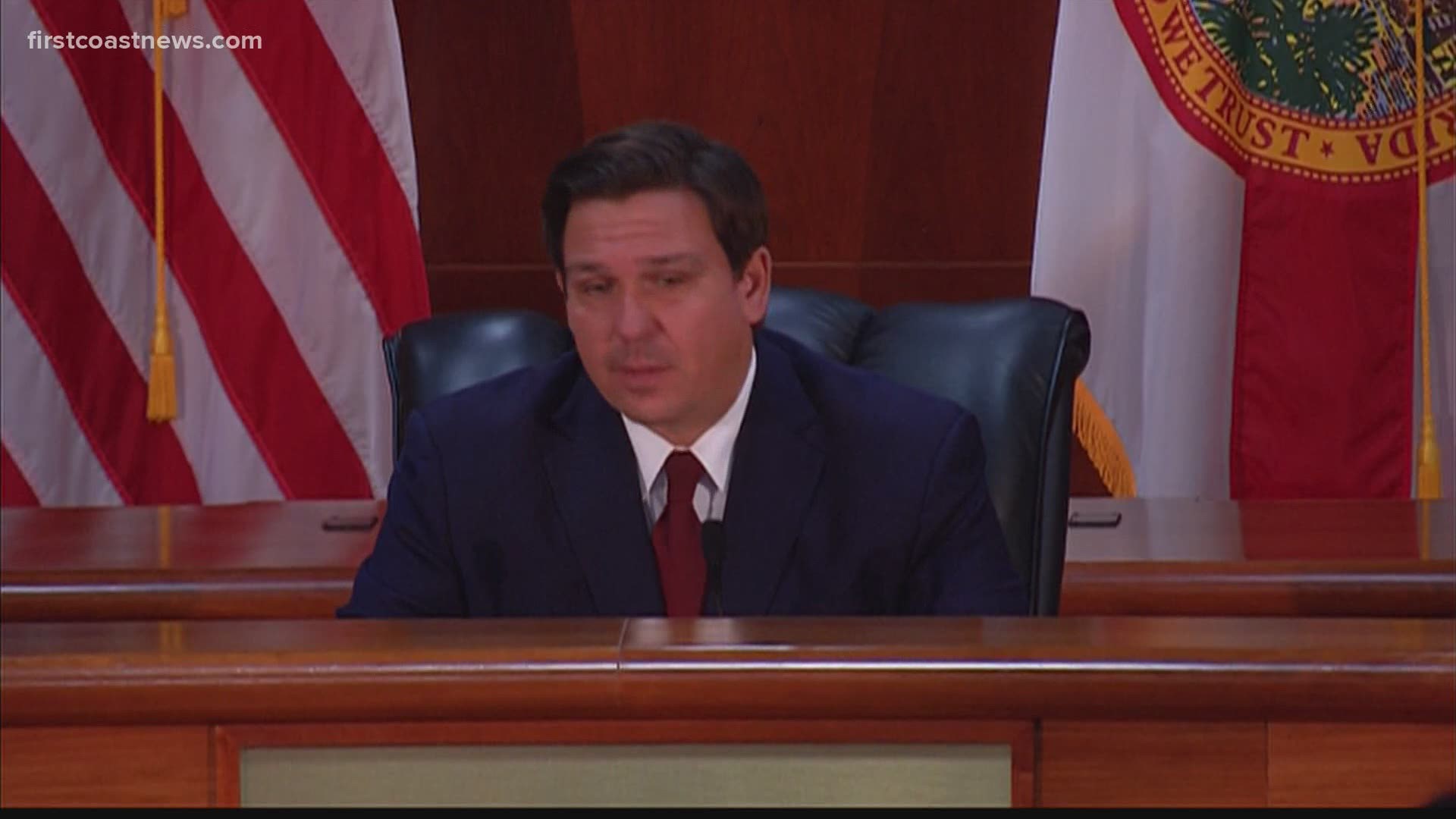 JACKSONVILLE, Fla. — Responding to a chorus of complaints about the state’s unemployment system failures, Gov. Ron DeSantis said Monday he had issued an “all hands on deck" approach to fixing it.”

The state’s unemployment system has been a source of much frustration, as tens of thousands of people flooded the state’s website for relief, only to have the system crash and force them to begin the lengthy process again. The site processes Florida unemployment claims, but is also the portal for those seeking relief under the federal CLAIMS Act.

DeSantis said the “the website couldn’t even handle it,” adding, “the system can now handle up to 120,000 simultaneous connections.  Recently that had been in 40- to- 60-thousand range.”

The creator of the website, former Gov. Rick Scott, has been blamed in recent reports on the system’s failings, since it was created on his watch. DeSantis avoided directly indicting his predecessor, saying the design wasn’t to blame, “we just faced a capacity issue.”

However, he did note that the system’s redundancy program, designed to save a customer's information if the system crashed, was not even connected to the software program. “It turns out the backup was never actually connected to the system,” he said. He did not explain how that oversight occurred.

With the system and staffing improvements, DeSantis said he expected to see a dramatic increase in the number of unemployment and federal compensation claims processed. He noted until last night, the system had processed 62,000 claims. This morning it has already processed more than 20,000.

On a different note, DeSantis also urged religious leaders to take social distancing seriously as a week of important religious holidays begins. “We want people to be spiritually together but social distant,” he said. “Please keep god close but please keep COVID-19 away.”

RELATED: April bills are due. Here's a survival guide.

RELATED: How to file an unemployment claim in Georgia if your job has been affected by coronavirus