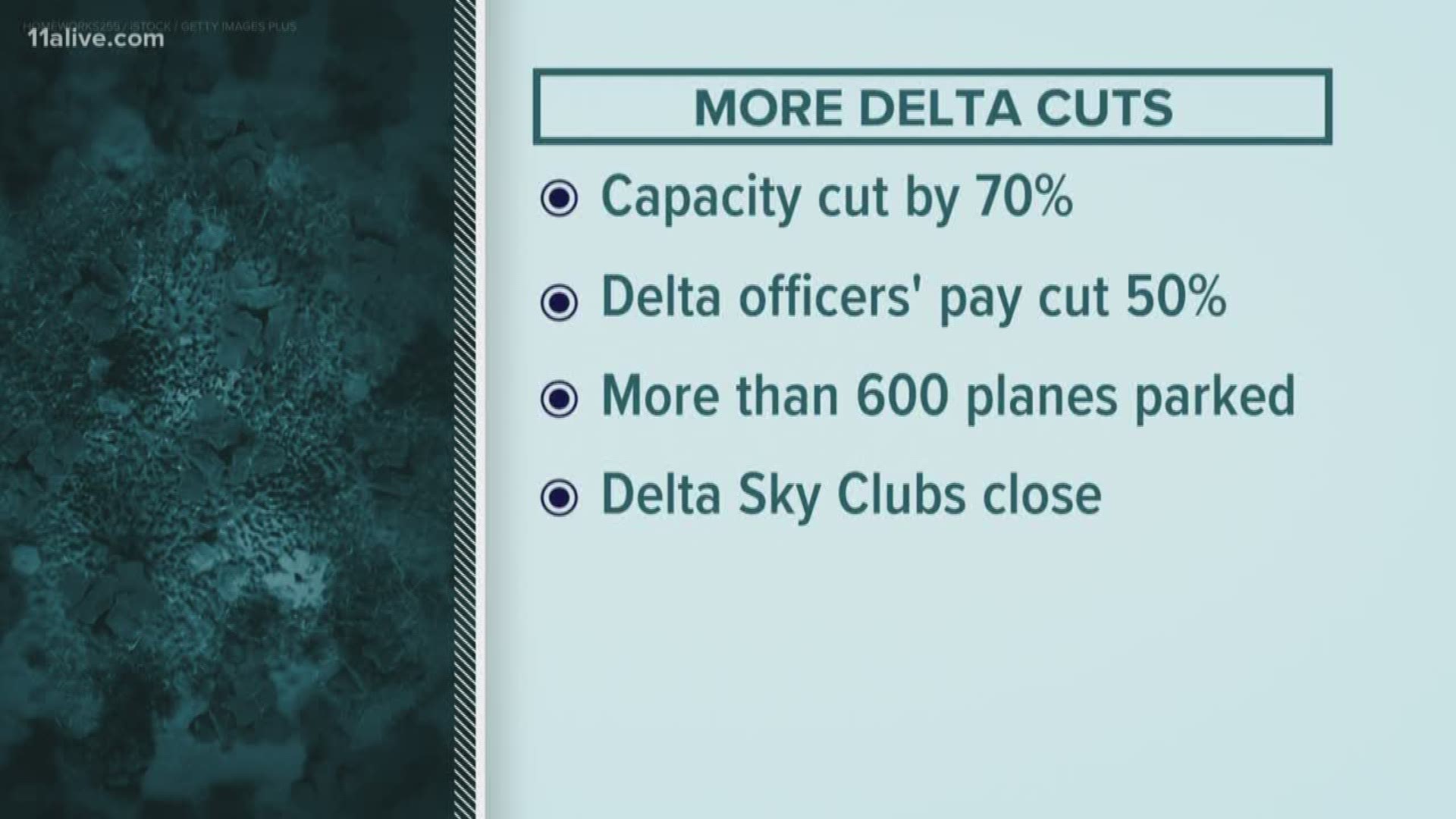 ATLANTA — Delta Air Lines has announced sweeping changes due to the coronavirus that will impact thousands of its employees and a majority of its flights.

In a letter from Delta CEO Ed Bastian, he announced many changes as the company navigates the uncertainty of a pandemic now heavily impacting worldwide - and even domestic - travel.

In a letter to employees, Bastian said that revenue for March is now expected to decline by almost $2 billion over last year. The projection for April is even more concerning.

To counter that, one of the biggest changes announced by Bastian was a capacity reduction and pullback of 70 percent systemwide "until demand starts to recover." He said that the international operation will be taking the largest reduction with over 80 percent of flying reduced over the next two to three months.

RELATED: 'It's getting worse': United Airlines to cut flights 50%

He asked all employees to seriously consider the option.

During the cutbacks, Delta intends to park half of its fleet - or about 600 aircraft - and is also working to retire some of its older aircraft more quickly.

He said that Delta would also be consolidating airport facilities in Atlanta and other locations due to a lack of flying customers and close a majority of the Delta Sky Clubs until demand recovers.

RELATED: Delta CEO Ed Bastian to give up own salary amid cuts tied to coronavirus

A week earlier, Bastian announced he would cut 100 percent of his own salary for the next six months. The board of directors also elected to forego its compensation over the same time period.

Delta officers are taking a 50 percent pay cut through June 30 with directors and managing directors taking a 25 percent cut as well.

Bastian acknowledged concerns about job security and pay but said that the company isn't at a point right now where it can make those decisions, calling them "painful decisions to even consider."

"In this unpredictable environment we can't take any options off the table," he wrote. "But any steps that would affect your jobs or pay rates would be the absolute last thing we would do, and only if necessary to secure Delta's long-term future."

Bastian said he intends to provide another update by the end of the week.