DCPS: COVID-19 dashboard could return as early as next week

A Duval County school board member told First Coast News the state's department of health has given verbal permission to bring back the district's COVID dashboard. 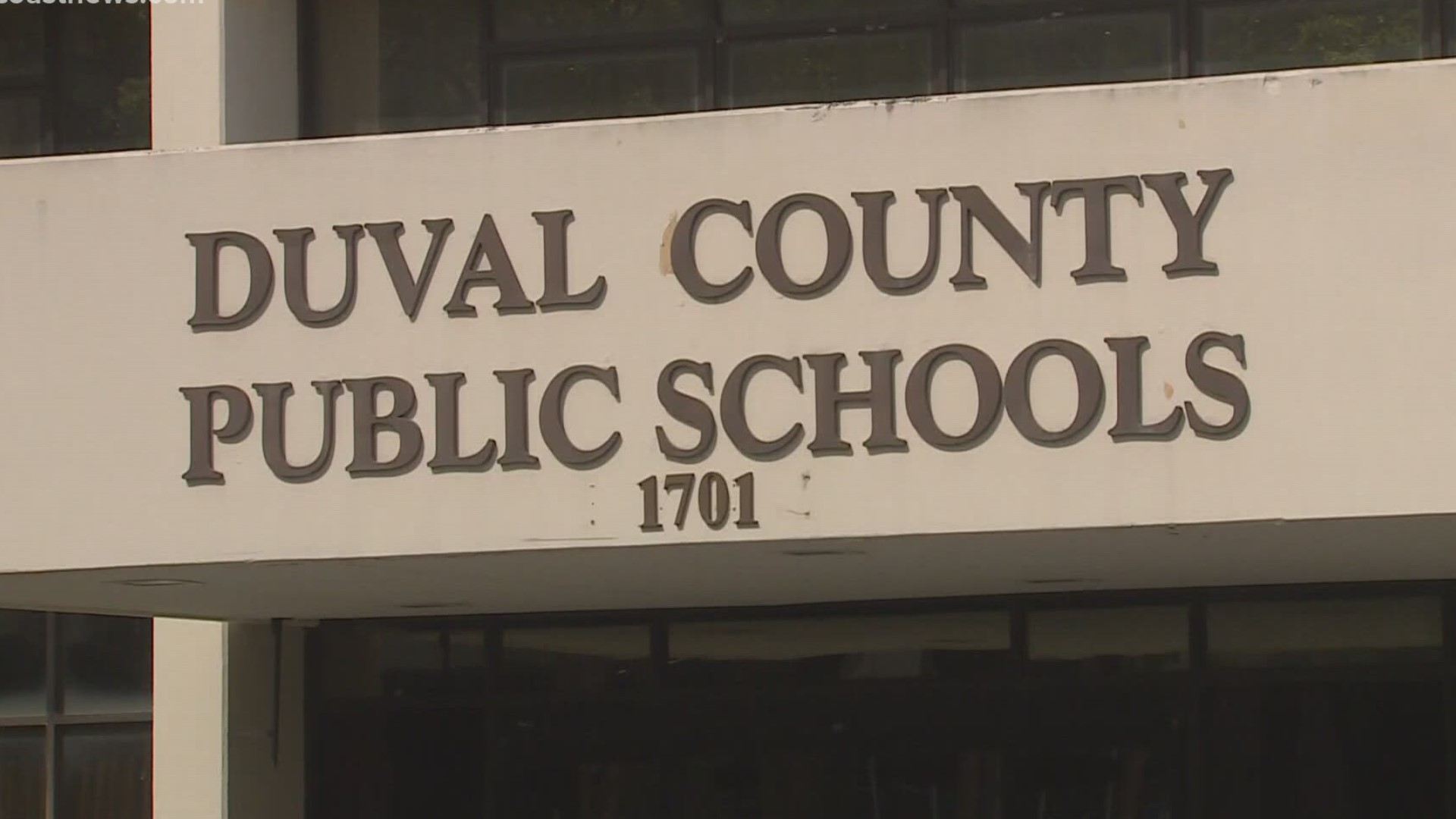 JACKSONVILLE, Fla — The dashboard rolled out by Duval County Public Schools to provide up-to-date coronavirus data from district schools could make a comeback as early as next week.

When school started in late August, DCPS published a dashboard available to the public that would track school-related COVID cases. But just days after its rollout, the state told the district to stop publishing the data, citing privacy concerns.

School board member Elizabeth Andersen said Thursday that the Florida Department of Health has given DCPS verbal permission to bring back the stalled dashboard as early as next week.

The original dashboard listed COVID cases by school, also noting whether the cases were in staff or students. Only four cases were posted before the state intervened.

"We're not trying to encroach upon [healthcare privacy]," said Duval Teachers United President Terrie Brady. "This district has tried to be as transparent as possible. And I just don't understand why elected officials are playing politics with the lives of our students and employees."

It remains unclear whether the new dashboard will feature the same information as its prior iteration.

During Tuesday's school board meeting, Superintendent Dr. Diana Greene told the board the district was handling "between 15 and 17" confirmed cases.

On Thursday, district spokesperson Tracy Pierce said that number has risen, but a current number of cases was not immediately available.

"It hasn't been perfect, we have had COVID impacts in schools. But it's been controllable, it's been manageable," Pierce said. "For the most part everyone is doing an excellent job, and I think the school year is off to a good start given what we've had to deal with and the changes we've had to make."

Brady also lauded the district's efforts at transparency and safety, noting the ever-changing circumstances within the learning environment and the requirement from the state that districts return in-person.

"We try to constantly do what's right for our educators, communities, and our parents and students," she said. "Our leadership in the district has done everything they possibly can to try to keep people safe. Are we 100 percent? No, we're not, we're never gonna be 100 percent."

Meanwhile, a Sept. 14 deadline is looming for middle and high school students in Duval County schools who selected the hybrid learning model.

Currently, the plan is for middle and high school students to return to class five days a week starting Sept. 14. But DCPS is currently in talks with the state, and has left the door open to extending the hybrid model.

"We're operating on an approved plan by the Department of Education. But we're reviewing whether we have any options within that plan," Pierce said.

The original Sept. 14 deadline was approved by the board when city leaders were still planning on the RNC coming to Jacksonville, Pierce said.

"[Middle and high school] students, you have greater challenges with social distancing in hallways, cafeterias, changing of class, all those kinds of things that you have at the secondary level that you don't have at the elementary level," he added.

There is no set timeline for a decision on when or if the hybrid model could be extended, but Brady said the union hopes to see it happen.

"You have 3,000 students at Sandalwood High School. There is no way to social distance, based on the CDC guidelines or anybody's guidelines if we're not allowed to have the hybrid," she said.

NEW: DCPS board member confirms to me @HealthyFla has given the district verbal permission to bring back its COVID dashboard as early as next week. @FCN2go