Curve Into Context: Where does Florida stand following 'full Phase One' of reopening May 18

Part of being On Your Side is putting the curve into context for you. 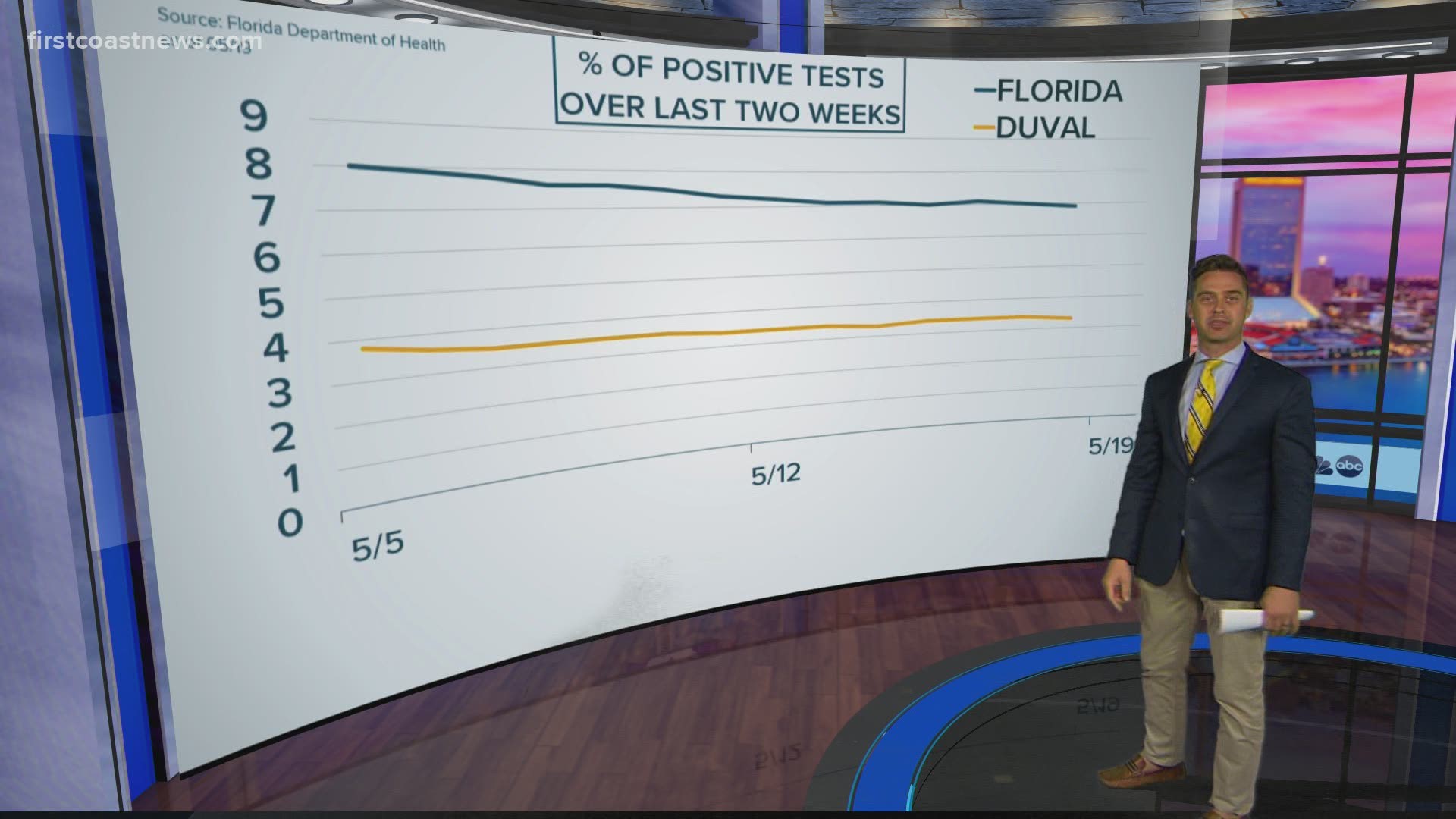 In Duval County, there were a reported 1,300 cases and 35 deaths as of Monday.

Part of being On Your Side is putting the curve into context for you.

First, let's look at the daily cases in Florida.

Credit: WTLV
Number of new cases per day in Florida. On Saturday, the state reported 1,200 new cases, a number not seen since mid-April.

Since March 24, the 14-day moving average shown with the dotted line curving downward until May when it leveled off. That's around the time that the beginning of Phase One started on May 4, marked by the purple line.

The orange lines show the past two weeks, which includes this past Saturday. On Saturday, the state reported about 1,200 new cases, a number that hasn't been seen since April 24.

So what does that mean for the percentage of positive cases of COVID-19 in Florida?

Remember, the percentage of positive cases is a tool that both city and statewide leaders are considering when it comes to the reopening phases.

Florida, which is in shown by the dark green line, is currently at 3.5 percent.

Duval County, which is marked by the orange line, is currently at 1.6 percent.

Both percentages have been declining since early April and both are below the Health Department's target of under 10 percent.

What about Duval County's cases?

Looking closely at Duval County's daily cases: After peaking in early April, the curve has been declining until May.

Since Phase One of reopening, which is shown in purple, the average number of COVID-19 cases has started an upward climb.

RELATED: Curve in Context: Here's what Florida, Georgia COVID-19 case curve looks like as of May 14