Curve in Context: Here's what the percent of positive COVID-19 cases look like in Florida, Georgia as of May 19

First Coast News is putting the Curve in Context for Tuesday, May 19. These four graphs show the new numbers for Florida, Georgia and Duval County. 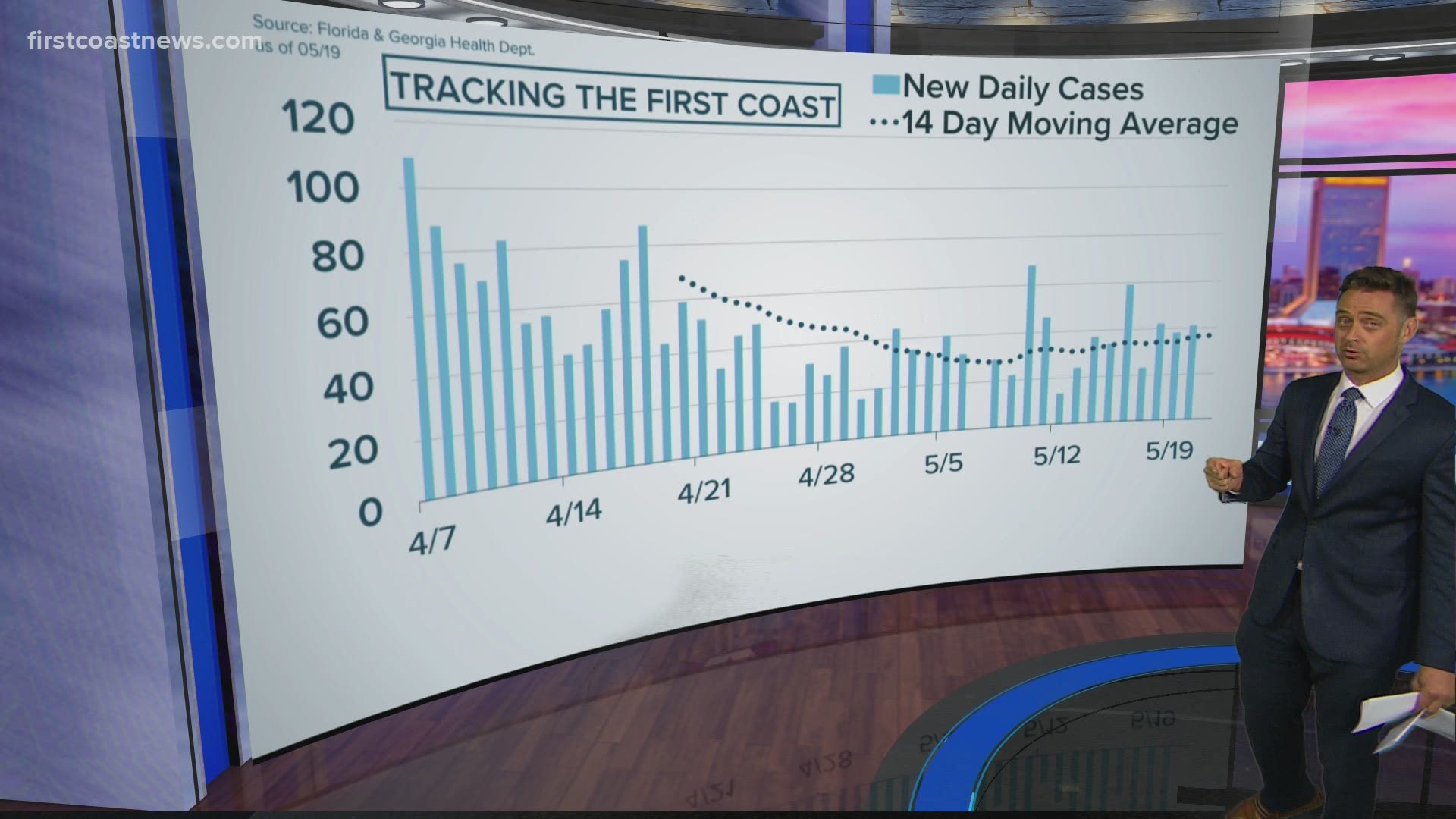 JACKSONVILLE, Fla. — First Coast News is putting the curve of new COVID-19 cases into context, from new cases in Florida and Georgia to the percentage of positive tests compared to the total number of people tested for the novel coronavirus.

This graph shows the number of new cases each day in Duval County over the past month. The purple bar shows when Phase 1 of reopening began on May 4.

This graph focuses on the percentage of people testing positive for COVID-19 over the past six weeks.

Florida's numbers are in green. The percent positive currently at 3.5%.

Duval County's numbers are in orange. The percent of positive cases is currently at 1.6%.

Both sets of data have been trending down since early April. Both are well below the 10% target range.

Officials say we need to stay below 10% to allow the reopening process to progress.

Statewide, the number of daily new cases started dipping after the first week of April. But, the curve has mostly flattened over the past two weeks, since Phase 1 reopening began, shown in purple.

This graph shows the number of new cases each day in Georgia since late March. The cases peaked after the first week of April.

The overall curve trends slightly downward over the past few weeks since Phase 1 reopening began April 24, shown by the red bar.