Curve in Context: Here's what Jacksonville's COVID-19 case curve looks like as of May 11

Are COVID-19 cases in Jacksonville going up or down? How does the city compare to the rest of the state? These four graphs tell the story of coronavirus now. 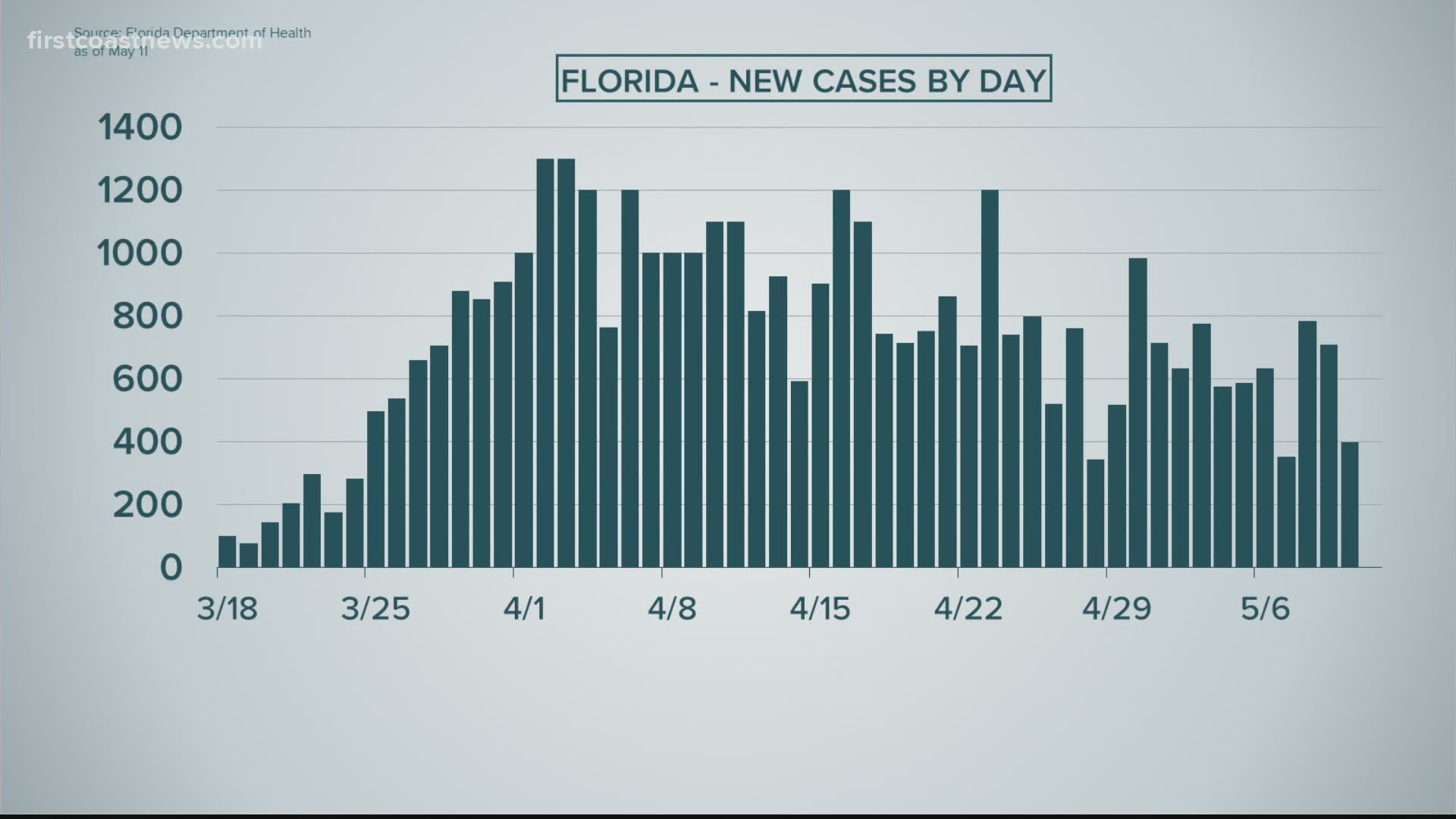 This graph shows the number of new cases reported in Florida per day. Cases started rising in the middle of March, but saw a spike in April.

At the beginning of April, there were about 1,300 new cases reported. On Sunday, May 10, there were less than 400 cases.

This graph shows the number of new cases reported in Duval County per day. As more and more tests were distributed, cases started rising in the middle of March with the "peak" being in the beginning of April.

During the first week of April, there were nearly 60 positive cases of COVID-19 reported in Duval, but that number has steadily been decreasing with less than 10 cases reported at the end of the month. However, this graph shows a slight upward trend during the beginning of May with nearly 40 cases reported on May 8.

Credit: WTLV
The positive percentage for lab tests for COVID-19 in Florida and Duval County from March 1 to May 3, 2020.

When it comes to determining whether or not to return things to normal, leaders like Mayor Lenny Curry and Gov. Ron DeSantis are looking at the percentage of COVID-19 tests coming back positive.

Both for the state of Florida and Duval County, the percentage of positive cases were at their highest in March, but have steadily declined throughout the month of April when it was 10 percent to today, where it's just more than 7 percent.

Overall, Duval County leads the First Coast in the number of reported positive cases, but Curry says the percentage of positive tests is the key number to watch. As of May 3, the most recent numbers show less than 2 percent of tests in Duval came back positive, which is well under the state's nearly 4 percent rate.

Credit: WTLV
The number of deaths counted per day in Florida from April to May.

Starting in the beginning of May, the state is starting to see a slight downward move to the curve.

RELATED: 'Steps we are taking today are the first of many towards reopening Jacksonville:' Mayor Curry gives update on reopening plan

RELATED: What you need to know about Duval County's 'Phase One' reopening Monday