The University of North Florida released a new poll Monday about the coronavirus pandemic. 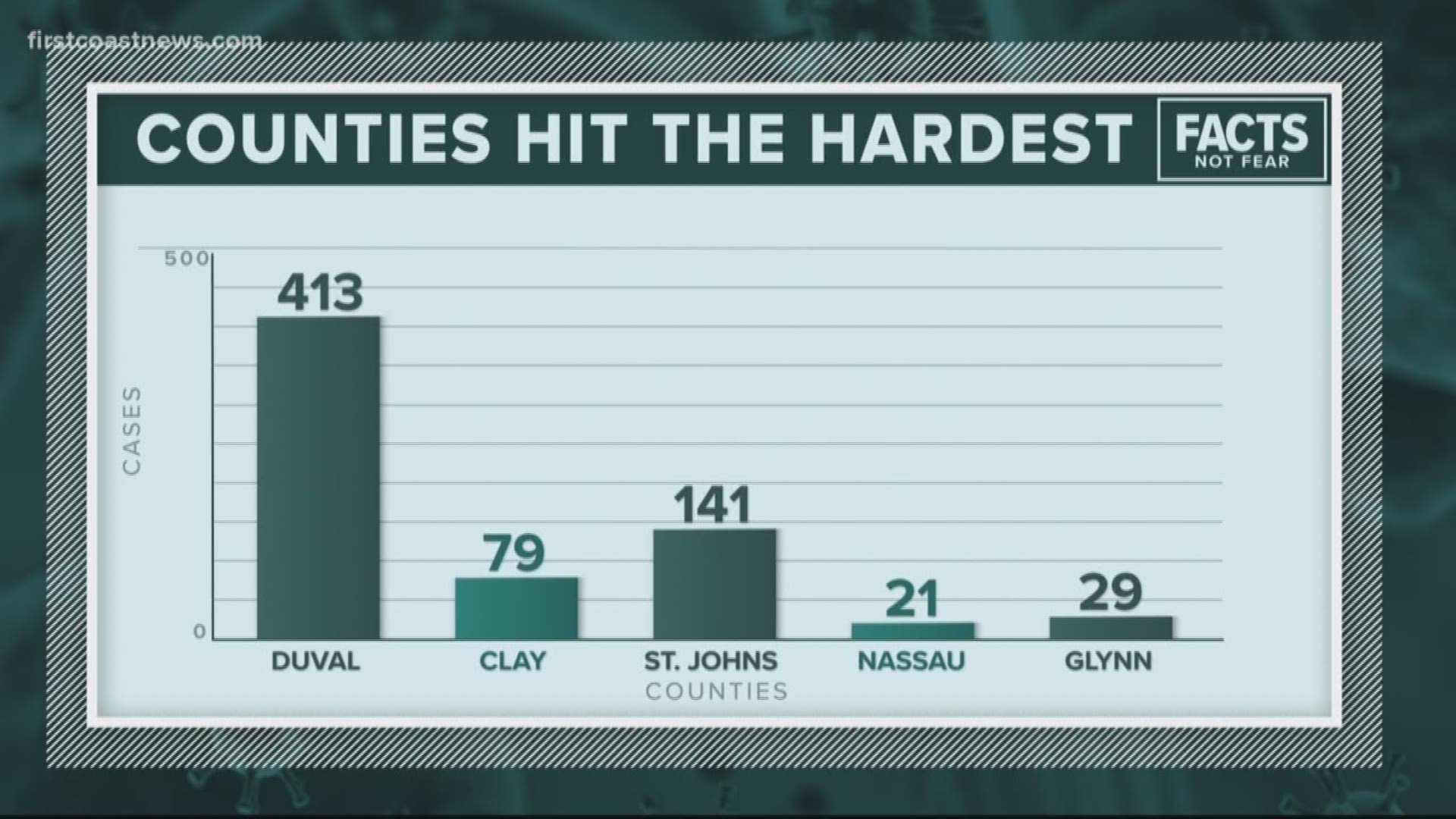 The poll assessed opinions on local and national leaders as well as current opinions statewide amid the pandemic, which has killed more than 200 Floridians.

The UNF Public Opinion Research Lab conducted the poll using an e-mail surveying platform with 3,244 registered Florida voters between March 31 and April 4. The margin of error was plus or minus 1.7 percentage points.

The poll showed 45% of respondents approving of Trump’s performance in addressing the pandemic, while 53% disapproved. Also, 58% of those polled said they trusted Trump “not much” or “not at all” as a source of information about the coronavirus outbreak, and 55% felt the federal government’s measures to slow the spread of the disease had not gone far enough.

DeSantis also received a mixed response, with approval of 51% and disapproval from 46%. Of the respondents, 57% said the state government’s measures to contain the coronavirus had not gone far enough.

The strongest approval was reserved for Dr. Anthony Fauci, director of the National Institute of Allergy and Infectious Diseases, with 86% trusting him a great deal or a fair amount.

“Among Republicans’ approval numbers, DeSantis (76%) and Trump (85%) are doing very well despite the national criticism about their response,” said Dr. Michael Binder, director of the UNF Public Opinion Research Lab. “However, no elected officials are receiving the levels of approval that Dr. Fauci has garnered.”

Florida senators Marco Rubio and Rick Scott also received mixed responses: A 38-35 margin of approval for Rubio, with 37-39 for Scott.

In Jacksonville, Curry fared much better. Among 374 people responding, 70% said they somewhat or strongly approved of Curry’s performance during the pandemic, while 24% disapproved and 6% were unsure.

“Relative to Trump and DeSantis’ support, mayors and local government have filled the leadership void and been rewarded with high levels of support,” Binder noted. “Even though this job approval was asked specifically about the COVID-19 response, a mayor like Curry who has had a really tough year, has at least turned public opinion on this issue.”

The coronavirus stirred strong concerns among respondents, 93% of whom considered themselves very or somewhat concerned about the pandemic in general, while 79% said they were very or somewhat concerned about personally contracting the disease and 67% said someone in their household was at high risk for severe illness. However, only 17% reported personally knowing someone who had tested positive for COVID-19.

Eighty-three percent of respondents said they were very likely or somewhat likely to get a vaccine for the coronavirus if one becomes available.

Of the various effects from the coronavirus on households, respondents were most likely to say that someone in their household was working from home (42%) because of the disease. However, 28% reported someone was under voluntary self-isolation, 27% had someone with hours cut and 23% said a household member had been laid off.

Although 84% said they were very or somewhat concerned about the disease’s effects on their personal finances, a two-to-one margin felt the public health impact of the disease was a greater concern than the economic impact.

Asked whom respondents would vote for in an election between Trump and former Vice President Joe Biden, the Democratic front-runner held a 46-40 advantage in polling, including 44-31 among independents.

Most respondents agreed that they were having trouble finding some supplies during the pandemic. In all, 37% said they had the most trouble obtaining cleaning products like hand sanitizer, while 34% identified paper products, including the much-coveted toilet paper.

RELATED: COVID-19 projection shows height of US need for ventilators, beds will be mid-April